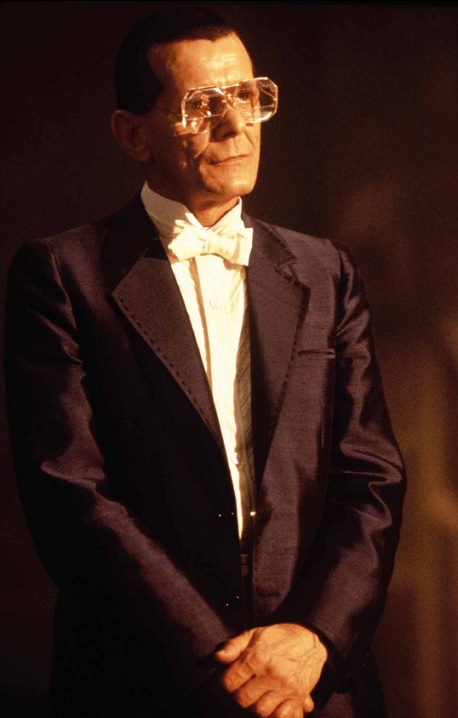 Actor Joe Turkel, who was known for his roles in The Shining and Blade Runner, died on Monday, June 27, 2022. He was 94 years old.

Turkel could put simmering tension into a scene, which he did well as the ghostly bartender Lloyd in The Shining, and the replicant creator Eldon Tyrell in Blade Runner.

He was born in Brooklyn on July 15, 1927, joined the army when he was 17 years old, and served in Europe during World War II. Once home in the US, he moved to California to pursue his acting career, landing his first role in 1949’s City Across the River.

His work throughout the ‘50s included The Lone Ranger, Stanley Kubrick’s first feature film, The Killing, The Life and Legend of Wyatt Earp, and Dragnet. In the ‘60s, Turkel was in The Boy and the Pirates, Tormented, he guest starred in a few episodes of The Untouchables, Ben Casey, Village of the Giants, King Rat, The Andy Griffith Show, The Sand Pebbles, The St. Valentine’s Day Massacre, and Bonanza.

Turkel’s prominent later roles, aside from The Shining and Blade Runner, were in Adam-12, SWAT, Tales from the Darkside, Miami Vice, and his final movie was 1990’s The Dark Side of the Moon.