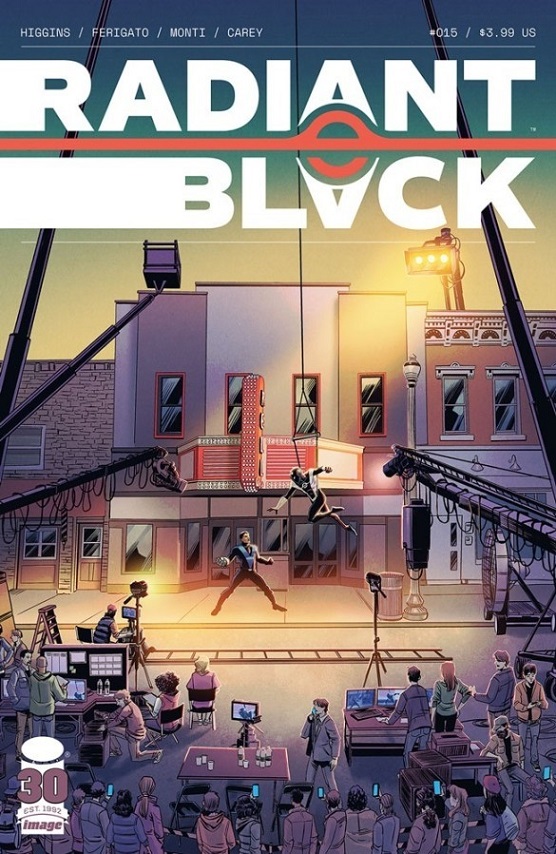 Image Comics’ Massive-Verse has expanded to include an original animated short from Tiger Animation and Black Market Narrative. The animated short was revealed in Kyle Higgins and Marcelo Costa’s Radiant Black #15 via a QR code that sent readers to the video, featuring the voice of Will Friedle (Batman Beyond).

“The first time I met Radiant Black in a comic book, I knew immediately what would happen: I would need to get caught up on all things Nathan and Marshall. And that’s exactly what I did,” Tiger Animation Executive Producer & CEO Seohoon Son said. “I have put a lot of thought into how to express Radiant Black’s actions, movements, and effects for animation, as powerful as Kyle and Marcelo have imagined. Along with my Tiger Animation team, it has been an honor to work with Radiant Black and to get to know him even better in the process.”

“For as long as I can remember, superheroes have been an important part of my life,” Higgins told IGN. “But while I pursued a career in comic books and filmmaking because of them, it was animation where I fell in love with them. Teenage Mutant Ninja Turtles, Batman: The Animated Series, X-Men, Spider-Man, Gargoyles, Batman Beyond…say what you will about the ‘90s, it was a pretty golden age for one of our favorite mediums.”

“One of the goals with Radiant Black has always been to find ways to both celebrate the things that we love while also pushing the boundaries and conventions of what we think a modern superhero book can be. The opportunity to build an in-universe short film like this, working with an amazing cast of collaborators, has been very special,” Higgins said.

“It also brings things full circle, giving Alec [Siegel] and myself the chance to revisit the world of C.O.W.L. and our short film that inspired it, The League,” Higgins said. “Rick Cramer and Reginald James even came back to voice Geoffrey and Blaze, some 15 years after we made the original short film with them. Oh yeah and then, you know, throw in Mr. Batman Beyond himself, Will Friedle? So schway.”