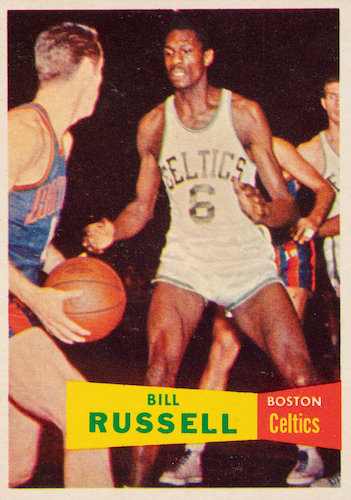 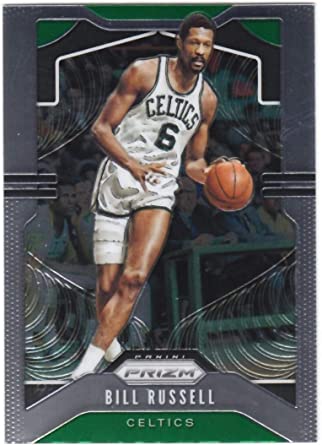 Boston Celtics Hall of Fame center Bill Russell died in his sleep on Sunday, July 31, 2022. He was 88 years old.

Considered to be one of the greatest NBA players of all time, Russell changed defensive concepts as an incredible shot blocker and rebounder. He had 51 rebounds in one game, had 12 straight seasons of 1,000 or more rebounds, and had a career total of 21,620 rebounds. A 5-time MVP and 12-time All-Star, Russell won 8 straight titles and 11 overall (the last two were won while he was a player and as the NBA’s first Black coach).

Russell was born in Monroe, Louisiana, on February 12, 1934, then grew up in the San Francisco area. He earned a scholarship to the University of San Francisco, where he was a two-time All-American and the NCAA tournament Most Outstanding Player in 1955. Then he led the US basketball team to a gold medal at the 1956 Olympics.

He was drafted to the St. Louis Hawks in ’56, and the Celtics quickly set up a trade to get him on their squad. The Celtics scored the NBA’s best regular season record in the 1956-1957 season and won their first title.

In ’66 he moved into the coaching position at Boston, becoming the first Black coach in any major league sport. Russell retired from the Celtics in ’69 after winning his 11th championship, and later coached the Seattle SuperSonics (making the playoffs twice) and spent one season with the Sacramento Kings. He moved into hosting radio and TV talk shows as well as writing newspaper columns.

Russell was awarded the Medal of Freedom by President Obama in 2011, and in 2017, the NBA honored him with the Lifetime Achievement Award.