The Rebels Align in Andor Trailer 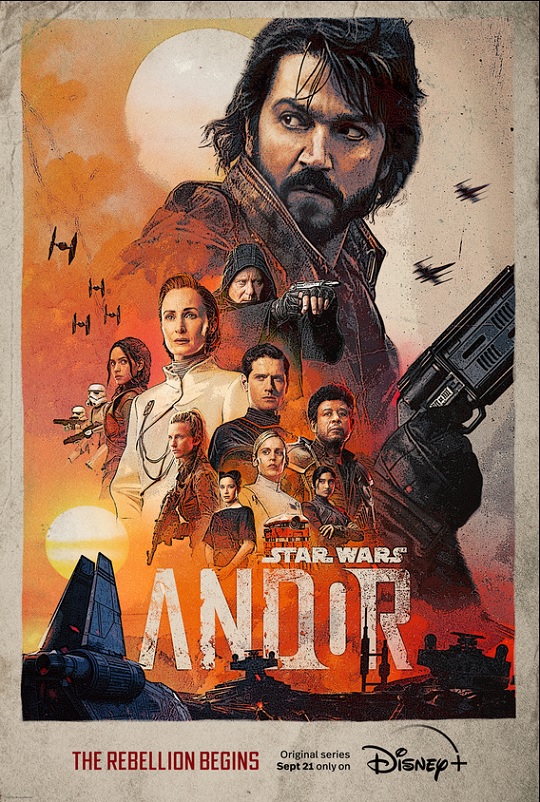 The first full-length trailer for Andor, the next Star Wars Disney+ series, has arrived. The prequel to Rogue One will tell the story of Cassian Andor (Diego Luna) as he fights in the shadows against the Empire.

Cassian’s voiceover opens the trailer by explaining who to steal from the Empire and that “…They can’t imagine that someone like me would ever get inside their house.” Stellan Skarsgård is introduced as rebel leader Luthen who recruits Cassian to the cause and reaches out to Saw Gerrera (Forest Whitaker) for help as well. The trailer goes on to show characters – wealthy and poor, Empire and Rebels – executing their own schemes.

Andor was created by Rogue One co-writer Tony Gilroy, who will also direct five episodes, including the pilot. Luna is executive producing the series.

Genevieve O’Reilly, who played Mon Mothma in Rogue One, is also back. The cast is rounded out by Alex Ferns, Adria Arjona, Fiona Shaw, and Denise Gough.

It’ll start streaming on September 21 with the first three episodes, changing from the previously announced date of August 31. The series will be told in two-parts with filming of the second group of 12 episodes starting in November 2022.