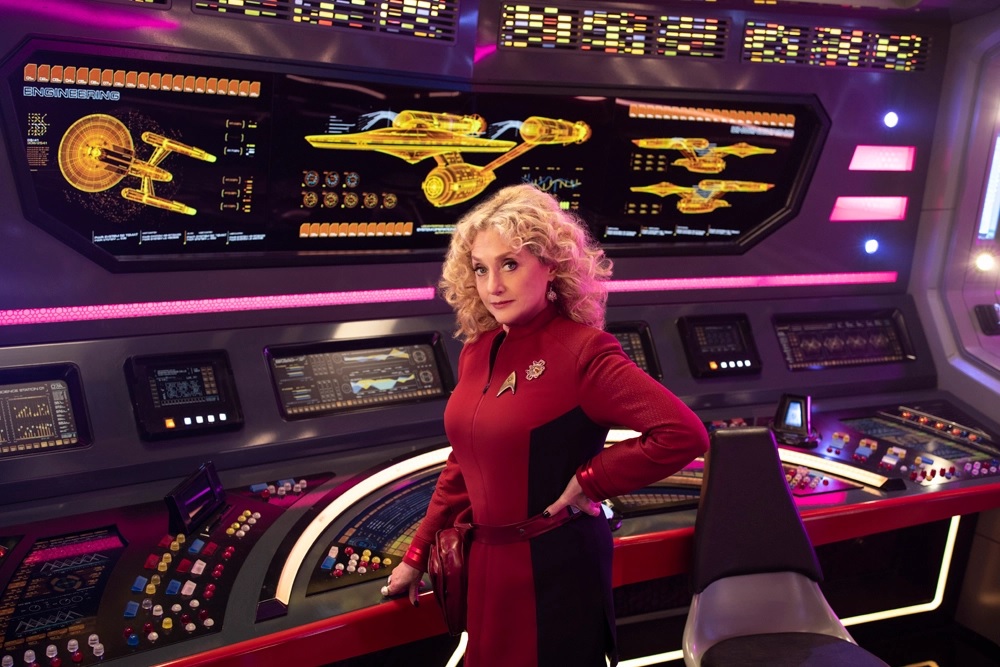 Carol Kane is heading to the new frontier. The Oscar-nominated actress is joining the second season of Star Trek: Strange New Worlds on Paramount+. She’ll play the recurring role of Chief Engineer Pelia, which was announced on Star Trek Day.

“Highly educated and intelligent, the Enterprise’s new senior engineering officer suffers no fools. Pelia solves problems calmly and brusquely, thanks to her many years of experience,” the description reads on StarTrek.com.

Strange New Worlds began in May 2022, telling the stories of when Captain Christopher Pike helmed the U.S.S. Enterprise well before Captain Kirk took the reins. The show stars Anson Mount as Pike, who was introduced in Star Trek: Discovery season two, along with Rebecca Romijn as Number One and Ethan Peck as Science Officer Spock.

Strange New Worlds has completed production on season two and is set for release sometime in 2023.