New Karate Kid Movie in 2024; Not Connected to Cobra Kai 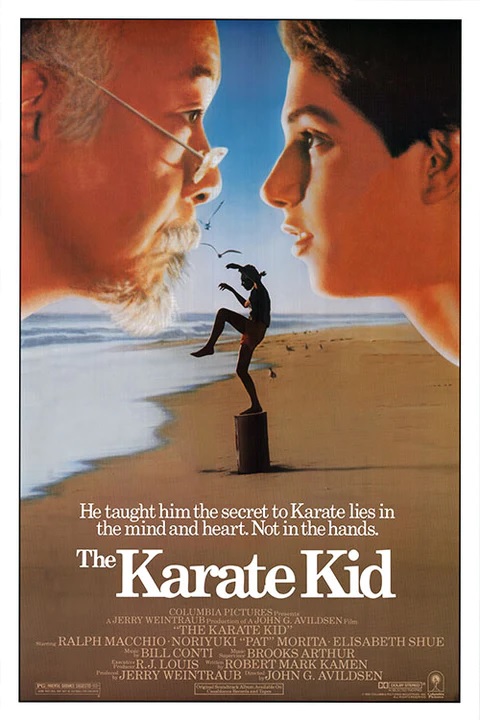 Sony’s Columbia Pictures has announced that a new Karate Kid movie will arrive in theaters on June 7, 2024.

Very little is known about the production aside from the description, “The return of the original Karate Kid franchise.” The cast, filmmakers, and plot details have not been announced.

Released in 1984, the original Karate Kid starred Ralph Macchio as Daniel LaRusso a teenage boy who finds trouble at his new school when he falls for Aly (Elisabeth Shue) the ex-girlfriend of karate champion Johnny Lawrence (William Zabka). To confront Johnny and his Cobra Kai friends, Daniel learns karate from soon to be mentor Mr. Miyagi (Pat Morita).

The bighearted film spawned two sequels with Macchio and Morita, followed by a fourth film with Morita and new student Julie Pierce (Hilary Swank). A remake was released in 2010 starring Jackie Chan and Jaden Smith.

Immediately after the news broke, the big question became whether or not the movie would be connected to Cobra Kai, the popular Netflix series. Cobra Kai, which just dropped its fifth season, caught up with Johnny and Daniel, while also introducing a new crop of karate kids. The series explores the complexities of both former All-Valley Karate Champions and the talented teenagers they teach.

Once the new movie was announced, Cobra Kai showrunner Jon Hurwitz revealed that he and co-showrunners Hayden Schlossberg and Josh Heald are not involved in the film, and it will not include the Cobra Kai characters. “The guys and I would love to make Karate Kid and Cobra Kai movies and hope to someday. But this one isn’t from us or focused on the Cobra Kai cast. Don’t know much about it, but wish it well,” Hurwitz tweeted.