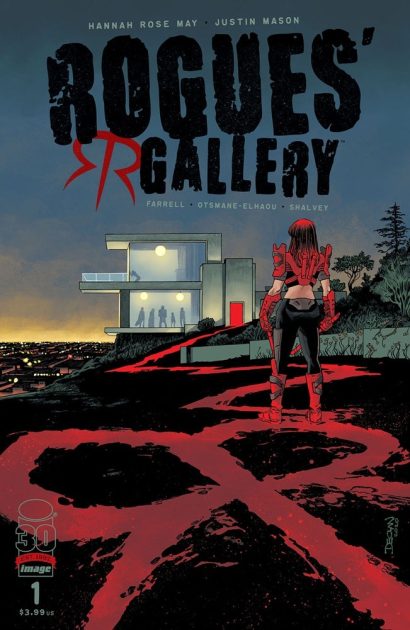 The Rogues’ Gallery comic miniseries by Hannah Rose May is being optioned for a TV series. Iron Man actor Don Cheadle’s production label, This Radicle Act, has optioned the comic for a first look with Industrial Media and plans for a series. The Image Comics miniseries just released the third issue.

Rogues’ Gallery is about the moment when fandom goes too far. Maisie Wade is an actress who plays Red Rogue, a popular comic book heroine, on a show that is going farther away from the comic book source material. When she decides to leave the show and it gets abruptly cancelled, a group of enrages superfans decide to break into her home in retaliation – while donning the costumes of Red Rogue’s villains. The story about toxic fandom turns into a home invasion horror story with Maisie trying to survive the invaders.

May will serve as an executive producer on the series through her Weird Neighbour Productions banner. Cheadle, Karyn Smith-Forge, and This Radical Act will also be EPs on the series.