Tuesday, December 6, 2022
Scoop is a totally free e-newsletter, produced for the benefit of the friends who share our hobby!
Home 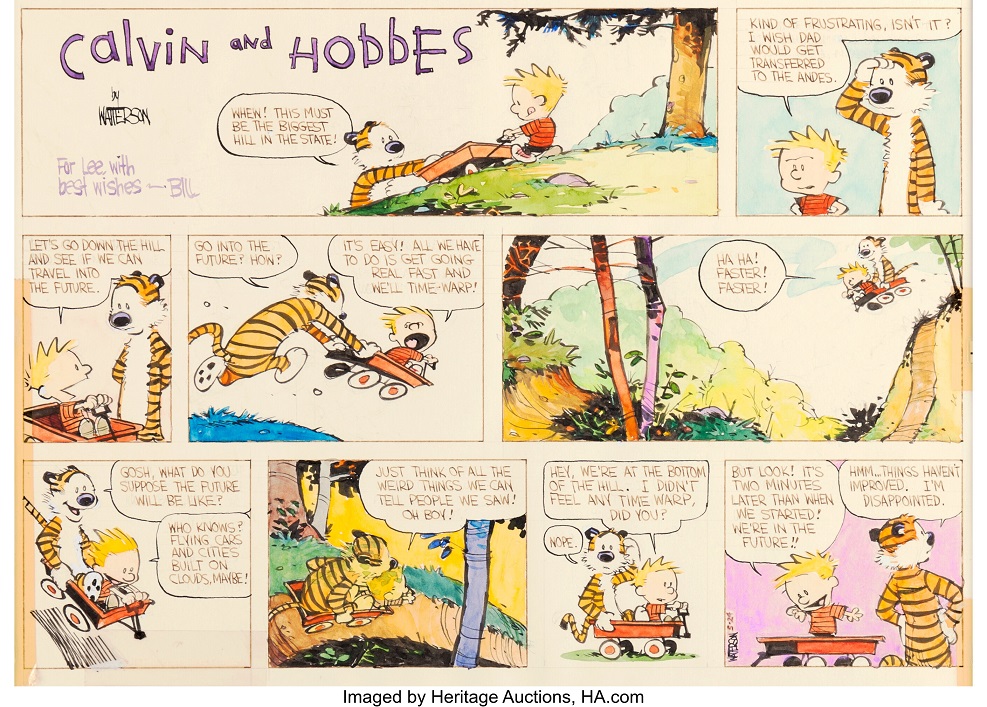 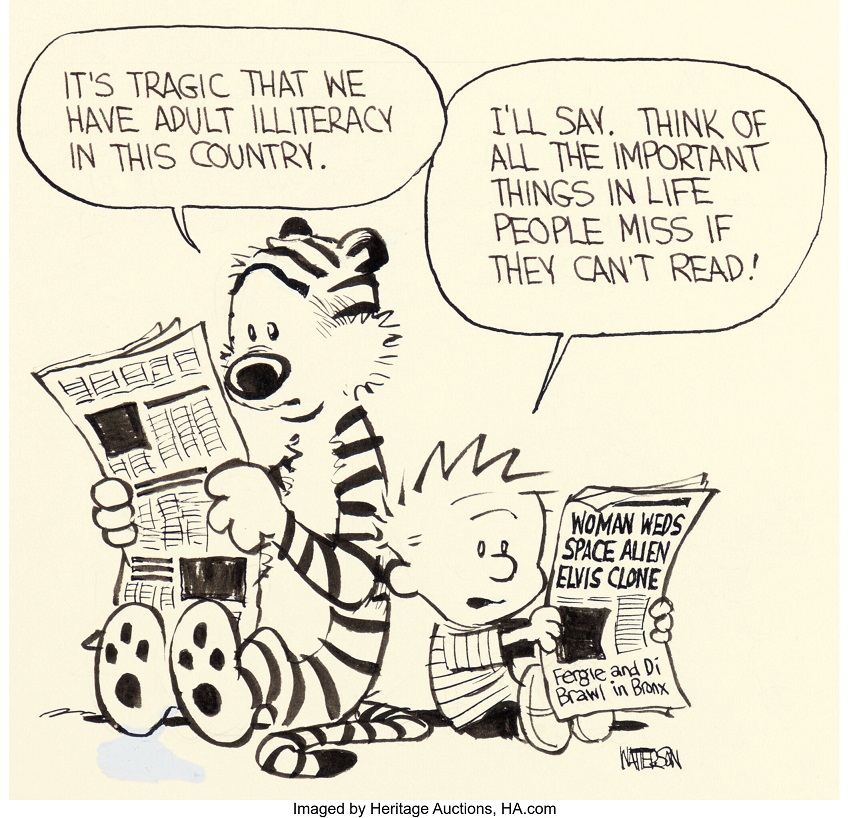 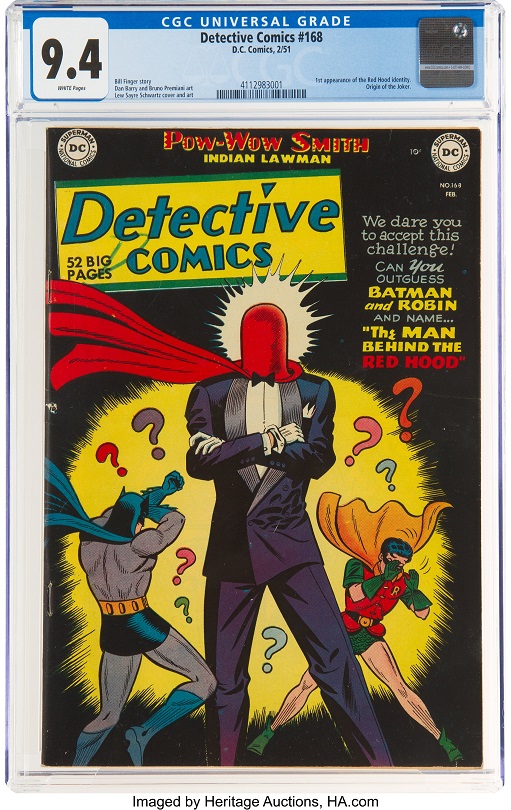 A pair of cartoon best buddies led the first session of Heritage’s Comics & Comic Art Signature Auction. A Calvin and Hobbes Sunday comic strip by Bill Watterson sold for $480,000, setting a new auction record for Watterson and his creations. Additionally, that price ties the record for most valuable original newspaper strip sold at auction.

The Sunday comic strip original art, dated May 24, 1987, comes from the collection of Watterson’s late editor Lee Salem. The strip shows Calvin and Hobbes making a plan to use their red wagon for a time traveling trip to the future. When their trip takes them to the bottom of the hill instead of another time period, Hobbes laments, “Things haven’t improved, I’m disappointed.” Watterson added a note in the title panel for his editor that reads, “For Lee with best wishes – BILL.”

This is only the second Watterson piece to appear at auction, according to Heritage. In September 2022, Heritage sold a daily strip from February 1992 for $216,000.

“All of us here, and every collector we’ve talked to, feels Calvin and Hobbes is at the very top of the entire history of newspaper strip art, so it’s very gratifying to see the final prices reflect that,” Heritage Vice President Todd Hignite said. “Not only were these extraordinary works, but they belonged to the man who discovered and nurtured Watterson, and we’re thrilled we could represent Watterson and Lee Salem’s family in this history-making sale.”

“We knew from the moment it came in that this would be the record-setting Calvin and Hobbes strip, and we always felt it could become one of the world’s more valuable newspaper strips ever sold,” Heritage co-founder and co-chairman Jim Halperin exclusively told Scoop. “Just as a fan and student of these artists, it’s extraordinarily gratifying to see Bill Watterson now tied with Alex Raymond on a world’s most valuable list. The first 90 minutes of this auction was absolutely thrilling; can’t wait to see what the next four days bring.”

Batman also saw success in the auction when Detective Comics #168 CGC 9.4 hammered for $324,000. This sale set a new record for the key book that tells the origin story of the Joker.