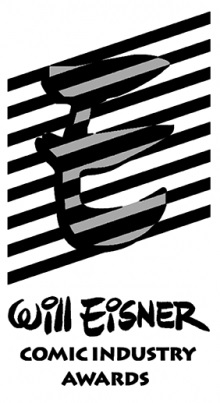 Comic-Con International has announced the panel of judges for the 2023 Will Eisner Comic Industry Awards. This year’s judges will be Moni Barrette, Peter Jones, Jen King, Sean Kleefeld, A. David Lewis, and T.J. Shevlin.

Barrette has been a librarian for 16 years with expertise in comics and has worked at LibraryPass as the Director of Content Management and Publisher Relations. Her accomplishments include co-founding the nonprofit Creators Assemble, being president of the American Library Association’s Graphic Novel & Comics Round Table, and adjunct lecturer at San Diego State University.

Jones is a lifelong comic collector and vice-president and treasurer of the educational nonprofit IPACE League. He attended the first San Diego Comic-Con in 1970 and has been going to the convention ever since.

King has 30 years of comics industry experience as the owner of Planet Comics and Space Cadets Collection and co-founder of the Comic Book Shopping Network and The Experience. She is on the CBLDF board, Bink finance committee, and is a ComicsPRO member.

Kleefeld is a journalist and researcher who has worked with Marvel, Titan, Salem Press, 20th Century Fox, and MTV. He writes the “Incidental Iconography” column for The Jack Kirby Collector, wrote the book Comic Book Fanthropology about comic fans, and wrote Webcomics as a part of Bloomsbury’s Comics Studies series.

Lewis is the Eisner-nominated author of American Comics, Religion, and Literary Theory: The Superhero Afterlife and co-editor of Graven Images: Religion in Comic Books and Graphic Novels and Muslim Superheroes: Comics, Islam, and Representation. He has founded two university library collections of comics and graphic novels, and is the director of the MHS degree at the MCPHS University School of Arts and Sciences.

Shevlin spent eight years as the manager of St. Mark’s Comics in New York City. He worked with Kevin Eastman to establish IDW’s Comic Art Gallery and curate events and exhibits. Currently, he is a product development coordinator at Upper Deck.

SDCC’s awards subcommittee selected the judges, with representatives from creators, retailers, academics/historians, journalists, and fans. The judges will choose the nominees for the Eisner Awards in around 30 categories. Comics industry pros will then vote on the nominees and results will be announced at San Diego Comic-Con in July.