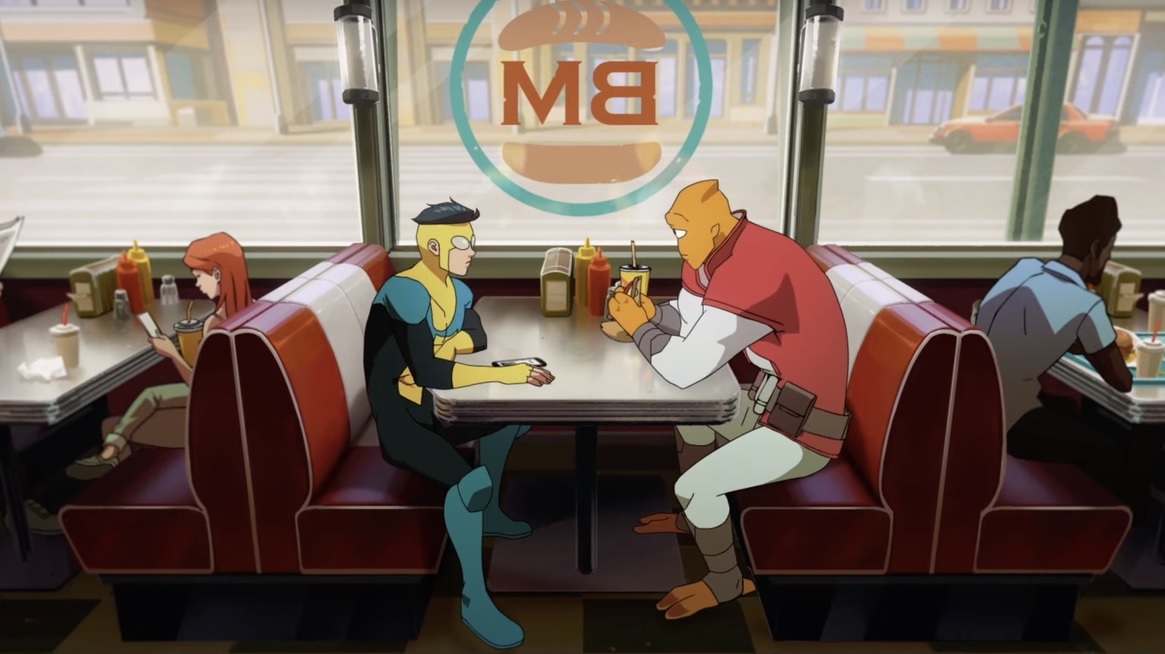 The Invincible animated series based on the comic by Robert Kirkman has gotten a clearer release window for season two. Prime Video dropped a video with Mark Grayson/Invincible (voiced by Steven Yeun) and Allen the Alien (Seth Rogan) announcing that season two will be released in late 2023.

The two-minute video shows Mark and Allen catching up over a burger. After Mark asks Allen if he found Urath, Allen heckles Mark for an update saying, “It’s been a while. I think everyone agrees it’s been, like…a little ridiculous how long it’s been.” From there, the video breaks the fourth wall with Mark explaining why it has been so long by showing Invincible writing the script, designing costumes, storyboarding, and Yeun himself recording the dialogue. Then it gives the animators the spotlight by breaking down the complex process of animating the series. Once Allen pushes more, Mark states that Invincible will return in late 2023.

Invincible debuted on Prime Video in March 2021, hence the jabs at how long it’s been, and quickly became a big success on Prime Video. In the comic, by Kirkman with art by Ryan Ottley and Cory Walker, Mark Grayson adjusts to his superpowers that recently emerged. He is also the son of Earth’s powerful defender Omni-Man and as such, is expected to live up to his father. The first season of the animated series explored the pivotal comic arc when Mark discovers that his father is not the hero he thought and is actually more of a supervillain.