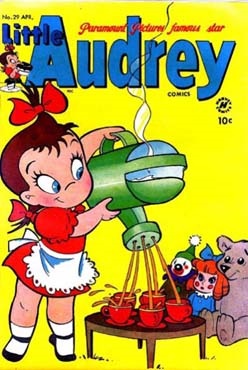 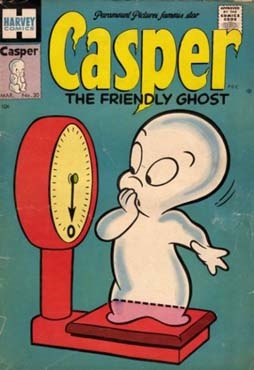 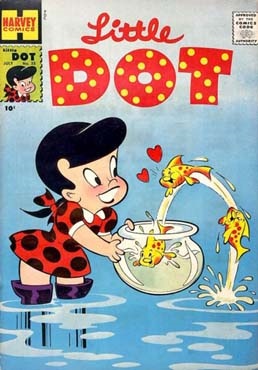 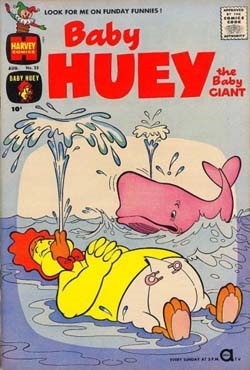 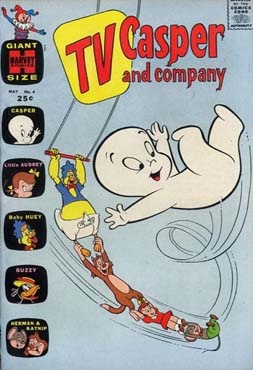 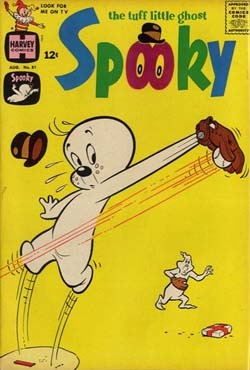 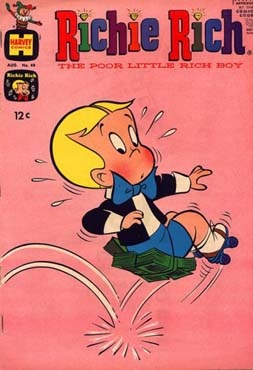 What makes the best comic book covers? It’s a great topic for debate. For us as individuals there is no wrong answer, of course. It’s purely subjective. But with a little thought it is frequently possible to explain what it is about a particular image that grabs you. The best ones are the ones that make you stop and check out something you weren’t previously going to purchase – and in some cases, you even end up picking up a title you’ve never even heard of before.

When it came to cover art, few companies could ever match Harvey. No company in the history of comics could use open space and bold, bright and often primary colors so consistently and inventively. Characters such as Casper, Little Dot, Richie Rich, and Stumbo the Giant were so familiar, so innocent, so easy to understand, that most of their covers only needed the character themselves to appear in order to sell a book.

There would almost always be a small, mild gag built around the essence of a character. Maybe Little Dot had covered her aunt’s lampshade with dots. It wouldn’t be unusual to see Stumbo the Giant sleeping on an entire hillside. Casper had a habit of scaring people with a smile and Hot Stuff, the James Dean of Harvey, could just stand there as smoke rose from around him and people would love him. Maybe Baby Huey would accidently step on a rake…

What sold Harvey comics more than anything was joy. When a 4 or 5-year-old child looks at a comic book cover, they aren’t looking for something leaping across tall buildings, they are looking for what they know. A small child knows color and shapes. They know smiles. They know fish and counting. Yes, they are building larger concepts such as money in their brains. An 8-year-old understands that Richie Rich has money and understands the concept of money. While 5-year-olds know that they like bow ties, and maybe green, and that their brothers were giants in the school play and that their sisters were witches for Halloween.

When the company first acquired the license from Paramount for so many of its animated characters their covers were a bit more crowded. As time went on and they found out what attracted readers to their titles, they tended to move towards a simpler design.

Another important part of Harvey covers of the late ’50s and early ’60s is that they showed the characters having fun. This was a group of comics where the characters liked each other and often interacted. The concept of sociability is barely there in someone who has yet to leave for kindergarten. To see a ghost, cat, mouse, and maybe a duck on a trapeze while they are all laughing is a positive message that often disappears.

Today Harvey is long gone. Richie Rich was able to stay alive in films for a while. As was Casper. But the publisher’s gentle brand of adventure and storytelling is seldom seen in today’s cynical, hyper, and self-aware marketplace. Where are Stumbo and Baby Huey when you need them? Until they show up, let’s look at why Harvey Comics sold so consistently for so long. The company knew how to get a 5-year-old to look at a comic book. And they knew how to make parents feel safe as well. So when the child demanded the book, the dime came out of the pocket… and everybody won.

Especially the kid with the new comic book who just found a hobby for life.