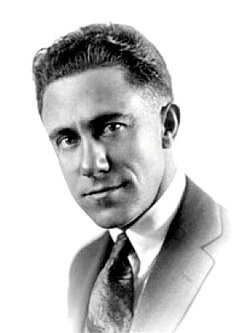 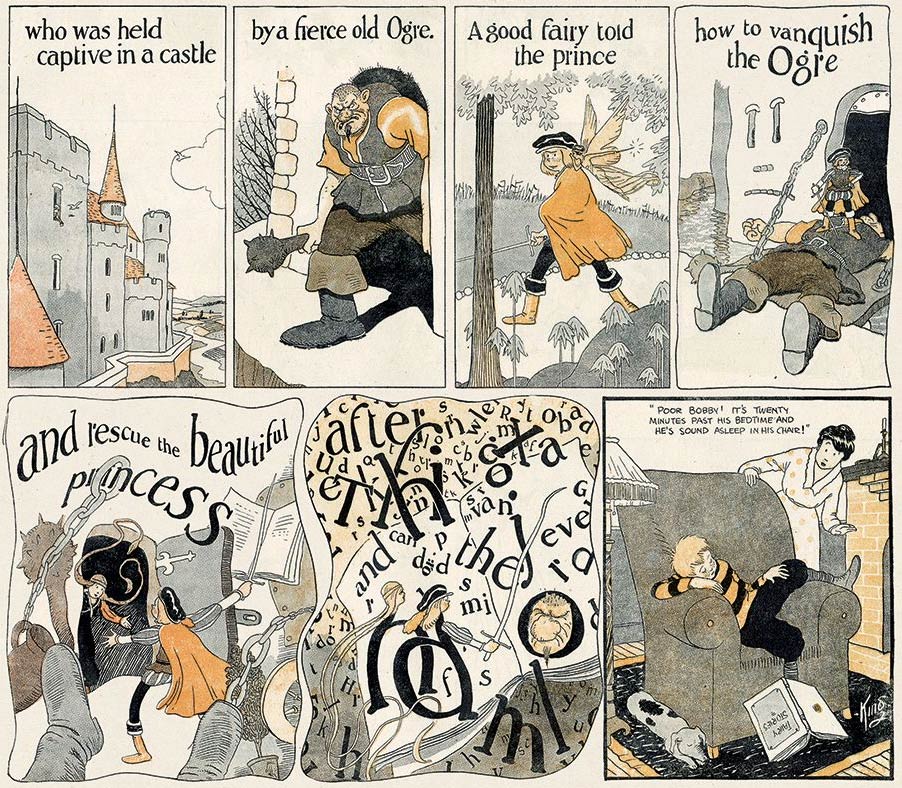 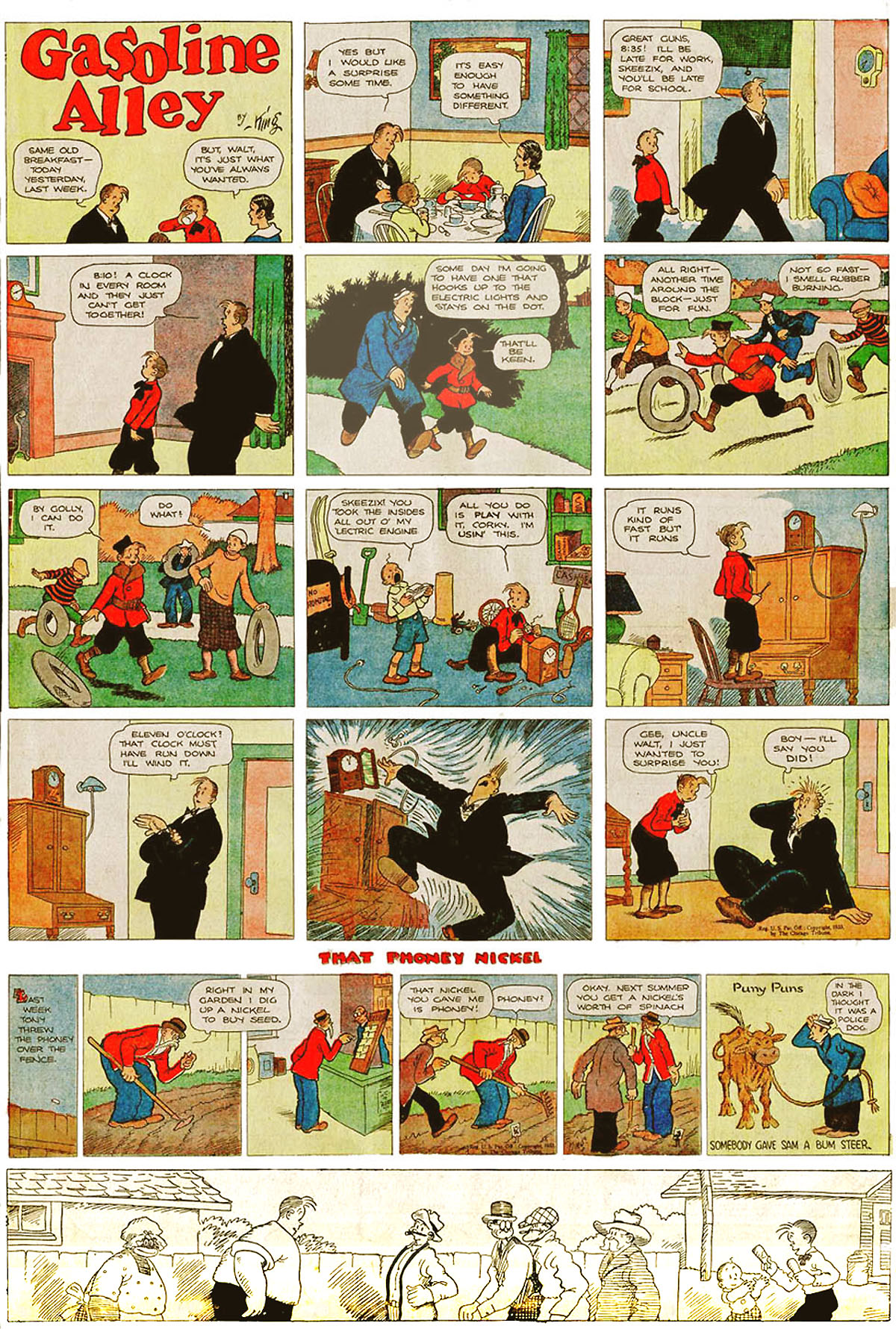 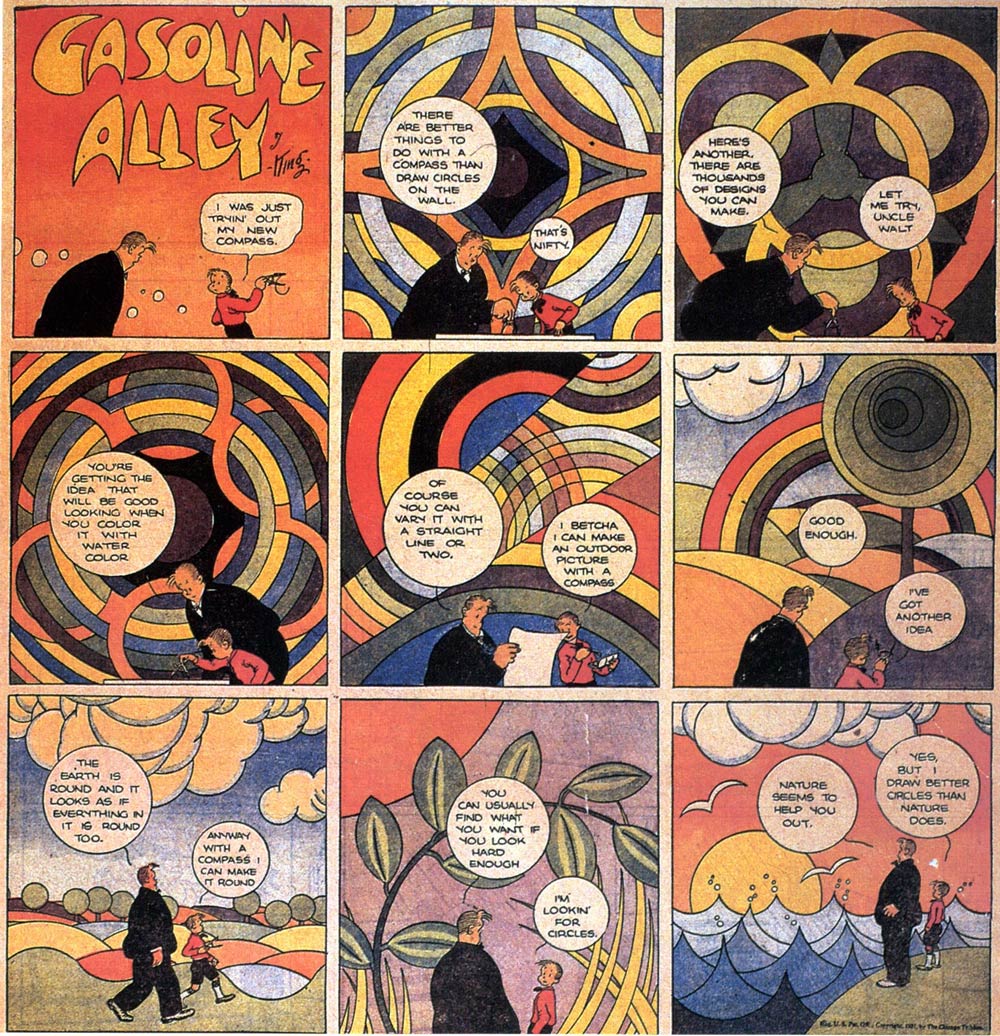 Over 100 years ago, cartoonist Frank King introduced readers to patriarch Walt Wallet and the colorful residents of Gasoline Alley. Along with innovations in color and page design, King introduced real time continuity to comic strips by showing his characters aging over generations. Before creating what has become the longest running current strip in the United States, King was entering county fair drawing competitions and earning 25¢ for his drawings.

The Wisconsin native was born on April 9, 1883, and started pursuing his passion in art at a young age, including drawing a sign for a hotel bootblack. This art was seen by a traveling salesman who arranged an interview for King with a Minneapolis newspaper editor. This led to a four-year run at the Minneapolis Times, during which time King doubled his salary from $7 to $14. Along with creating drawings and doing retouching for the newspaper, King worked as a courtroom sketch artist. He later studied art at the Chicago Academy of Fine Arts and briefly worked at an ad agency and the Chicago American. He spent three years with the Chicago Examiner, working alongside fellow cartoonist T.S. Sullivant, before leaving in favor of the Chicago Tribune.

At the Tribune, King worked with Clare Briggs, Dean Cornwell, and Garrett Price. During this time he launched the short-lived daily comic strip Jonah, a Whale for Trouble, followed by the Sunday strips Young Teddy and Hi-Hopper. King also created The Rectangle, The Boy Animal Trainer, Here Comes Motorcycle Mike, and his first successful full-page comic Bobby Make-Believe. Throughout World War I, King was oversees drawing images of the war for publication in American newspapers.

King’s greatest claim to fame came with the debut of Gasoline Alley in 1918. The strip was initially introduced in the Tribune’s Sunday page, The Rectangle, before quickly gaining recognition to become a daily strip the following year in the New York Daily News. In the early strips, Gasoline Alley dealt with a group of automobile enthusiasts who held weekly conversations in an alley. By 1921, the strip added a new family narrative with Walt Wallet finding a newborn infant on his doorstep. The future storylines reflected traditional American values and saw the characters aging in real time.