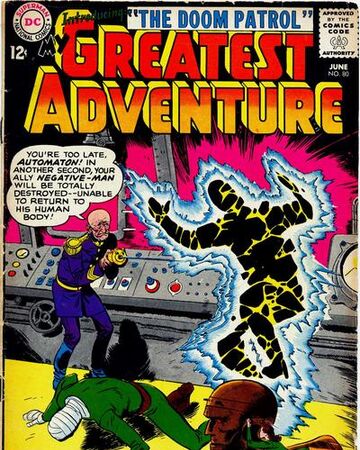 Known for: The first appearance of the likes of Elasti-Girl, Negative Man, Robotman and the Chief, collectively known as the Doom Patrol! The Chief brought together these superpowered heroes in order to combat an alien force as a group, eventually facing off against one of the Chief’s personal foes, General Immortus.

Did You Know?: My Greatest Adventure was originally an anthology title featuring stories told from a first-person perspective. The series ran for 85 issues between 1955 and 1964, before changing the title over to The Doom Patrol to better highlight the team introduced in this issue.