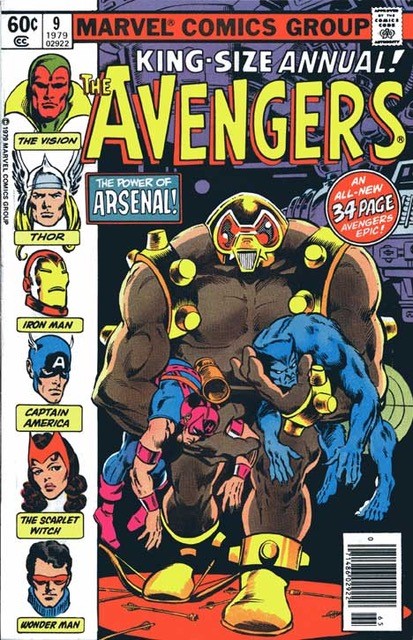 Title: “– Today the Avengers Die!”
Synopsis: A World War II era doomsday robot reemerges to do battle with the Avengers – a group it thinks works for the Axis powers.

Review: Picking up where Iron Man #114 left off, the Avengers spend this giant-size issue battling the robotic weapons system Arsenal. The story by Bill Mantlo is an underrated gem: it’s well-paced, with decent fight choreography and strong character moments. He even offers a logical reason for Arsenal to have existed beneath Avengers Mansion. As good as Mantlo’s story is, the real treat here is the rare Marvel work by Don Newton. The artist provides some wonderful pencils, though they are occasionally overpowered by heavy-handed inks. His storytelling is stronger than usual, though he still has a penchant for odd-shaped panels.

Character quotable: “We don’t know if Arsenal himself is the enemy, or merely the tool of an enemy …” – Iron Man, son of Howard Stark.