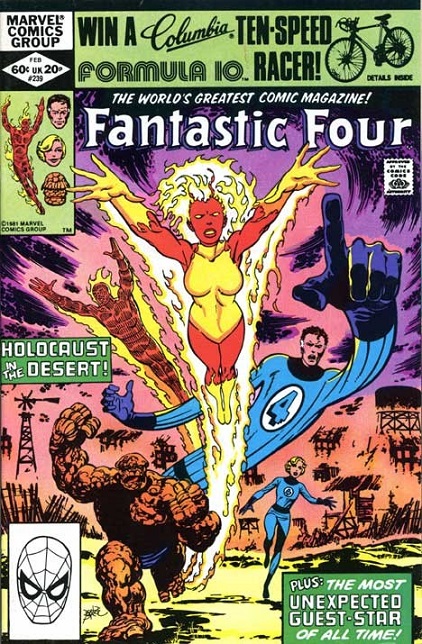 Review: A longtime A-list artist, John Byrne was still honing his craft as a writer on these early Fantastic Four issues. Story wise, this issue is a bit of a mixed bag. On the downside, Byrne continues to deliver character details to new readers via conversation, leading to some awkward and occasionally jarring dialogue. His reach also exceeds his grasp, a bit, as his attempt at a powerful child abuse tale is undermined by a muddled conclusion. But strong character moments abound, and his exposition can border on poetic. The surprising introduction of the previously mentioned but never seen Aunt Petunia makes this issue a must read.

Character quotable: “Wait a minute! This is your Aunt Petunia!” – The Human Torch, dumbfounded