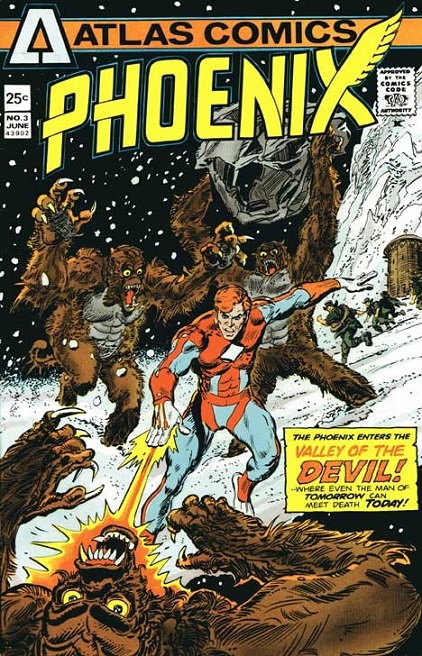 Title: “The Day of the Devil”
Synopsis: Phoenix tries to save a village from a yeti army controlled by Satan – who is actually an alien in disguise!

Title: “The Rat Pack!”
Synopsis: The Dark Avenger saves his brother from a group of masked thugs who use rats to instill terror.

Review: This Steve Ditko-influenced story doesn’t offer much new. But the art is quite nice, thanks largely to Terry Austin’s hyper detailed inks.

Grade (for the whole issue): B

Character quotable: “The devil has no need for fragile men!” – An elderly survivor of a yeti army attack

A word from the artist: “I’m embarrassed to even think of that issue at all. I don’t even have it. I threw away the artwork and the comic book and I haven’t seen it since. It was really just a horrendous last issue for me.” – Sal Almendola, talking about Phoenix #3, in Comic Book Artist #16, December 2001