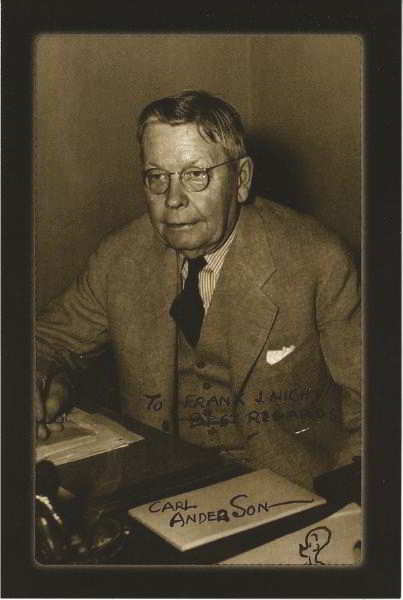 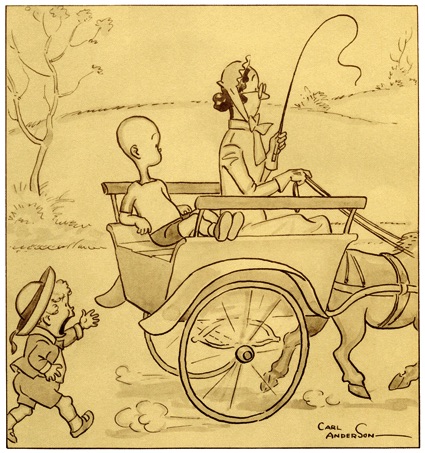 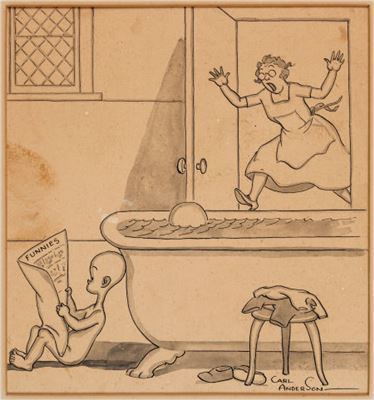 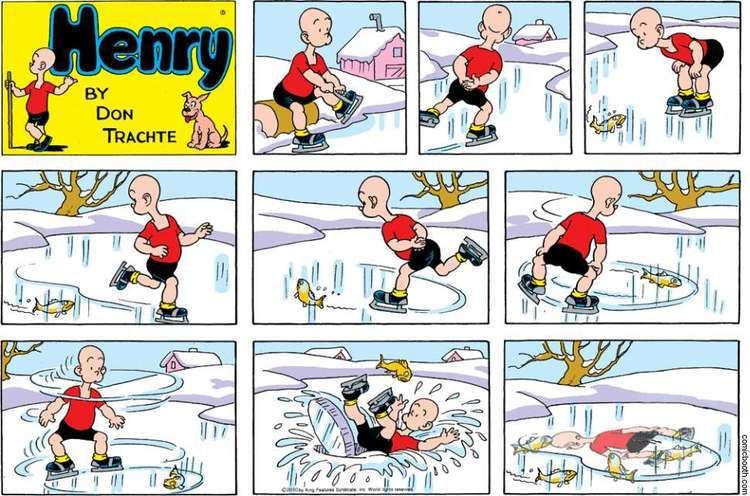 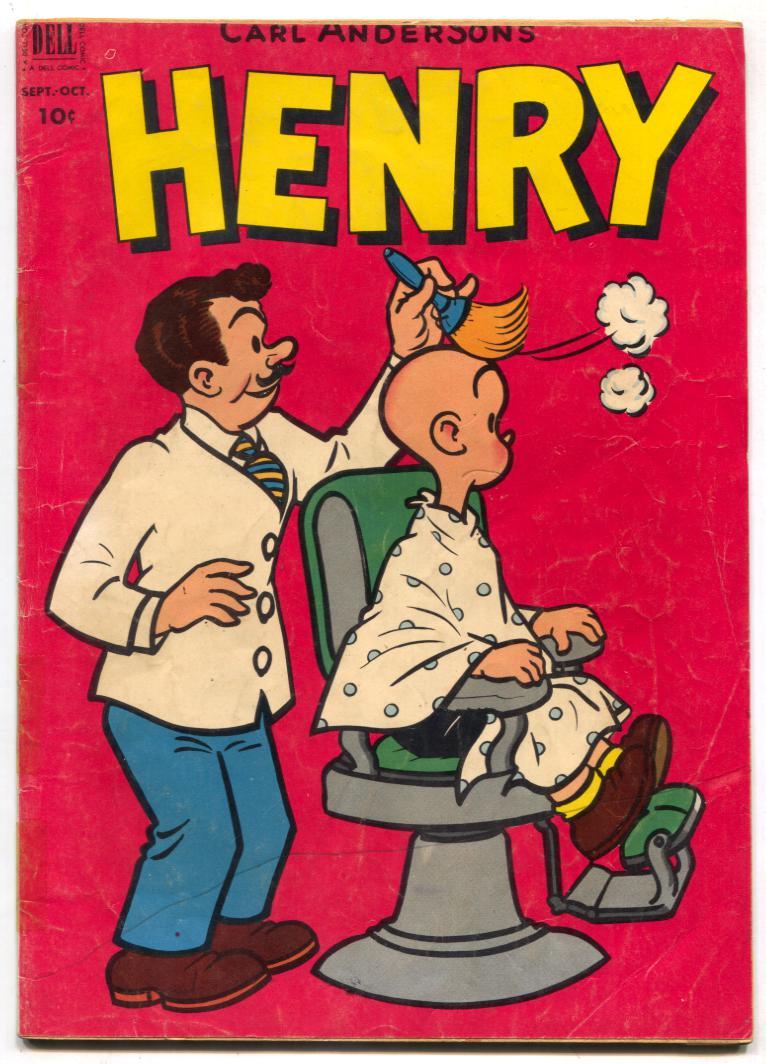 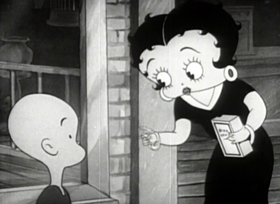 During the early 1930s, newspaper readers followed the pantomime adventures of a young, bald-headed mute named Henry. This popular comic strip was written by American cartoonist Carl Thomas Anderson. But before his creation became autonomous in The Saturday Evening Post strips, Anderson worked for his father where he developed his skills as a carpenter. He eventually became a cabinetmaker and invented a patented folding desk, which is still being manufactured today.

At 25, Anderson pursued his passion for cartooning by attending a pen and ink course at the Pennsylvania Museum and School of Industrial Art. His first art job came in 1894 drawing fashion illustrations for the Philadelphia Times. Soon after, Anderson was hired for Joseph Pulitzer’s New York World where he created the Sunday strip The Filipino and the Chick. This strip attracted the attention of newspaper tycoon William Randolph Hearst, who quickly hired Anderson to work for his newspaper, The Journal. For Hearst, Anderson created Raffles and Bunny and later drew Herr Spiegelberger, the Amateur Cracksman for the McClure Syndicate.

These early strips were not particularly successful, so Anderson began freelancing for such magazines as Judge, Life, and Puck. Amid the Great Depression and his father’s failing health, Anderson moved back home and resumed his carpentry work. He also taught night and mail order classes on cartooning. By this time, Anderson was 67 years old. Despite his advanced age, Anderson decided to give cartooning one more go and submitted his Henry cartoon to The Saturday Evening Post. The strip was taken up immediately and became a regular weekly feature in the magazine.

Cartoonist Art Baxter once described Henry as “similar in many ways to the Little Rascals/Our Gang comedies of the same era. That is children free from the tyranny of an adult presence (mostly): children navigating the world as best they can with the knowledge and experience they currently possess; sometimes getting things right, often getting things wrong, and frequently coming up with solutions to problems unique to their limited experience.” Anderson’s Henry was also credited with positive depictions of African-American characters during an era when these depictions were often unflattering.

While Henry never spoke in his early outing, he appears and speaks alongside Betty Boop in Fleischer Studios’ Betty Boop with Henry, the Funniest Living American and 61 issues of Dell Comics’ Carl Anderson's Henry. Anderson worked on Henry until his death in 1948, after which the strip was continued by his assistants, Don Trachte and John Liney. The strip continued with other artists, before finally being discontinued on October 28, 2018.