The Road to Overstreet #50: Sensation Comics #1 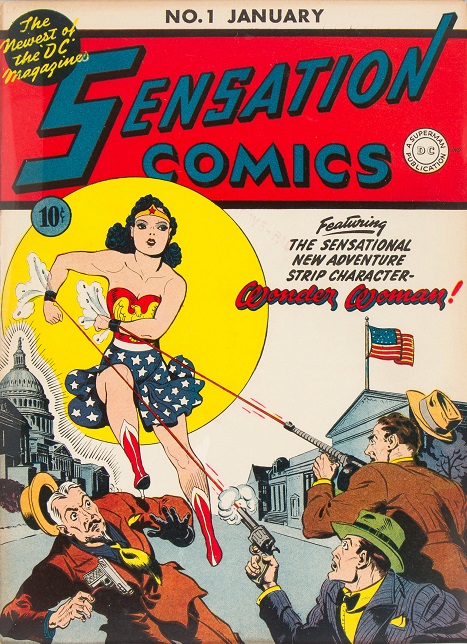 Leading up to The Overstreet Comic Book Price Guide #50 release on July 22, 2020, Gemstone Publishing will commemorate the milestone by diving into the publication’s rich history. Over the Guide’s five decades in print, thousands upon thousands of comic books have been priced, the market has been meticulously studied, and creators, characters, and publishing houses have been featured with detailed coverage. With the 50th edition comes time to revisit how comic values have steadily (sometimes astronomically) risen over the years and reflect on contributions made in crafting the Guide.

When Wonder Woman was introduced to comics in 1941, she became the benchmark by which superheroines would be measured. A member of DC’s trinity and a consummate leader in the Justice League, Princess Diana of Themyscira has shaped, though at times gradually, the portrayal of heroic women in comics.

Introduced in All Star Comics #8 by William Moulton Marston with the help of artist H.G. Peter, Wonder Woman saw her first featured story and cover appearance in Sensation Comics #1. Originally a 10¢ comic in ’42, when Robert M. Overstreet wrote The Overstreet Comic Book Price Guide #1 in 1970, a Near Mint copy of Sensation Comics #1 was selling for $50.