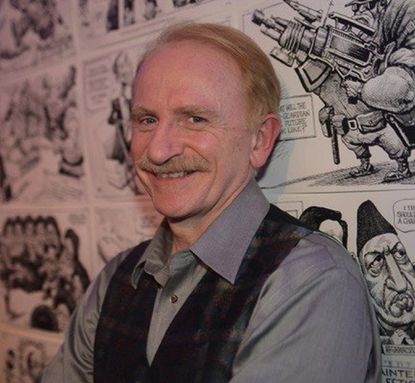 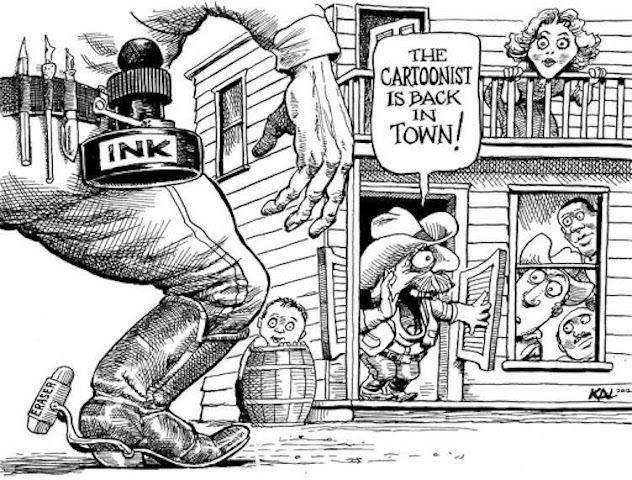 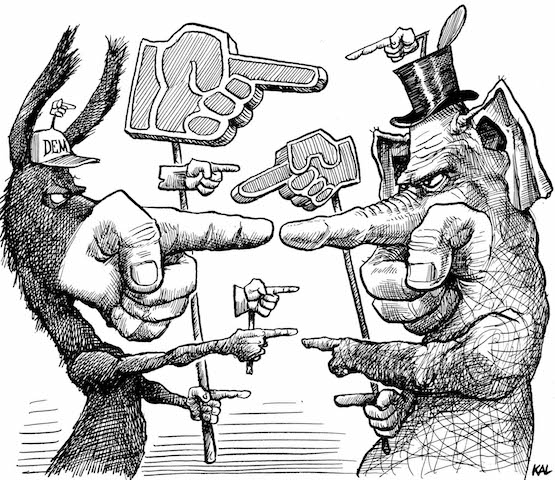 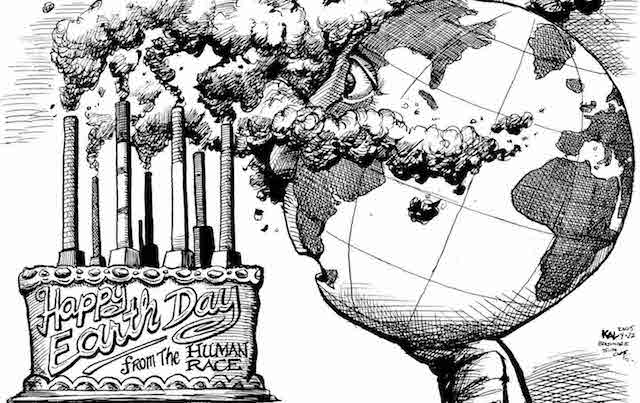 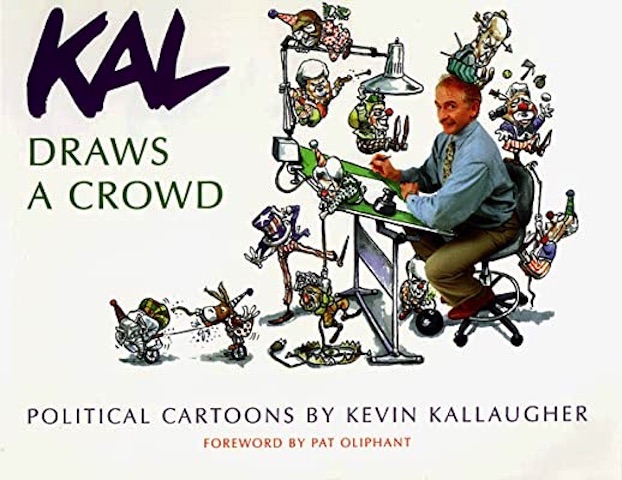 Throughout his prolific career, international award-winning political cartoonist Kevin “KAL” Kallaugher has proven time and again that the pen is mightier than the sword. But how did this grow to become one of the major talents in the field of editorial cartooning?

Born March 23, 1955, in Norwalk, Connecticut, Kallaugher went on to graduate from Harvard College with honors in Visual and Environmental Studies. Before pursuing his passions in the arts, Kallaugher embarked on a bicycle tour of the British Isles and later joined the Brighton Bears Basketball Club as a player and coach. When the club suffered financial troubles, Kallaugher began drawing caricatures of tourists in Trafalgar Square and on Brighton Pier. It was during this time that he was recruited by The Economist as its first in-house political cartoonist in their then 135-year history. His intricate and accurate caricatures have since graced more than 120 Economist covers.

He gained international renown in 1984 with his Economist cover drawing of Indian Prime Minister Indira Gandhi. The satirical drawing was considered offensive by Indian authorities and led to that issue being suppressed all over India. It’s possible that this experience is what spurned Kallaugher’s campaigning for freedom of expression. He even served as President of Cartoonists Rights Network International, a nonprofit committed to protecting the rights of editorial cartoonists worldwide. Over the next ten years, Kallaugher worked as a cartoonist in London on such magazines as The Observer, The Sunday Telegraph, Today and The Mail on Sunday.

After returning to the US in 1988, Kallaugher joined the Baltimore Sun as its editorial cartoonist. During his 18-year run with the newspaper, he drew over 4,000 cartoons for while continuing to draw two cartoons per week for The Economist. His work for The Sun and The Economist has appeared in more than 100 publications worldwide, including Le Monde, Der Spiegel, The International Herald Tribune, The Washington Post, The New York Times, and Newsweek. Outside of print, Kallaugher’s creations have also aired as animations on CNN and ABC’s Nightline. In 2006, he became Artist-in-Residence at the Imaging Research Center at the University of Maryland, where he helped pioneer the creation of 3D digital caricatures.

Over the years, Kallaugher’s work has also been celebrated in exhibitions at the Walters Art Museum, London’s Tate Gallery, and the Library of Congress. His cartoons have also been collected in such books as KALtoons, KAL Draws a Crowd, KAL Draws the Line, and KAL Draws Criticism. He has been awarded numerous awards including the  Herblock Prize for editorial cartooning, the Gillray Goblet for Cartoon of the Year, Best Editorial Cartoon at the Witty World International Cartoon Festival, and the Feature Cartoonist of the Year Award.