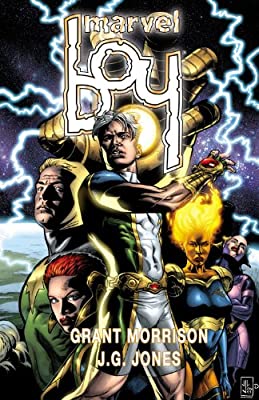 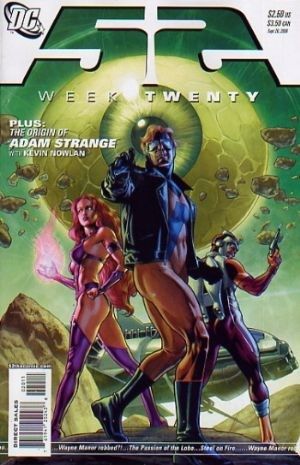 Since the mid-‘90s, J.G. Jones has been a comic artist of high demand for Marvel and DC Comics, among other publishers. As a penciller and inker, his work has been featured on covers and interiors for popular heroes from the Avengers to Wonder Woman.

Prior to starting his comic career, Jones hailed from Walker, Louisiana. He studied at Louisiana State University and the University at Albany, SUNY where he earned a Master of Fine Arts degree.

Jeffrey Glen Jones began his foray into the comic industry drawing Jim Shooter and Steve Ditko’s Dark Dominion for Defiant Comics, in 1994. He went on to become a frequent contributor to mainstream publishers, Marvel and DC. His extensive cover work includes such titles as Wonder Woman, Y: The Last Man, Batman and Robin, The Avengers, Doc Savage, Frankenstein, Agent of SHADE, Mister Terrific, and all 52 covers for DC’s weekly series 52.

Jones’ work was not limited to covers, having provided interior work for several titles. He and writer Devin K. Grayson introduced Yelena Belova in a Black Widow limited series, he partnered with Grant Morrison on Marvel Boy and Final Crisis. His interior work was also seen in Wonder Woman: The Hiketeia with Greg Rucka, Before Watchmen: The Comedian with Brian Azzarello, Wanted with Mark Millar for Top Cow, and Strange Fruit for BOOM! Studios.

More recently, he has stuck close to DC, working on Batman and Robin, Mister Terrific, Doc Savage, and others. With a career of work spanning 25 years, Jones is among the most respected interior and cover artists.