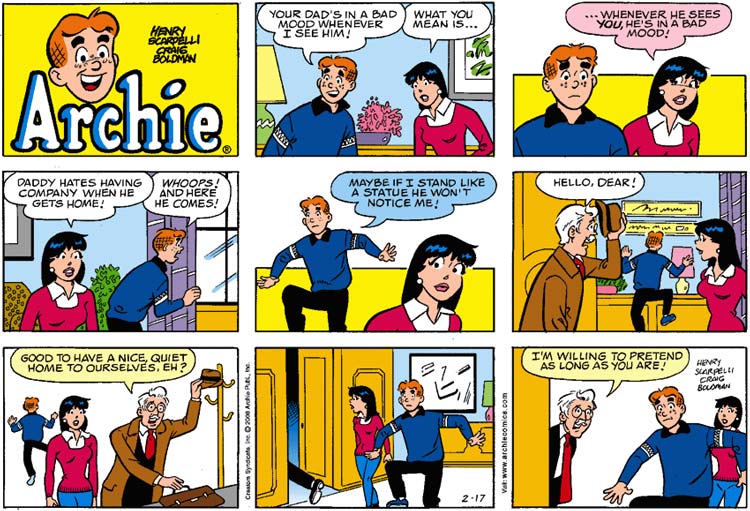 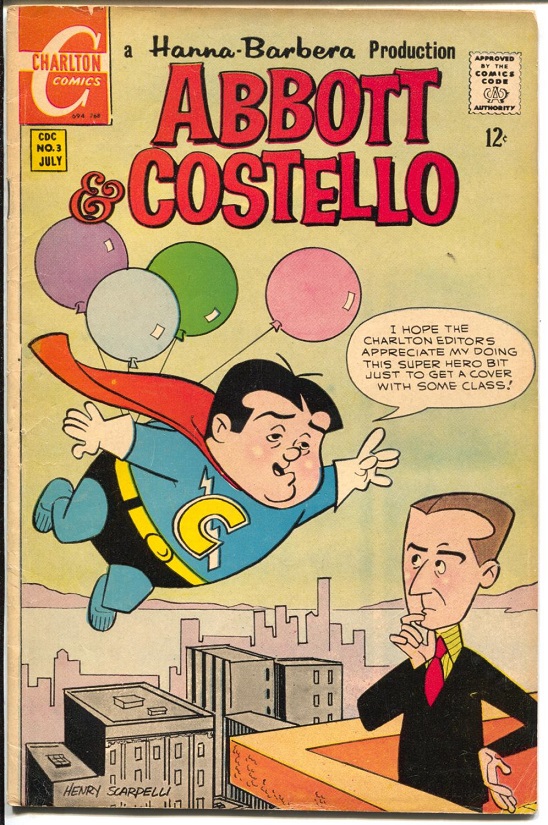 Henry Scarpelli was a comic artist who was a staple at Archie Comics, as well as his work on books based on TV shows. Scarpelli studied at the School of Visual Arts in Manhattan where he honed his pencil and inking skills. He would go on to pencil and/or ink several comic strips and comic book features over the years and even wrote a few as well.

His first professional comic book work was a back-up feature for one of DC’s funny animal titles of the late 1940s. In the 1950s, he joined a newspaper syndicate as assistant artist on the Little Sport strip and soon had a cartoon panel of his own, TV Tee Hees. This single panel gag strip built around the inner workings of TV broadcasting proved so popular that it ran in 150 newspapers from 1956 to1975.

The TV Tee Hees strip led to TV comic books when Scarpelli ended up at Dell working on several comic books based on 1960s TV shows. He was adept at capturing the features of the popular TV stars of the day, and among the programs he adapted to comics were The Beverly Hillbillies, Bewitched, Get Smart, Hogan’s Heroes and McHale’s Navy.

Scarpelli’s Dell work led to assignments from several publishers including Marvel, DC, Charlton and Archie. While he inked and occasionally penciled both superhero and romance comics, the majority of his output consisted of depicting humorous characters. He continued to work on comic books based on real life personalities like Jerry Lewis and Abbott & Costello. Henry also had opportunities to work on some of the ground-breaking DC humor titles like Angel & the Ape and Stanley & His Monster.

Ultimately, Scarpelli found himself getting more and more work in the genre that would define his career, teenage humor comics. His most notable contributions in this area included Millie the Model for Marvel, Date with Debbi, Leave it to Binky, and Swing with Scooter for DC Comics, and Charlton’s Sinistro, Boy Fiend (a humorous teenage super-villain).

All of these titles were stepping stones for what would become his crowning achievement, to become one of Archie Comics’ lead artists. He penciled and inked for most of the Archie Comics titles. Among his more notable accomplishments for Archie, and one he was very proud of, was drawing the daily and Sunday Archie newspaper strip for over 15 years.