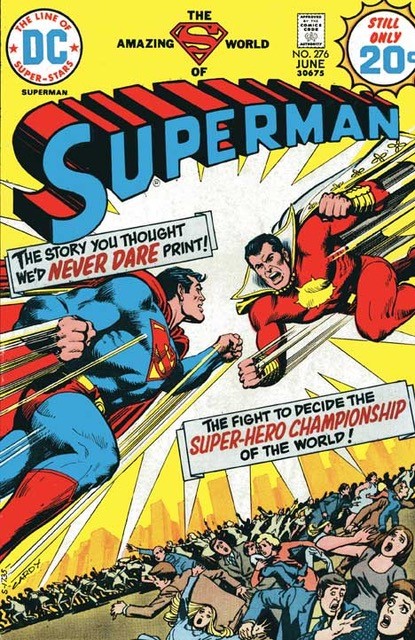 Review: Wow, this is an odd one. Hitting the stands after DC was already publishing Shazam!, Superman’s first throw down with the Big Red Cheese is actually with a thinly veiled analogue named Captain Thunder. Though a hero in his own dimension (thanks to a native medicine man), the good Captain has gone evil here due to a conniving trick by a team of classic movie monsters. Elliot S. Maggin’s script builds a little momentum during the super showdown, but the story can’t escape its overall oddness and overly quick conclusion. Think decent Silver Age silliness wrapped in a Bronze veneer.

Collector’s note: According to MyComicShop.com, there is a Mark Jeweler variant of this issue.

Copyright ©2021 Off the Wahl Productions, all rights reserved. Each week, T. Andrew Wahl offers up a Bronze Age Minute. For more, check out Wahl’s website, offthewahl.com.