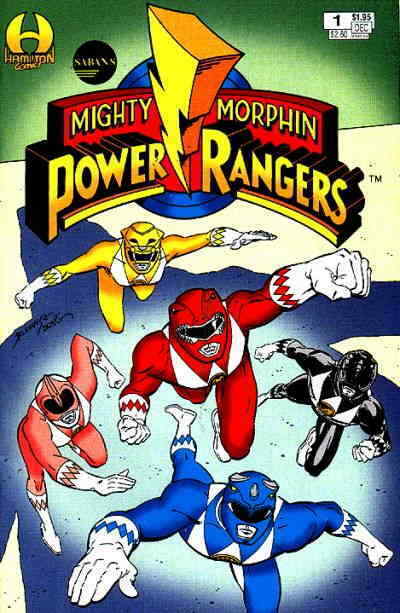 Saban’s Mighty Morphin Power Rangers are so invested within the pop culture zeitgeist today, that it is hard to believe they are still relatively new to comics. But it was the late publisher Bruce Hamilton that enlisted the aid of these Super Sentai within the pages of his Hamilton Comics’ Saban’s Mighty Morphin Power Rangers #1 (December 1994). And a beautiful marriage between East and West was born.

Pop culture fans today love their Saban’s Mighty Morphin Power Rangers’ Megazords, as well as Transformers’ Autobots and Decepticons, making retailers and their consumers quickly come to the conclusion that a comic book with all-out action and giant robots might just lead into instant sales success. And one would be right, as can be discovered in the attention still found in this hard to find collector’s issue. Yes, today’s manga-starved reader would fall for it hook, line, and sinker – and that isn’t a bad thing!

Enlisting the artistic powers of comic book veterans Bret Blevins and Terry Austin on the cover, Hamilton almost single-handedly made collectors want to rediscover the TV series for themselves, as well as the next issue of his magazine. And the next one. And the next.

Still affordable, Saban’s first foray into the four-color page is one collectible that stands up today. Like the mighty giant Megazord, it is!