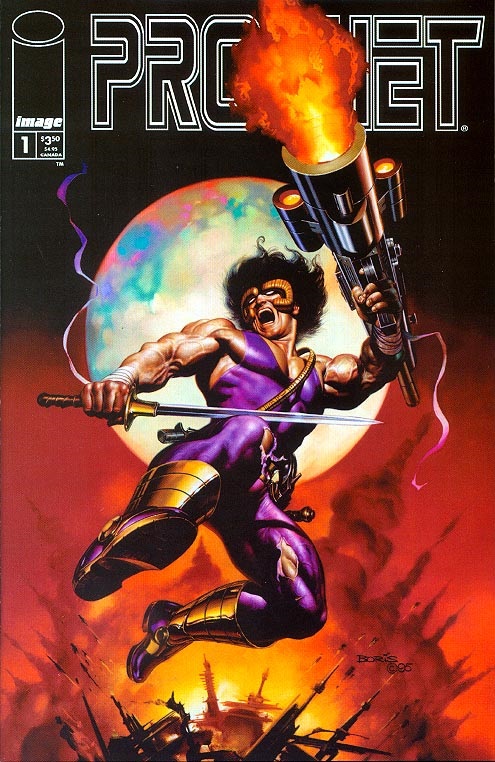 Rob Liefeld and Boris Vallejo. Two iconic artists who use the power of super-masculinity to delineate the color page. Even with their female figures, there is a type of hyper-machismo to them. So, it was almost no surprise back in the 1990s when the two illustrators teamed up to bring a new sense of dimension to Liefeld’s “Man Out of Time” with the cover of Image Comics and Extreme Studios’ Prophet Vol. 2 #1.

Unleashed as a force of nature by Vallejo – the nigh-legendary Peruvian-American painter. who works in the science fiction, fantasy, and erotica genres – John Taylor Prophet is here in-between worlds upon worlds on this transformational comic book cover, where the timeless hero is seeking evil to destroy it at its very root.

Reimagined by comic book grandmaster Alan Moore as an eternal Doc Savage pastiche for his much-lauded Judgment Day limited series, Prophet has captured the imaginations of comic book fans for decades. With this joining of talents of Liefeld and Vallejo, he does no less with this magnificent – and yes, must-have – work.