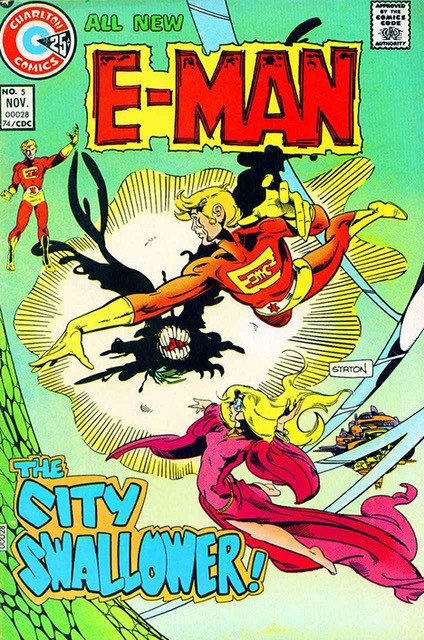 Title: “The City Swallower”
Synopsis: A day at the beach gets complicated when E-Man crosses over to a dimension being threatened by a massive monster.

Review: E-Man is such a strange comic. It feels like an evolutionary offshoot; Golden Age superheroes could have evolved to read like this. Its appeal feels targeted to an older audience, without the self-seriousness so prevalent in the Bronze Age. Regardless, the series’ madcap adventures and cartoony art are a winner.

Grade (for the entire issue): B

Cool factor: It always feels like just about anything can happen in E-Man.

Character quotable: “We share a common, powerful threat to survival that makes war merely a parlour discussion.” – Peter, the other-dimensional man with a plan