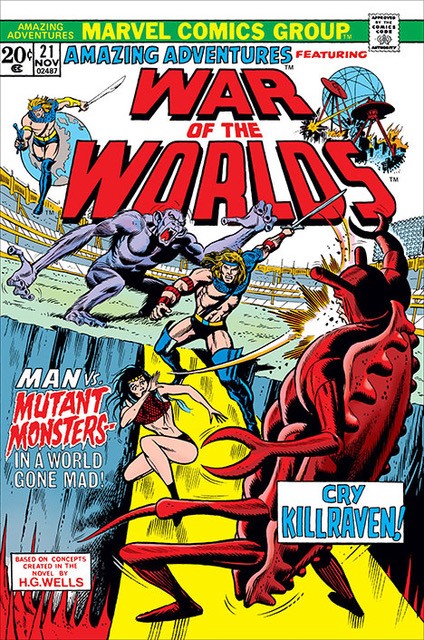 Title: “The Mutant Slayers!”
Synopsis: With the help of the duplicitous Carmilla Frost, Killraven and his freeman escape – again – and battle their way to freedom.

Review: Don McGregor, the writer most associated with Killraven, debuts with this action-packed issue. Like many Bronze Age writers, McGregor tends to overwrite, but give him credit for attempting to develop the supporting cast. Sadly, Herb Trimpe’s art suffers a major decline compared to the previous issue. His storytelling here is at times muddled and lacking in dramatic flair. Worse, his creature design is subpar, which is unfortunate for a series filled with post-apocalyptic mutants and monsters. And the inking, by Yolande Pijcke (who?), is an ugly, cross-hatched-laden mess. This book desperately needs an art team upgrade.

Cool factor: Hmm. Yeah. Not so much.
Not-so-cool factor: Man, those creature designs are bad.

Character quotable: “I don’t know who you are, siren or vixen, but Killraven doesn’t need any female to tell him his place.” – Killraven, manly man