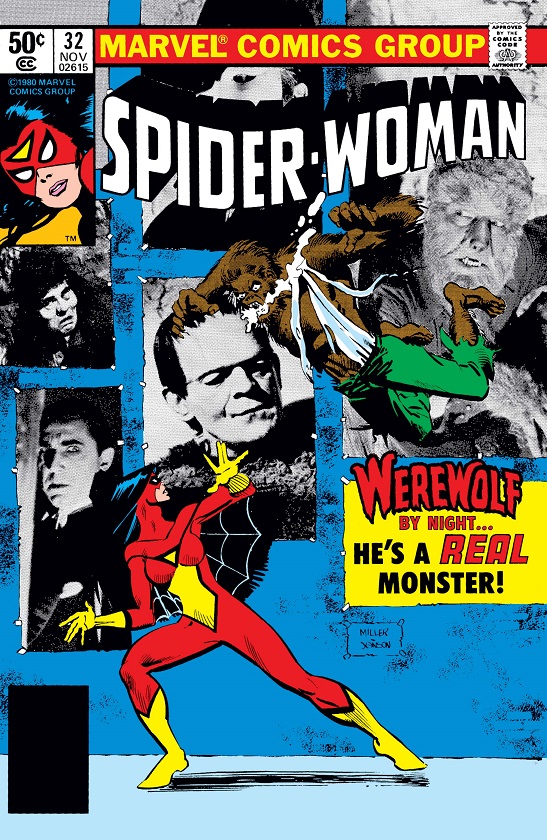 Looking for a “monster” hit with comic book fans? Wanting a “creature feature” like no other for yourself? Look no further than Spider-Woman #32 from Marvel Comics.

Featuring a cinematic cover – literally, since it features photographic visions of Universal Monsters past – and illustrated by the comic book dream team of Frank Miller and Klaus Janson, the frontispiece of Spider-Woman #32 packs the power and punch of a must-have collectible during the heyday of the “Monster Kids,” as well as now in the more liberated 21st century. Talking about liberated, there’s Spider-Woman holding her own against the Werewolf by Night. Strong and powerful, she would put the most-strict ERA members to shame. It’s all good and it’s all on the cover.

By both thrilling and delighting readers for decades – this issue is dated November 1980 – the comic book’s draw can be seen on the front cover of this landmark release. And with copies selling online everywhere on the net, this collectible is well worth the price most retailers ask for it.

Conjure one up for yourself!