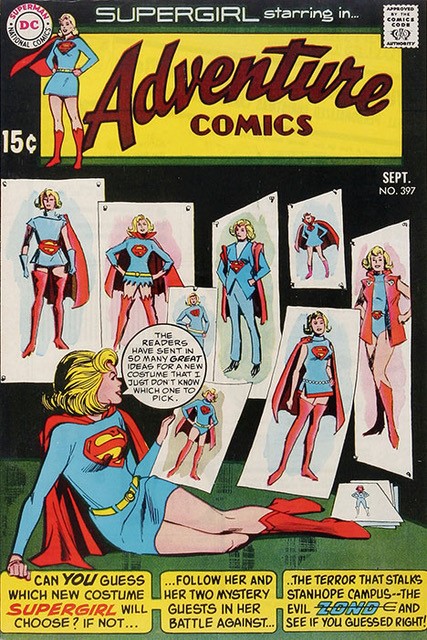 Review: While dated now, there’s little question Mike Sekowsky’s take on Supergirl felt fresh at the time. Devil-worshiping cultists. Empowered superheroines. Mod fashion. This lead feature bristles with energy and captures its era well. This iteration of Supergirl is all grown up with a new direction, ready for the 1970s.

Review: Supergirl gets a new foil in Nasty Luthor. Their initial confrontation isn’t the strongest, but provides promise for future stories.

Character quotable: “Thank you Diana – and thank you for my new costume!” – Supergirl, graduating from the misses department