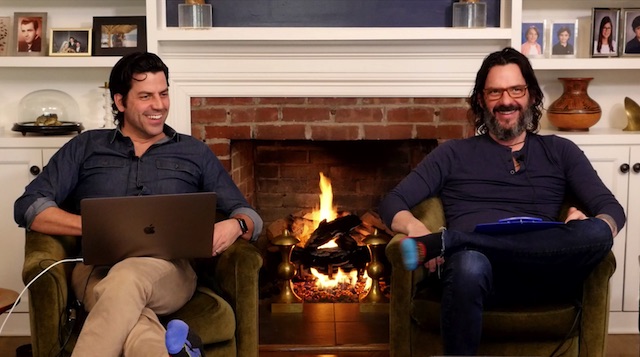 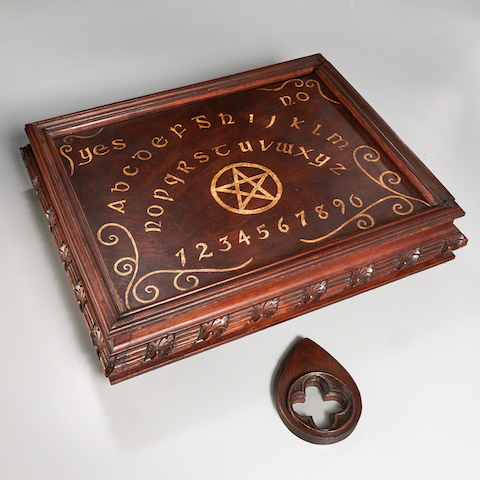 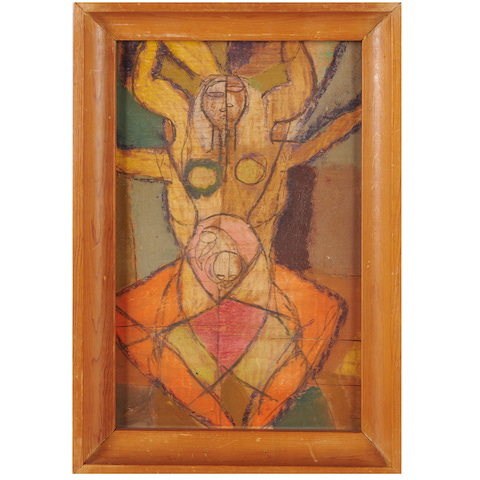 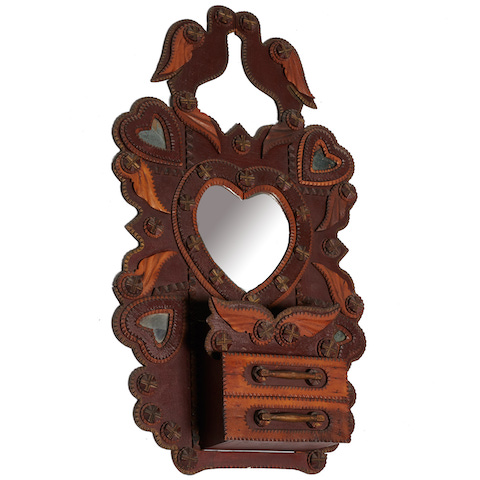 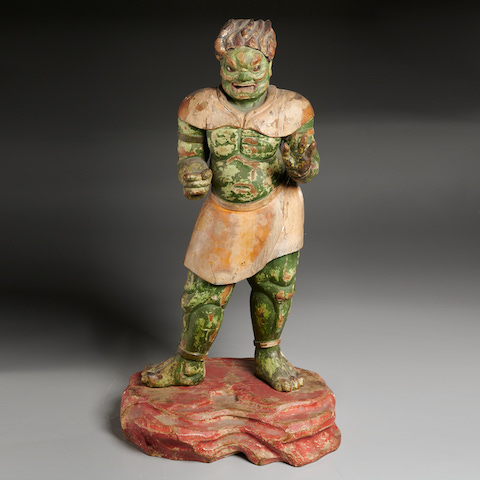 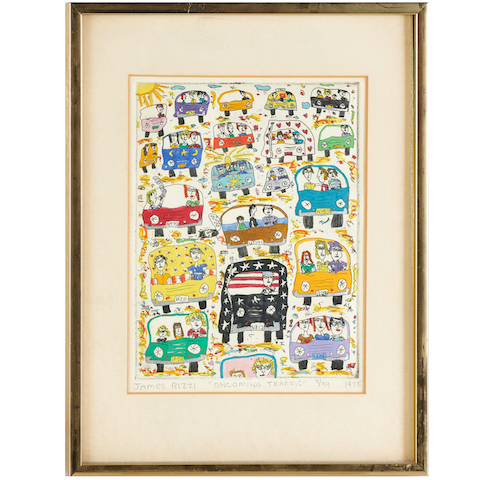 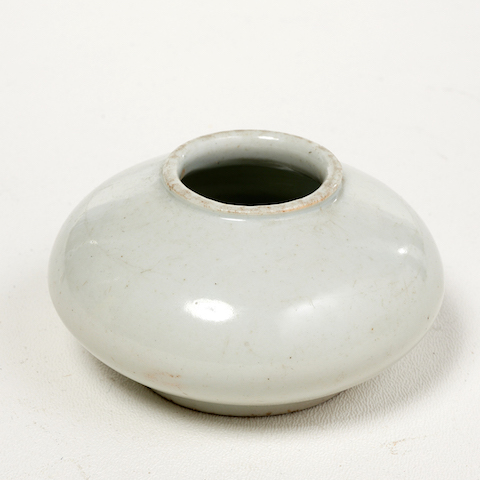 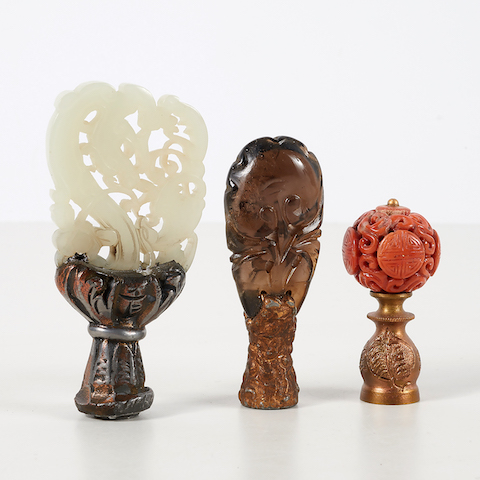 Millea Bros. didn’t design its March 26-27 Fringe! and ABC Estate Finds auctions to be high-value sales. Instead, they were meant to be eclectic and unique with a wide appeal, especially to young and entry-level collectors. While the over 800 discovery lots were all modestly valued, on the whole, they did very well with many items tripling or more their high estimates, and overall results exceeding the high estimate by over 15%, to earn an auction total of $335,000. On a normal day, that would be the end of the story.

The larger story perhaps, in these not normal times, were the obstacles and logistics the COVID-19 pandemic presented to conducting a sale, along with the rise of volume of people now sheltering at home and viewing auctions as a form of Entertainment.

Anyone who is used to attending Mark and Michael Millea’s auctions in the past or watched their auction live streams over the last year can attest that the brothers have tons of personality and a rapport that can turn the often slow and tedious auction process into a lot of fun. That was never truer than in this two-day auction, which saw them overcoming technological challenges to put on a sale – all the while keeping viewers entertained.

“I was glad and struck by people’s participation,” said Michael Millea. “We have been doing this live broadcasting for at least a year, tweaking and improving it. I don’t know the stats on it but there were more people watching the video feed the other day than normal and I could tell people were participating, not just watching. Things were selling well and that was encouraging given the current situation.”

David Halpern, Millea’s senior cataloguer, and 20th century specialist, noted people who bought items online were writing in immediately after to say how much they enjoyed the floor show. “The brothers are very entertaining and keep up a banter for the entire length of the auction. People viewing this auction were really responding to it like we have never seen before” he said.

“Given the moment, people are stuck home and watching auctions in itself as something to do. It was really gratifying to hear back from customers that the brothers made them laugh and they wanted to keep watching beyond whatever lots they were following.”

Conducting the auction itself proved to be a technical and logistic challenge. Practicing proper social distancing, the brothers held the event at Mark’s home, seated in front of a roaring fireplace. Without the array of filming technology available at the Millea gallery, the brothers were limited to only one camera and a video console, interacting with other staff via the Zoom video-conferencing application.

Staff members who handle phone and online bidding – one staffer for each online bidding platform – worked out of their respective homes. The added degree of separation between all parties made for two long days as there were intermittent connection issues and time lags in reporting bids. Each auction session took over eight hours to get through their 400 lots.

Michael, who noted he was initially skeptical of conducting a sale in this manner, said things worked out despite the difficulties and were running smoothly by halfway through the first day. “We were super pleased it worked out as this was going into a sort of unknown territory, but I guess we are all adapting,” he said. “Given the typical results we see on a regular three-day ABC sale, this was actually stronger than in normal times.”

The first session was the Fringe! auction, which can be likened to a curiosity antique shop offering everything from the unusual and striking to a bit macabre. This was only Millea’s second Fringe! sale. Material included Outsider and folk art, occult objects, a group of apothecary and pharmacological antiques, and WWII documentarian illustration paintings. A collection of graffiti/street art was sold to support 17 Frost Gallery, an acclaimed non-profit artist’s collective in the Williamsburg section of Brooklyn.

Leading Fringe! was a Ouija board in a Victorian case in solid and carved wood atop pedestal legs that evinced the selling trend of reasonably-valued lots selling well above their estimates. The ornately carved board, measuring 5-1/4 by 20 by 16 inches, soared above its $300-500 estimate to fetch $8,125. The case has a carved devil cover that reverses to a gold-lettered board.

Strong performers included artworks, led by an Outsider art painting of a figural abstract scene done by a patient in a Los Angeles psychiatric hospital in the 1950s, on a wood panel. It outperformed its $400-600 estimate to earn $7,500. Another standout was a spray paint stencil attributed to Banksy that realized $2,500, which was acquired by its consignor at the opening of “Existentialism” in July 2002, Banksy’s first Los Angeles gallery show.

“It’s always surprising when things sell just because they’re interesting [without being a commoditized category] and people buy them because they love them,” Halpern said, adding that old-style collecting interests such as porcelains, Asian art, Native American art that are specialized and have a core and passionate collecting base were driving the high prices.

A common thread in the auction was striking pieces with a “wow” factor, such as the tramp art wall pocket mirror with a heart motif, attributed to John Zadzora, made of cigar boxes, that more than tripled its high estimate to bring $2,375; and the large Japanese carved Oni figure, ex-art dealer Mathias Komor, possibly late Kamakura period (14th century) going for $2,125. The polychrome painted carved wood figure with glass eyes depicts a green temple demon in robes with raised arms.

Leading a small but curated selection of fine apothecary cabinets was a striking, paint-decorated 19th century example that brought $1,875. It had sunken panel cabinet doors enclosing drawers and open shelves were lavishly decorated throughout with hand-painted Neoclassical motifs and Latin labels, 26-1/4 by 40 by 10 inches.

A major feature of the company’s ABC Estate discovery auctions is presenting fresh estate finds without reserves. This sale ranged from a strong selection of Postwar and contemporary art including large scale works from the estate of Finnish economist and venture capitalist Pentti Kouri to Chinese and Japanese antiques, Native American carvings and textiles, fine art photographs, and more.

Asian arts rounded out the second day of the auction, featuring a Korean monochrome porcelain water pot ($100-150), Choson period, 2 inches tall that attained $5,312; and a grouping of three Chinese jade, coral and smoky quartz finials, 19th-20th century, that did 10 times over high estimate to bring $3,750. The smallest of the three was just 2 inches tall and the biggest was 3-1/4 inches tall.

All prices reported include the 25% buyer’s premium.