Spider-Man vs. Brainwasher, Rare Tales of Terror in Heritage Weekly 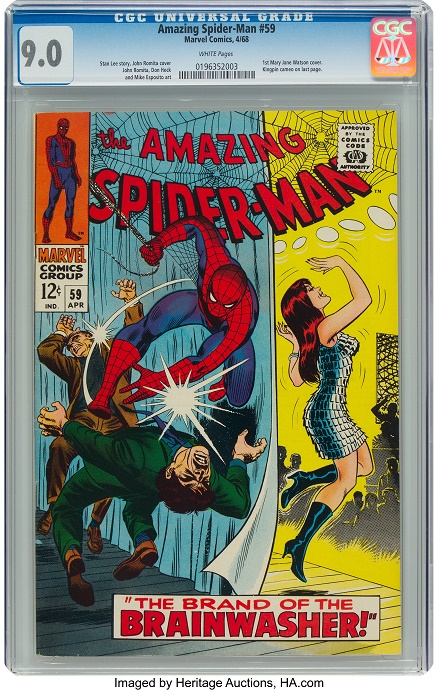 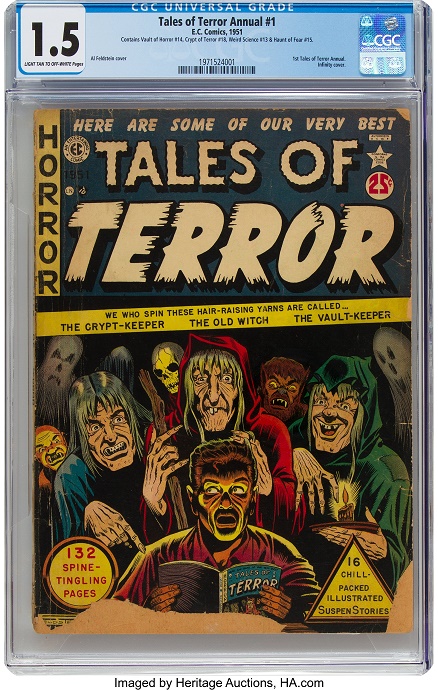 In The Amazing Spider-Man #59 CGC 9.0, Spidey takes on the Brainwasher, who is later revealed to be the Kingpin. The issue is also notable because it features the first cover appearance by Mary Jane Watson. It comes with cover and layouts by John Romita, Sr., and interior art by Don Heck.

Tales of Terror Annual #1 CGC 1.5 is a rarity in any condition: according to the March 2020 CGC census, the offered copy is the only one known to carry a grade of 1.5, and there are just 20 known to have higher grades. This title’s first annual features an infinity cover by Al Feldstein, is ranked No. 5 on Overstreet’s Top Ten Horror Comics list and contains four separate stories, including Vault of Horror #14, Crypt of Terror #18, Weird Science #13, and Haunt of Fear #15.

There are 907 lots of comics, original art, and memorabilia in this auction. Comics will close on Sunday, April 12 followed by everything else on Monday, April 13. Bidding opens at 6 PM CT on HA.com.