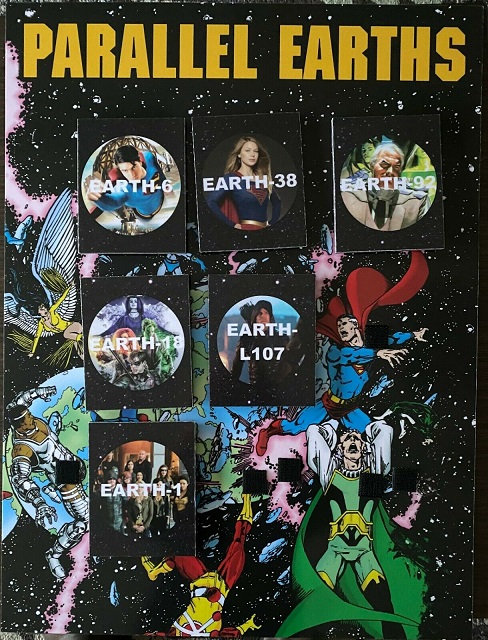 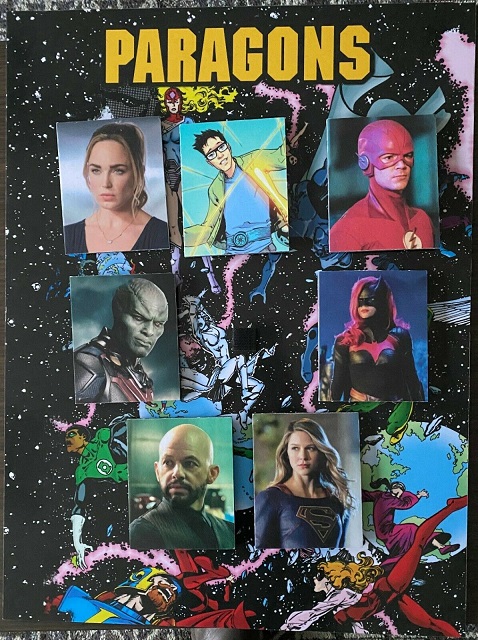 Arrow creator Marc Guggenheim is auctioning the pitchboards he used to develop the Arrowverse “Crisis on Infinite Earths” crossover. These boards were created by DC Comics to help pitch the storyline to Warner Bros. Television executives. The proceeds will go to help those affected by the COVID-19 pandemic.

The first board shows the parallel Earths that would be visited during the crossover, including Earth-6 for Brandon Routh’s Superman, Earth-38 where Supergirl and her team were located, Earth-92 where Kevin Conroy’s Bruce Wayne resided, Earth-18 where the Titans are located, Earth-L107 for Star City 2046, and Earth-1 with the bulk of the heroes.

The second board is adorned with images of the Paragons who helped save the universe and stop the Anti-Monitor. The likeness of the shows’ White Canary, The Flash, Martian Manhunter, Batwoman, Lex Luthor, and Supergirl are represented, along with a comic version of Ryan Choi.

The parallel Earths board and the Paragons board are being auctioned on eBay and both boards will close on April 14, 2020.