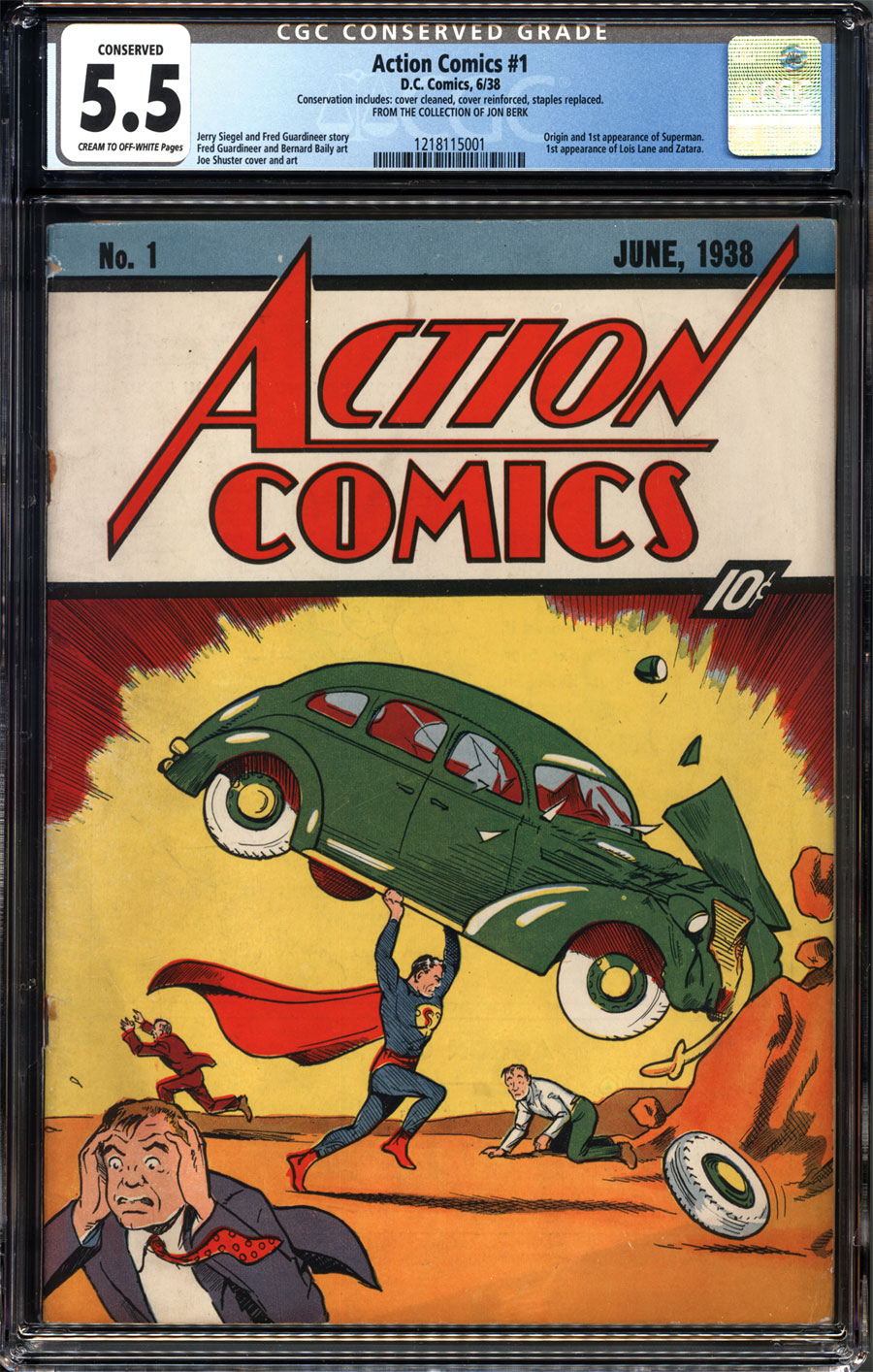 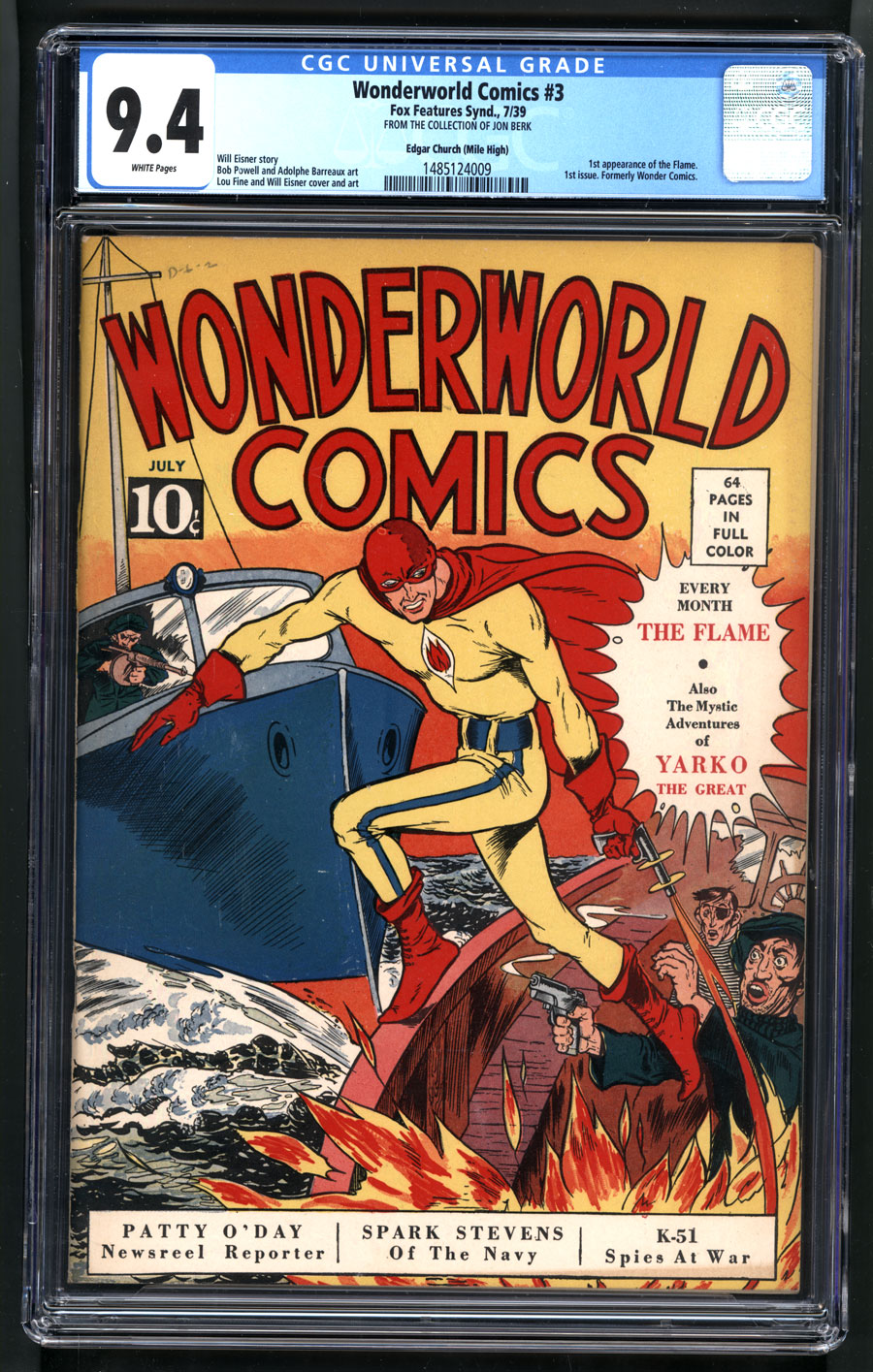 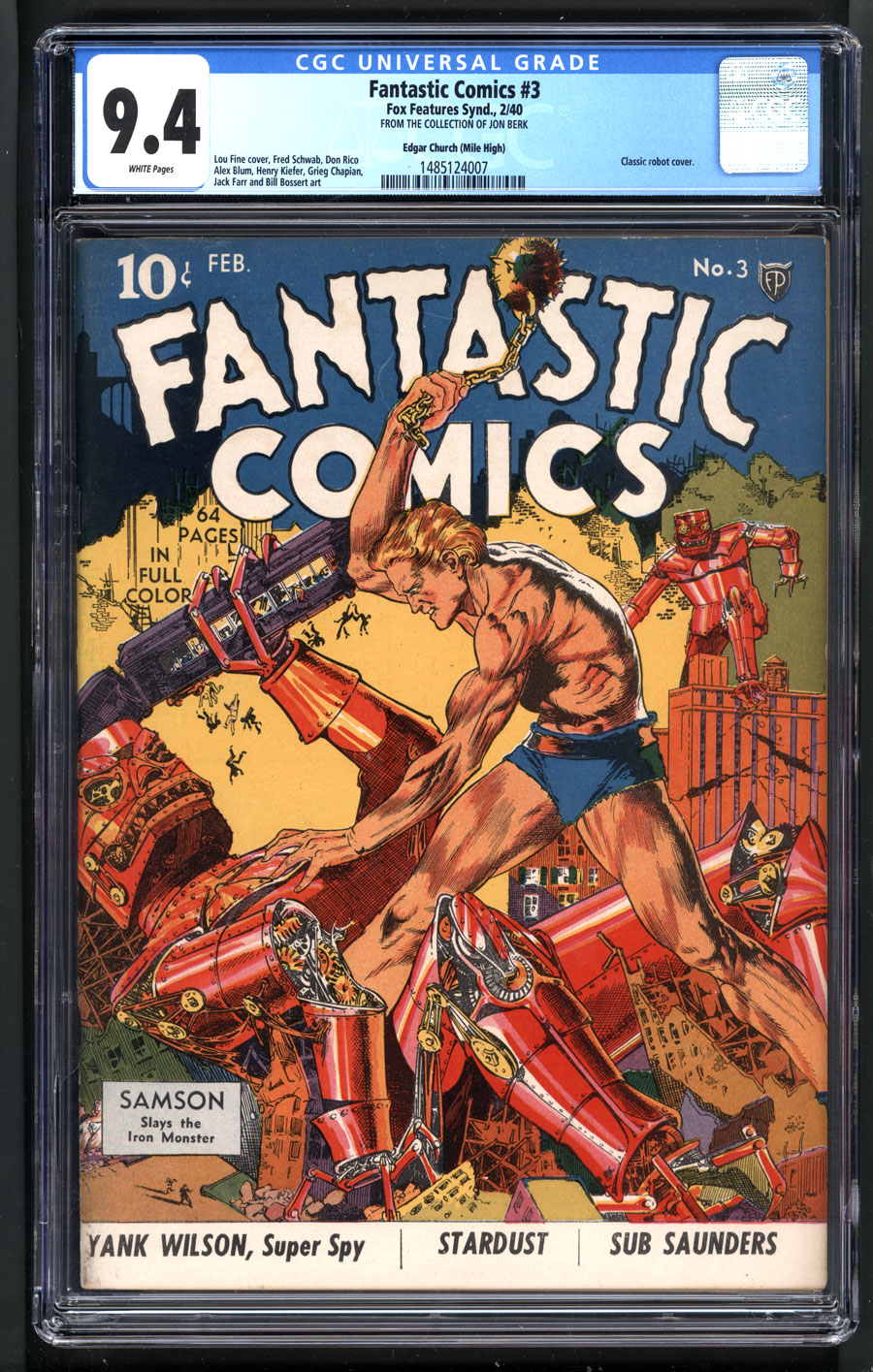 CGC has certified the collection of longtime collector and historian Jon Berk. An Overstreet Advisor and contributor to many publications, Berk assembled his collection over many decades. It carries a reputation for its assortment of rare Golden Age comics and coveted pedigrees.

The thousands of books that comprise the Jon Berk Collection represent remarkable depth and include many historically significant books ever issued. Among the highlights are copies of Action Comics #1 and Detective Comics #27. Other notable standouts include Fantastic Comics #3 and Wonderworld Comics #7 from the Mile High pedigree, dozens of books from the Lamont Larson pedigree, and scores of rare Golden Age comics that have not been seen publicly in years.

Although best known for his Golden Age comics, Berk’s collection also boasts a number of phenomenal Silver Age books. These comics were immortalized in 1991 when they were photographed for Ernie Gerber’s Photo Journals, volumes 3 and 4.

“CGC was the obvious choice to certify my collection because of their unmatched expertise and superior archival holder,” Berk said. “I am thrilled with their accuracy and professionalism.”

Berk is represented by New York-based auctioneer ComicConnect.com, which will sell the Jon Berk Collection starting in May and ending in June. “We trust CGC to certify all of our most important comics and collections,” Vincent Zurzolo, COO of ComicConnect.com, said. “Every comic from the Jon Berk Collection will be certified by CGC and presented in what will undoubtedly be an event of epic proportions!”

“We are honored that Jon and Vincent chose CGC to certify the phenomenal Jon Berk Collection,” Steven R. Eichenbaum, CEO of CGC, added. “The breadth and rarity of this collection is unparalleled and may never be matched again.”