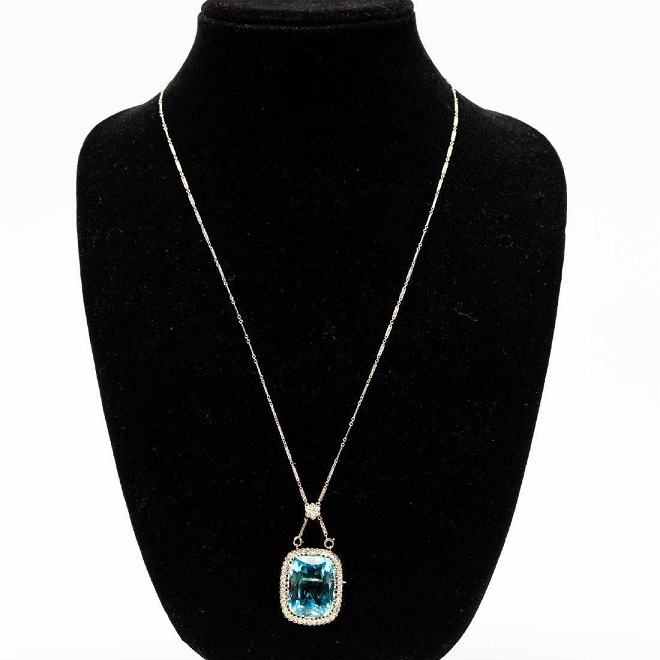 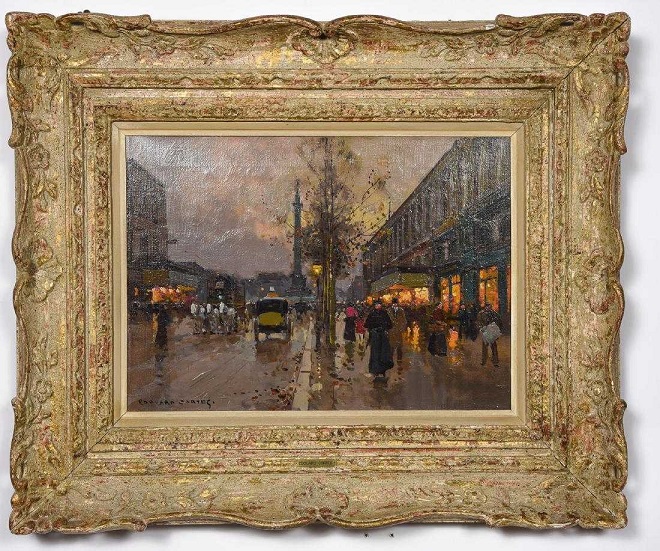 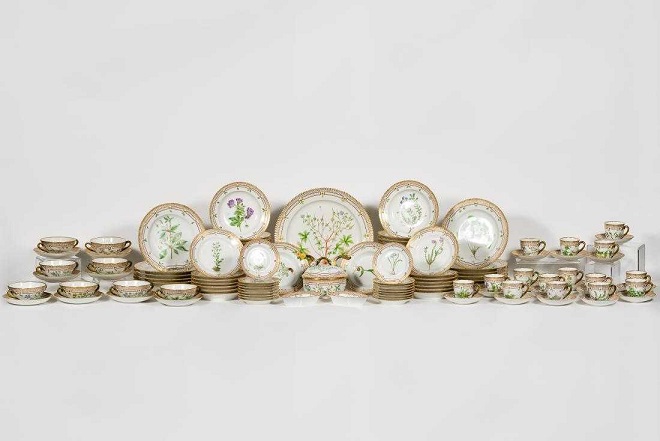 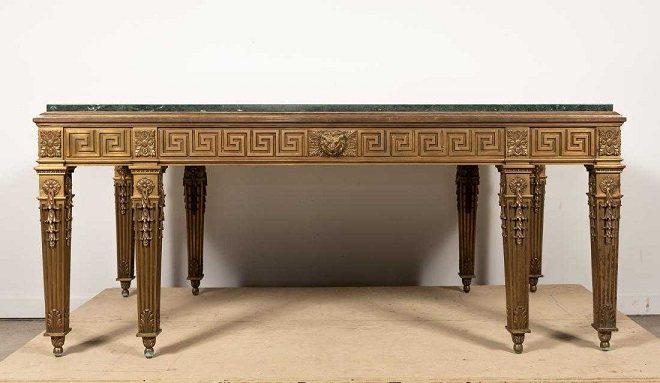 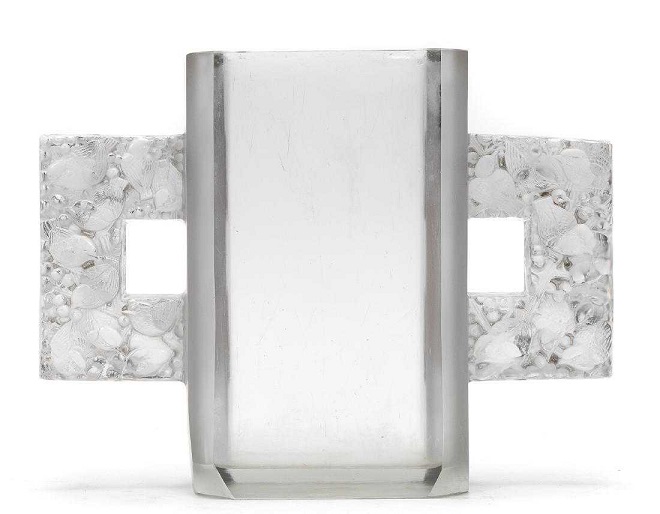 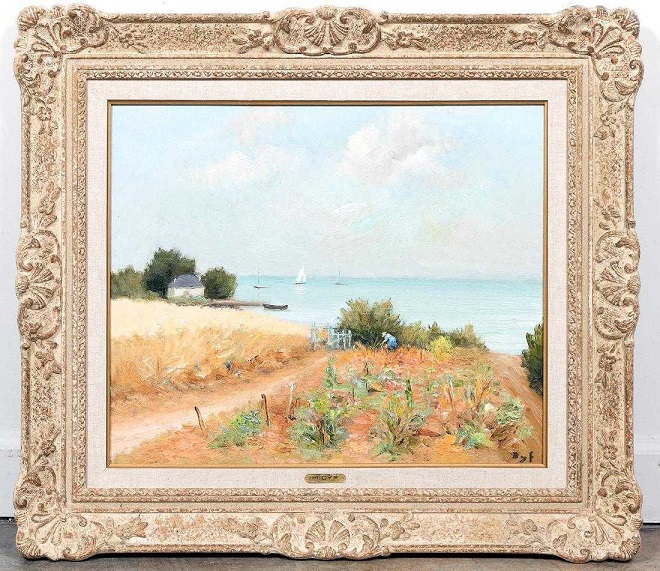 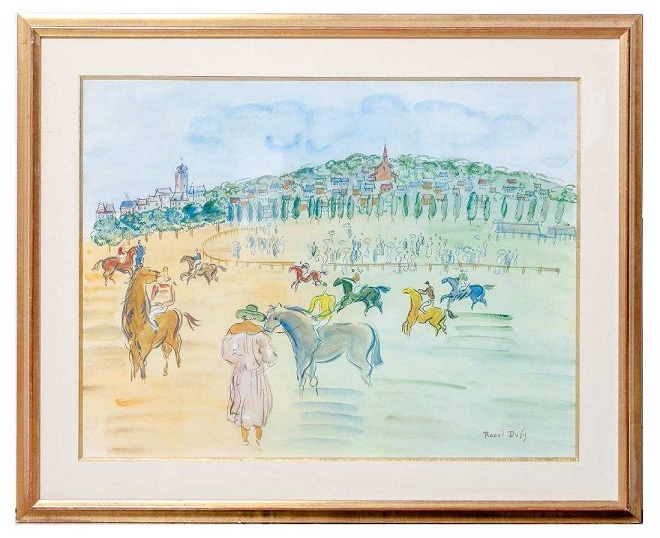 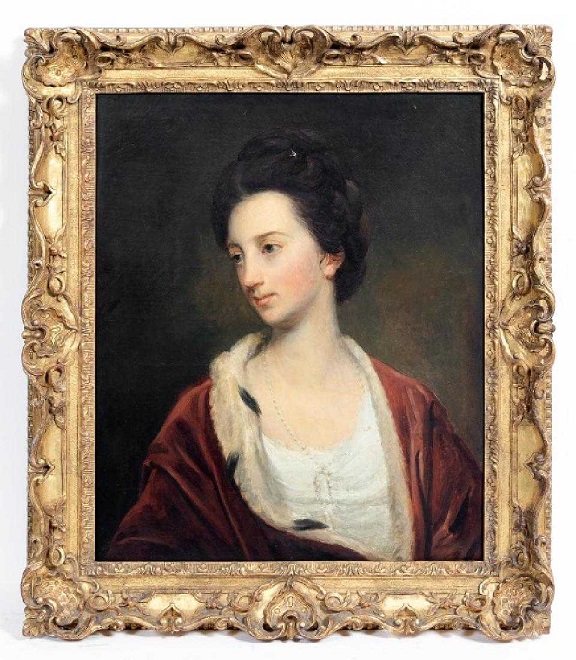 A 93-piece Royal Copenhagen porcelain dinner service for 12 in the Flora Danica pattern, two figural watercolor paintings by the renowned French painter Raoul Dufy (1877-1953), and a 38-carat aquamarine necklace from the collection of the late Lily Langtree are a few expected top lots in Ahlers & Ogletree’s New Year’s Signature Estates Auction slated for the weekend of January 12-13, 2019, online and in the Atlanta gallery at 700 Miami Circle, Atlanta, GA.

Start times will be 10 AM ET both days. The Royal Copenhagen 93-piece porcelain dinner service for 12 in the Flora Danica pattern carries the catalog’s highest presale estimate, at $50,000-$70,000. Each piece is marked to the underside with the maker’s mark and each piece has the hand-painted Latin name of the plant species that’s depicted.

The untitled (Chevaux a Deauville) figural landscape by Raoul Dufy depicts onlookers at a horse race below a hillside town. The painting was rendered in watercolor and gouache on paper and is signed lower right. It’s nicely housed in a 26-inch by 32-inch frame and is expected to bring $20,000-$40,000. Dufy was a Fauvist painter and brother of Jean Dufy.

The 14kt white gold handmade aquamarine and diamond pendant and chain set features a 38.27-carat medium-blue aquamarine surrounded by 53 one-carat tw diamonds on a 24-inch chain. An accompanying document describes the necklace as being “from the collection of the late Lily Langtree” (1853-1929, the British-American socialite-actress-producer), and it was “displayed at the Paris Exhibition of 1925” (est. $25,000-$35,000).

Previews will be held Monday through Friday, January 7-11, from 10 AM to 5 PM daily. A preview party will be held on Thursday, January 10, from 6 PM to 9 PM. Light refreshments will be served. Doors will open both auction days, Saturday and Sunday, January 12-13, promptly at 9 AM ET.

Ahlers & Ogletree is a multi-faceted, family-owned business that spans the antiques, estate sale, wholesale, liquidation, auction and related industries. Ahlers & Ogletree is always seeking quality consignments for future auctions. To consign an item, an estate or a collection, you may call them at (404) 869-2478 or send them an email, at consign@AandOauctions.com.