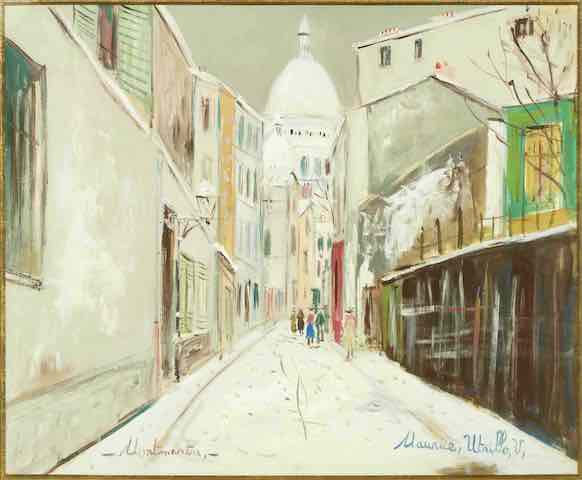 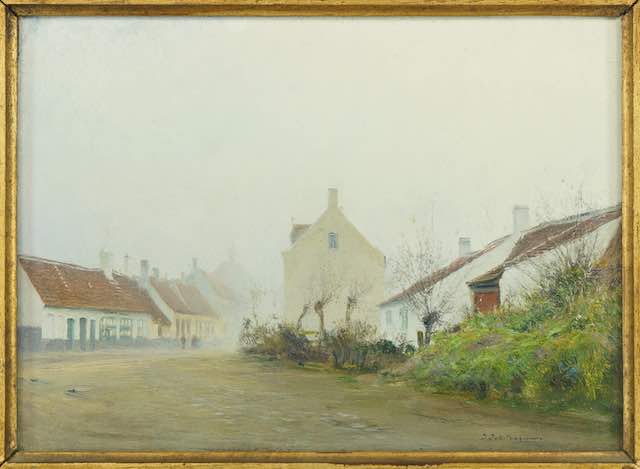 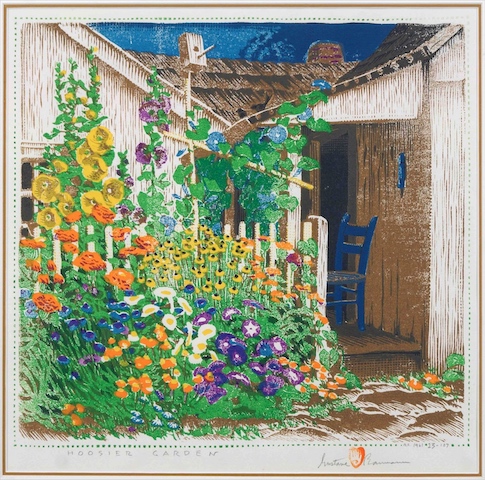 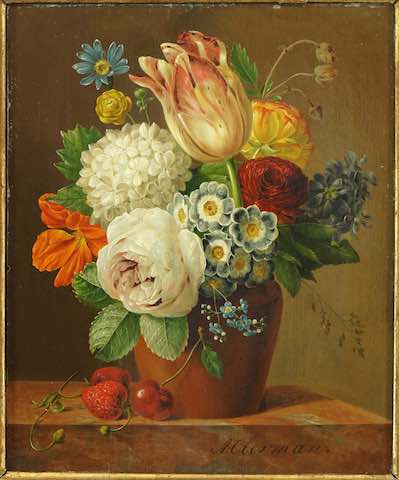 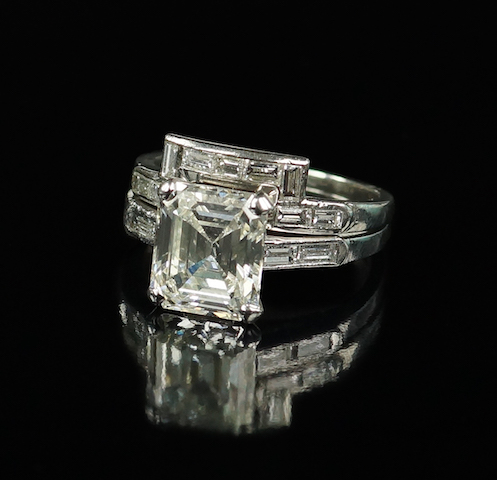 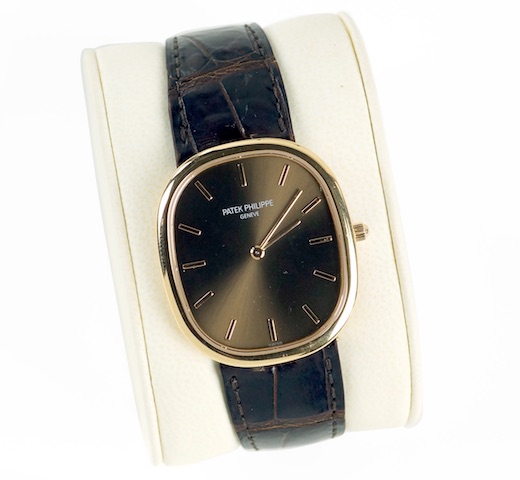 An original gouache painting done around 1930 by the French painter Maurice Utrillo, an engagement ring set boasting a 3.28-carat, prong-set emerald cut center diamond, and an 18kt yellow gold Patek Philippe Calatrava men’s watch with original alligator band are a few expected top lots in back to back auctions planned for May 21-22, 2019 by Susanin’s Auctions.

The auctions will be held online as well as in Susanin’s gallery located at 900 South Clinton in Chicago, Illinois. Start times both days are 10 AM CT. For those unable to attend in person, online bidding will be facilitated by LiveAuctioneers.com. Phone and absentee bids will also be taken.

The Tuesday, May 21 auction will contain nearly 600 lots of fine jewelry, timepieces, paper currency, numismatics and costume jewelry, while the May 22 Spring Premiere Auction will feature more than 400 lots of furniture, decorative arts, fine art, Asian arts, and collectibles.

The diamond and platinum engagement ring set, and the Patek Philippe watch, are the probable superstars of day one. The diamond in the ring set boasts J color and VVS-1 clarity. The four bezel set baguette diamonds surrounding the central diamond have G-H color and VS-1/VS-2 clarity. The platinum band contains nine baguette diamonds. The set is estimated at $15,000-20,000.

Other Patek Philippe watches will include a men’s Ellipse model with an 18kt rose gold cushion shape case; and an 18kt yellow gold lady’s Ellipse watch with quartz movement and blue enamel dial. Each is estimated to bring $4,000-6,000.

In addition to Patek Philippe, timepieces by many other renowned makers will come up for bid. Costume and silver by names like David Andersen, Fabrice, John Hardy, Hobe, Kai-Yin Lo, Lalique, Los Castillo and Spratling will also be in the sale, as will a fine selection of American, Danish, Israeli, and English numismatics and paper currency.

The day two catalog will be packed with mid-century and Continental furniture, decorative arts (including Moorcroft, Lalique, and Steuben), Asian ceramics, bronzes and inro, plus a session of nearly 200 lots of fine art from many noted, listed artists.

The painting by Maurice Utrillo (French, 1883-1955), titled Rue de Mont-Cenis a Montmartre, is a candidate for top lot of the two days overall, with an estimate of $50,000-70,000. The vibrant and colorful figural street scene is signed lower right and inscribed “Montmartre”. The work’s provenance dates back to 1963, when it was sold by the Galerie Paul Petrides in Paris to Jacob Polak of Sarasota, FL. A Galerie Paul Petrides certificate of authenticity is dated July 1, 1963.

To learn more about Susanin’s Auctioneers & Appraisers and the auctions planned for Tuesday and Wednesday, May 21-22, visit susanins.com. Updates are posted often.