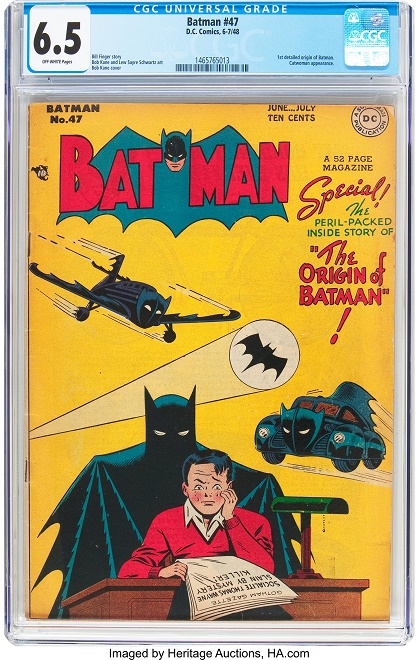 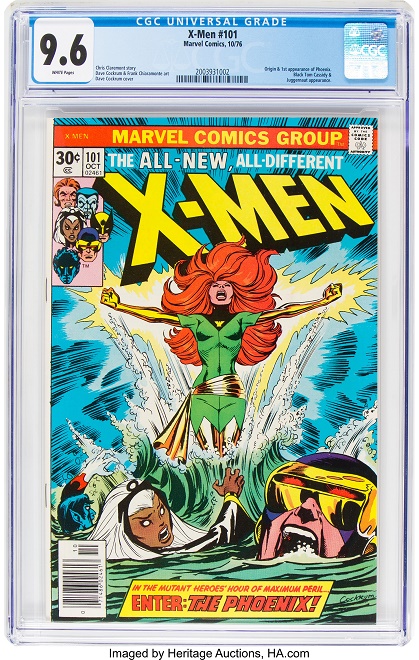 A pair of important origin stories are featured in the current Heritage Sunday Internet Comics, Animation & Art Auction. Collectors have the chance to bid on Batman’s detailed origin and Phoenix’s first appearance on Sunday, May 19, 2019.

Batman #47 CGC 6.5 contains a number of elements that make it appealing to collectors. The issue offers the first detailed origin of Batman, who tracks down his parents’ killer and reveals his identity. The issue features an appearance by Catwoman, as well as a cover that shows the Batmobile, the Bat-Plane, and the Bat-Signal. The issue’s cover and interior art are by Bob Kane, with inks by Charles Paris.

X-Men #101 CGC 9.6 includes the origin and first appearance of Phoenix, the alter ego of Jean Grey-Summers, and also has been known under other names including Marvel Girl and Dark Phoenix. A mutant with telepathic and telekinetic abilities, Jean was created by Stan Lee and Jack Kirby, with a debut in The X-Men #1 (September 1963).