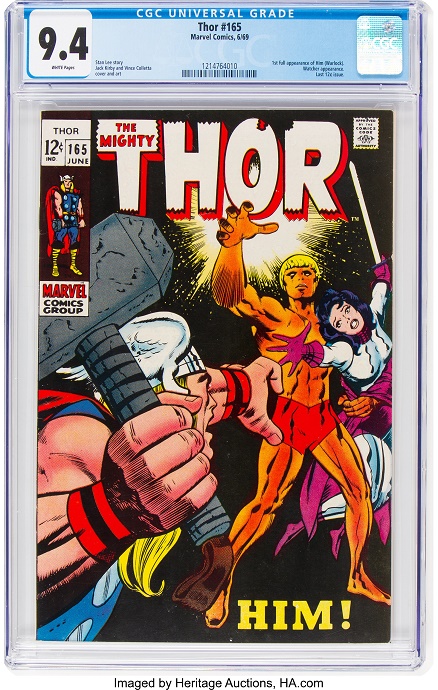 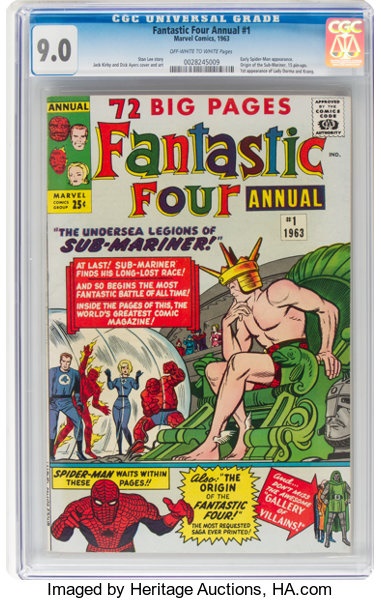 An early page of Adam Strange and the first Fantastic Four Annual are ready for bidding in Heritage’s Sunday Comics, Animation & Art Weekly Online Auction. These comics are joined by over 1,000 lots, which will be sold on June 16, 2019.

A high grade copy of the first full appearance of “Him,” a.k.a. Adam Strange, can be found in Thor #165 CGC 9.4. With cover and art by Jack Kirby and Vince Colletta, this issue features the first appearance of the Astrologer Royal of Asgard, as well as appearances by Odin and Watcher.

A clash between many popular characters is featured in Fantastic Four Annual #1 CGC 9.0, with cover and art provided by Jack Kirby and Dick Ayers. The Fantastic Four and Namor face each other in this event, along with the first appearances of Lady Dorma and the supervillain Krang, plus an early Spider-Man appearance in a backup feature.

There are 1,024 lots of comic books, original comic art, and memorabilia in Heritage’s current Sunday auction. Bidding opens at 6 PM CT on HA.com.