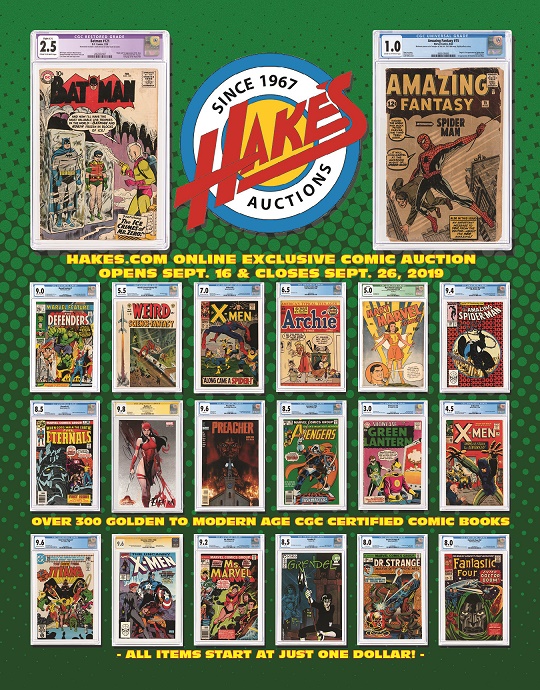 Hake’s Auctions is hosting an online exclusive comic auction from Monday, September 16 to Thursday, September 26, 2019. Over 300 Golden to Modern Age CGC-graded comics will cross the auction block. These books, including some keys, first appearances, and #1 issues, will all open at just $1.

The online-only auction will be open for bidding on September 16 at hakes.com.