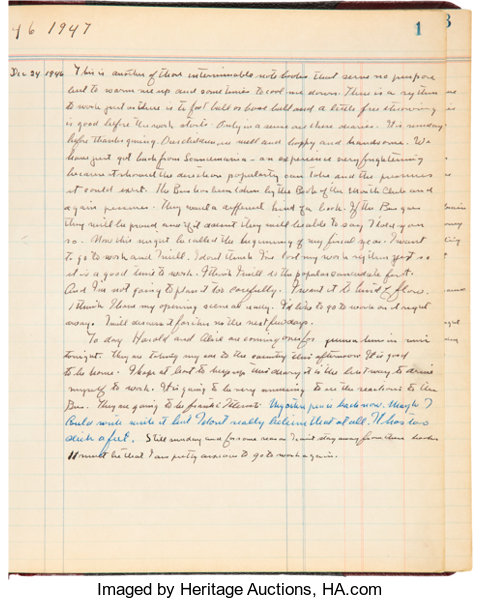 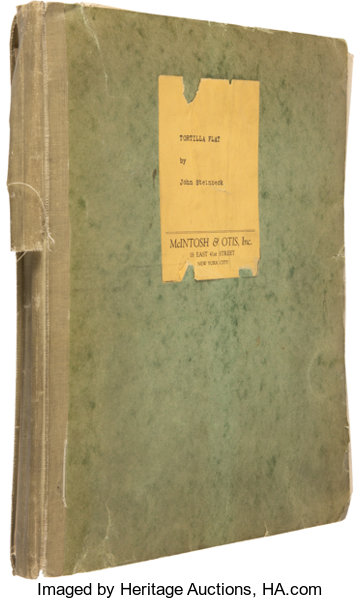 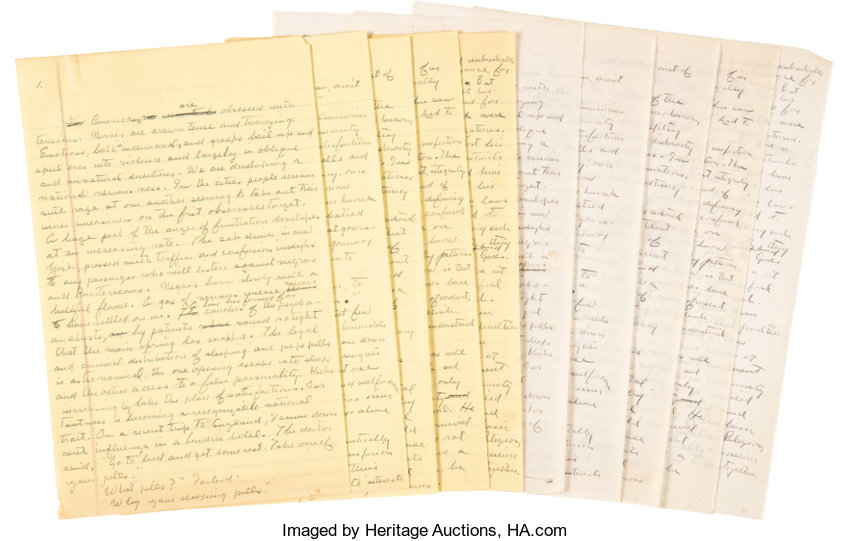 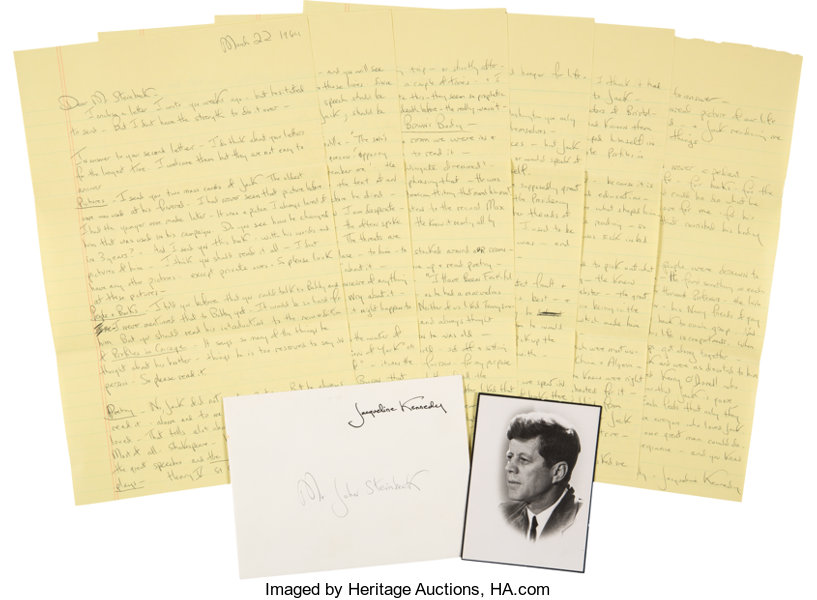 A collection from one of the most celebrated American authors of all time will cross the block October 24, 2019, in Heritage’s Estate of John and Elaine Steinbeck Manuscripts Internet Auction.

The collection is from the family of Elaine Steinbeck – John’s third wife – and has been housed in a storage unit that held the contents of their apartment on New York’s Upper East Side. Called a giant of American letters, John Steinbeck authored 27 books, including 16 novels, six nonfiction books and two collections of short stories. The Grapes of Wrath is considered his masterpiece and earned him a Pulitzer Prize. He also won the 1962 Nobel Prize in Literature for “his realistic and imaginative writings, combining as they do sympathetic humour and keen social perception.”

“These manuscripts and decorative objects have been in storage for several years and the family has decided to make them available to Steinbeck fans everywhere,” Heritage Auctions Trusts and Estates Director Elyse Luray said. “These are items that personally belonged to John. They give collectors a front row seat into this life, travels, thoughts, family and personal feelings.”

One of the most intriguing lots in the sale is the John Steinbeck 1946-1947 warm-up journal which he described as “one of those interminable notebooks that serves no purpose but to warm me up and sometimes to cool me down.” Dated from November 1946 through June 1947, the journal reveals insights into the author’s mind while he worked on The Wayward Bus, his (ultimately scrapped) play The Last Joan and other various projects.

Steinbeck Tortilla Flat typescript is a 232-page manuscript with the title and author typewritten above the publisher’s information. One of the author’s great “California novels,” Tortilla Flat was Steinbeck’s first critical success, winning the California Commonwealth Club’s Gold Medal. The novel later was adapted into a 1942 film starring Spencer Tracy and John Garfield.

A Steinbeck autograph manuscript unsigned with carbon copy is a five-page document discussing Steinbeck’s feelings and concerns about the current state of the United States. In the letter, bemoans the “legal and criminal distribution of sleeping and pep pills” and expresses frustration over the fact that “Attempts to write and pass laws defining ethical conduct in public servants become confused and aimless because no two people can agree on what constitutes ethical conduct.”

Jacqueline Kennedy autograph letter signed “Jacqueline Kennedy” is a six-page handwritten letter dated March 22, 1964, from the First Lady to Steinbeck, in which she answers questions about her late husband. The questions likely were meant to be used in a biography that Steinbeck never ended up writing.

A John F. Kennedy typed letter signed “John Kennedy” is a single typed sheet dated September 8, 1961, from the 35th United States President to Steinbeck, regarding future collaborations between the government and those in the arts. In the letter, Kennedy discusses the pleasure he and his wife had going through two albums of letters received from Miss Kay Halle, adding that he is “hopeful that this collaboration between government and the arts will continue and prosper.”