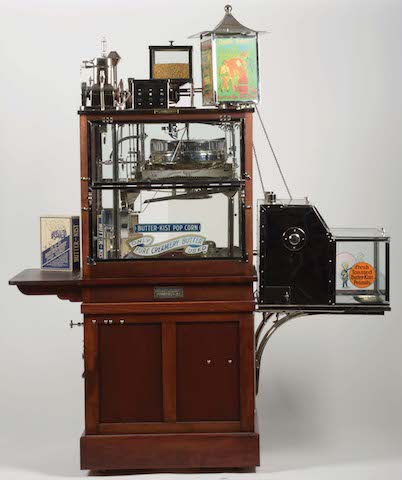 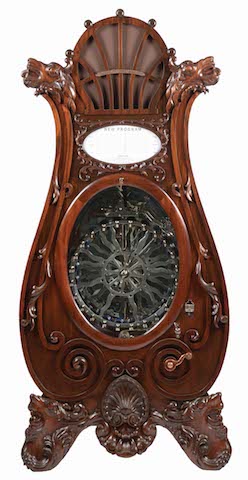 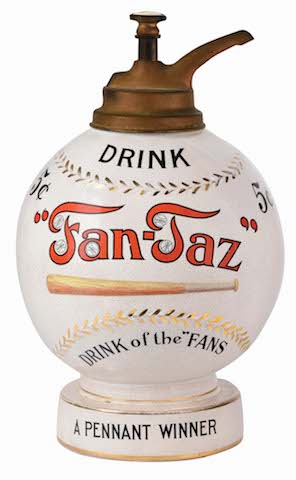 They clang, they whirr, some play music, and some were designed to pay jackpots, challenge early “gamers,” or dispense snacks. These are just some of the actions and sounds associated with antique coin-op machines, which have entertained America since the 19th century. This month Morphy Auctions’ Pennsylvania gallery has transformed into a virtual amusement arcade, showcasing a first class lineup of gaming, vending and music machines, as well as a fine array of antique advertising. Comprising 1,475 lots in all, this exciting selection will cross the auction block at Morphy’s Coin-Op & Advertising sale, November 20-21, 2019.

Day one is devoted primarily to coin-op and gambling machines, while day two will feature antique advertising and general antiques. An extra highlight of the opening session is a grouping of 78 early floor model and countertop cash registers, many of them ornate and with toppers that display messages, such as “Pay Here,” “Amount Purchased,” or the name of the business establishment.

One of the auction’s superstars is an extremely hard-to-find Caille Brothers 5¢ “Black Cat” musical upright slot machine in all-original condition. It has its correct castings, coin head, and spinning wheel. The unit’s handsome oak cabinet is heavily embellished with nickel-plating, and it stands on four sturdy nickel-plated cabriole legs. The presale estimate for this coveted machine is $60,000-$90,000.

Another good-looking 5¢ musical slot machine by Caille Brothers of Detroit is their circa 1901 “Puck,” which has been beautifully restored with a replaced chipped-glass front and all original castings. Complete with keys, Puck is ready to amuse a new owner for $30,000-50,000.

A marvel of early American ingenuity, a 1905 Multiphone Operating Company 5¢ multiple-cylinder phonograph boasts technology that allowed the patron to wind the machine’s carousel and choose any musical selection from a 24-tune playlist. “We have sold several of these remarkable instruments over the years, however this example, with ornately carved dragon-heads and claw feet on the mahogany cabinet, is a version we have not seen before,” said Morphy Auctions founder and president Dan Morphy. Skillfully restored and with keys supplied, it is expected to make $40,000-70,000.

A later coin-operated entertainer, a Rock-Ola multi-coin Model 1414 phonograph jukebox was made around 1942. A sensational combination of late Art Deco design and technological innovation, this extremely rare jukebox is one of only a few known examples of Rock-Ola’s “Commando” model modified to look like the rare “President.” Morphy explained the models’ history: “The President’s rarity is due to the fact that it was manufactured just before World War II, right around the time Rock-Ola had to refocus its efforts on the production of M1 carbine rifles for the war effort. When that happened, Rock-Ola abandoned the elaborate and difficult to manufacture design of the President and switched to the simpler but similar Commando model. The example in our auction has a fantastic look and sound. We think it’s going to be a big hit with collectors.” Auction estimate: $30,000-60,000.

Just 1¢ is all it takes to find out your exact weight on a circa 1904 George Washington nickel-embellished, oak-framed scale made by Caille Brothers. The version offered by Morphy’s is extremely rare because of its random money-back feature that returns the inserted penny “if you are lucky.” The large painted-tin dial with Washington’s image is immaculate, and the nickel castings are all original. Accompanied by a key, it is estimated at $8,000-15,000.

Lot 1097, a Holcomb & Hoke Butter-Kist Popcorn machine, may well represent the original snack food multitasker. Made in the first quarter of 20th century, fully automatic floor models of this type not only popped and buttered fresh, hot popcorn but also came with an attached accessory that utilized the machine’s steam source to roast Butter-Kist peanuts or other types of nuts. The especially complete example in Morphy’s sale comes with a period 5 gallon kerosene jug, butter jug and other extras, including a display mannequin to “attend” the machine. Estimate: $10,000-30,000.

The selection of 78 antique cash registers includes some very primitive models, such as a quaint countertop-style Miles “woodie” sales register with a single dial front, which is estimated at $3,000-6,000.

A glowing beacon over the day two advertising selection is the mesmerizing oversized Coca-Cola leaded glass display bottle known within the hobby to be extremely rare and elusive. “Few ever appear for sale in the marketplace,” Morphy noted. Standing 47 by 19 by 19 inches on its wooden base, it was manufactured in the 1920s by Metropolitan Art Glass Co., of New York. At auction, it should land in the $50,000-80,000 range.

Two lots, in particular, evoke the nostalgia of America’s once ubiquitous soda fountains. Lot 2166, a large (90 by 77 by 18 inches), a double-sided yellow on green neon sign for Campbell’s Palace Drugs features a prominent middle field with the distinctive “Coca-Cola” name in cursive writing against a red ground. The colors on this glossy, eye-catching sign are strong and undiminished by time. It is in working order and ready to be hung. Estimate: $8,000-18,000

The second soda fountain item of special note is a classic Fan-Taz ceramic soda fountain syrup dispenser shaped and decorated like a stitched baseball. “Drink Fan-Taz, Drink of the Fans,” it beckons. It is also emblazoned with an image of a baseball and the price, 5¢. In excellent to near-mint condition, its estimate is $10,000-20,000.

In all, there are 730 advertising lots with broad appeal, covering a number of subcategories such as alcohol, tobacco, barbershop, candy, and gum; soft drinks, ice cream, general store, and more.

Morphy’s November 20-21, 2019 Coin-Op and Advertising Auction will be held at the company’s gallery located at 2000 North Reading Road, Denver, PA 17517, starting at 9 AM ET each day. All forms of bidding will be available, including live via the Internet through Morphy Live.