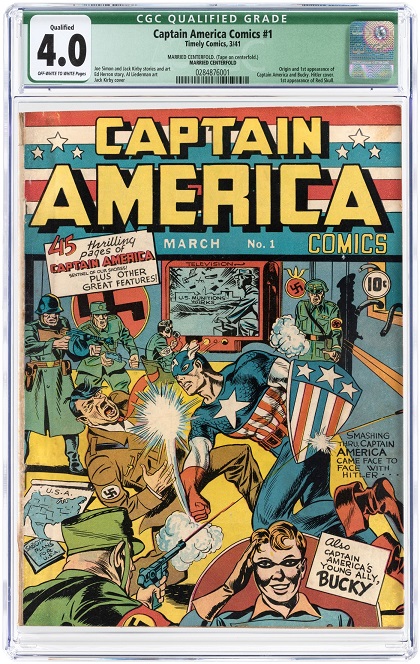 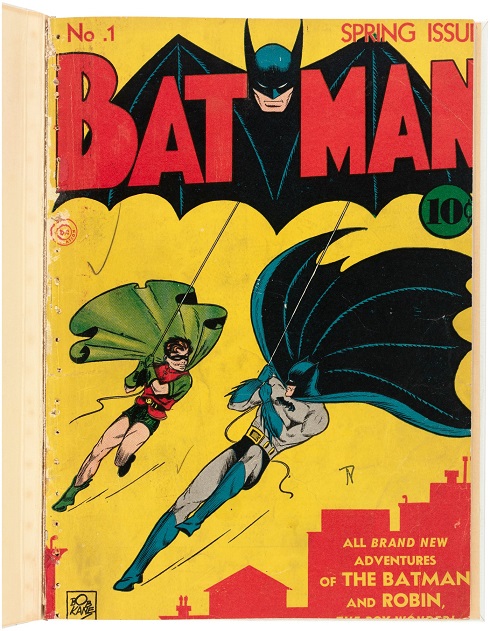 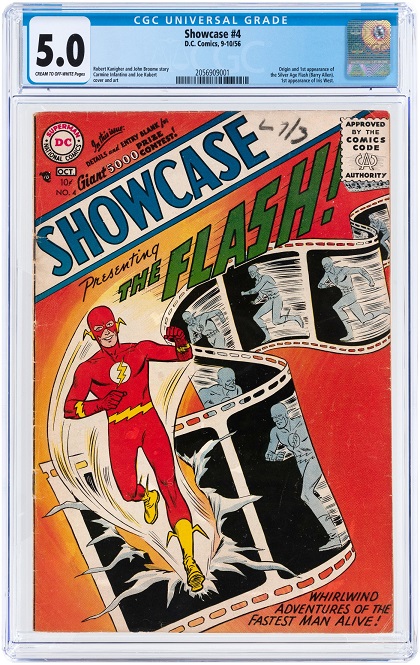 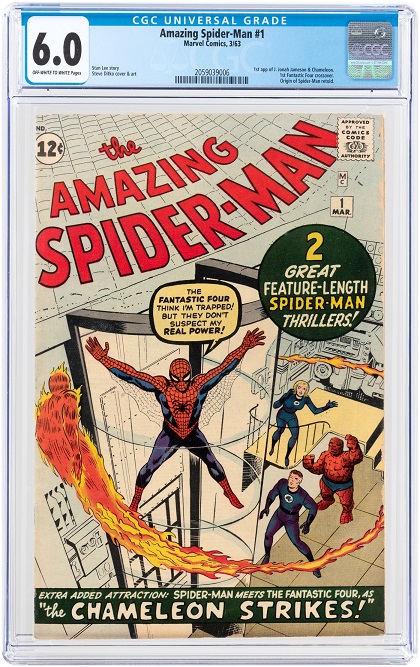 A bound comic book volume of Batman #1-2, housing the debuts of Joker and Catwoman, soared to $22,420. Featuring stories by Bill Finger with cover and art by Bob Kane and Jerry Robinson, these issues also have a Hugo Strange appearance and Batman and Robin pinup on the back cover.

Showcase #4 CGC 5.0, with the first appearances of the Silver Age Flash/Barry Allen and Iris West raced to $20,768. It has story by Robert Kanigher and John Broome with cover and art by Carmine Infantino and Joe Kubert.

The first appearances of Thomas and Martha Wayne and Joe Chill in Detective Comics #33 CGC 1.0 swooped in for $17,210. This early Batman issue has stories by Gardner Fox and Jerry Siegel that include Batman’s origin and features cover and art by Bob Kane with additional art by Sheldon Moldoff and Fred Guardineer.

X-Men #1 CGC 7.0, which has a Stan Lee story and Jack Kirby cover and art, hammered for $15,635. This issue houses the origin and first appearance of the X-Men, including Professor X, Cyclops, Iceman, Angel, Beast, and Marvel Girl, as well as Magneto.

These comics are just a few of the impressive sales achieved in Hake’s Auction #228. All prices include an 18% buyer’s premium. The top sales from Part I and Part II can be viewed on the Hake’s website.