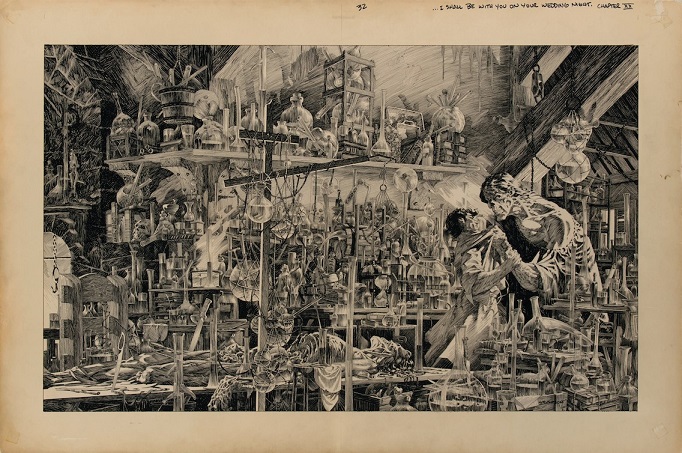 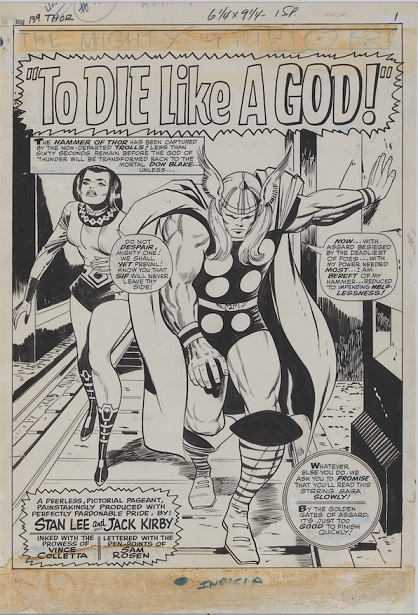 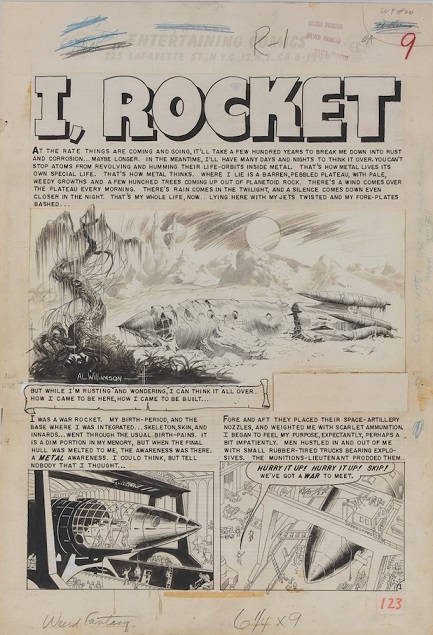 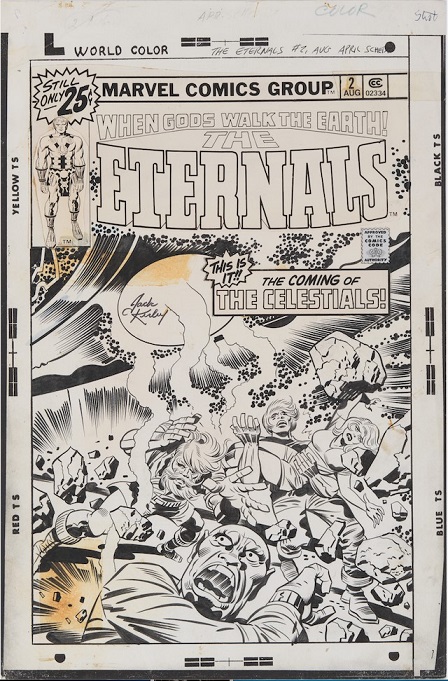 Profiles in History will soon host the Comic & Illustration Art: The Property of a Distinguished American Collector auction. After being privately held for decades, this collection of comic and illustration art will be sold on December 12, 2019, in Los Angeles.

Among the desirable treasures is Bernie Wrightson’s original wraparound cover art from Marvel’s 1983 Frankenstein illustrated edition. Depicting some of his most masterful, detailed work, it is considered among the finest illustrated books of the 20th century. Profiles in History recently set a record when they sold a Wrightson Frankenstein interior plate from director Frank Darabont’s collection for $156,000. This wraparound cover could set another record, projected to sell for north of $750,000.

Profiles in History is offering the rare opportunity to own a complete 16-page Jack Kirby and Vince Colletta story. They are selling the original art for The Mighty Thor #139 story “To Die Like a God,” which features plenty of action on the Silver Age twice-up. Kirby is also represented with John Verpoorten with the original art for The Eternals #2 complete 17-page story “The Celestials.”

The Al Williamson, Frank Frazetta, and Roy Krenkel original art for Weird Fantasy #20 is the complete 7-page story “I, Rocket.” This memorable story teams two of EC’s best artists with the most significant fantasy art icon and adapts the classic story by sci-fi author Ray Bradbury.

The John Byrne original art for Fantastic Four #256 is a complete 22-page story “The Annihilation Gambit.” Rendered during Byrne’s prominent run for the title, it includes images of the Avengers and the formidable Galactus.

Auction previews are available by appointment only. The East Coast preview is on December 5-7 at the Society of Illustrators, 128 East 63rd Street, New York, NY. The contact person is Rob Pistella who can be reached at (804) 363-1365 or robpistella@mac.com. The West Coast preview is available now through December 12 at Profiles in History, 26662 Agoura Road, Calabasas, CA. The contact person is Zach Pogemiller who can be reached at (310) 859-7701 or zach@profilesinhistory.com.

The auction can be accessed on the Profiles in History website.