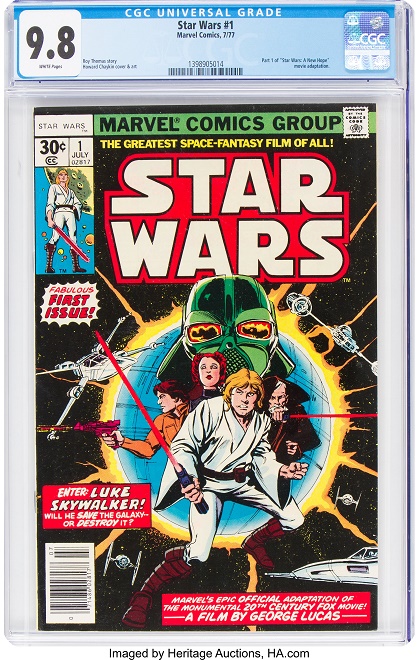 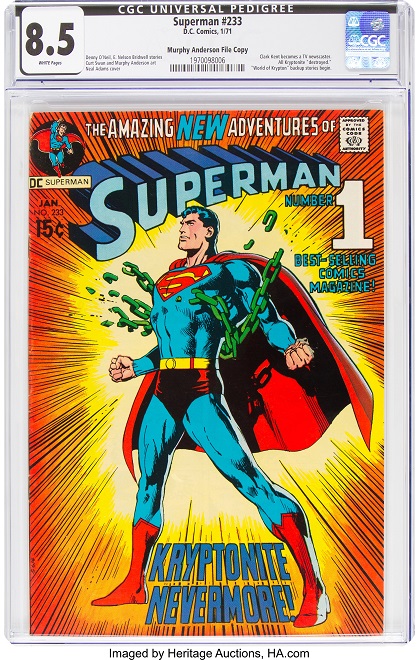 A visually dramatic cover by Neal Adams is found on Superman #233 Murphy Anderson File copy CGC 8.5, which shows the Man of Steel busting through the chains that surround his chest. With interior art by Curt Swan, this issue marks the start of Clark Kent becoming a television newscaster, has the second appearance of Morgan Edge, and shows the destruction of all Kryptonite on Earth.