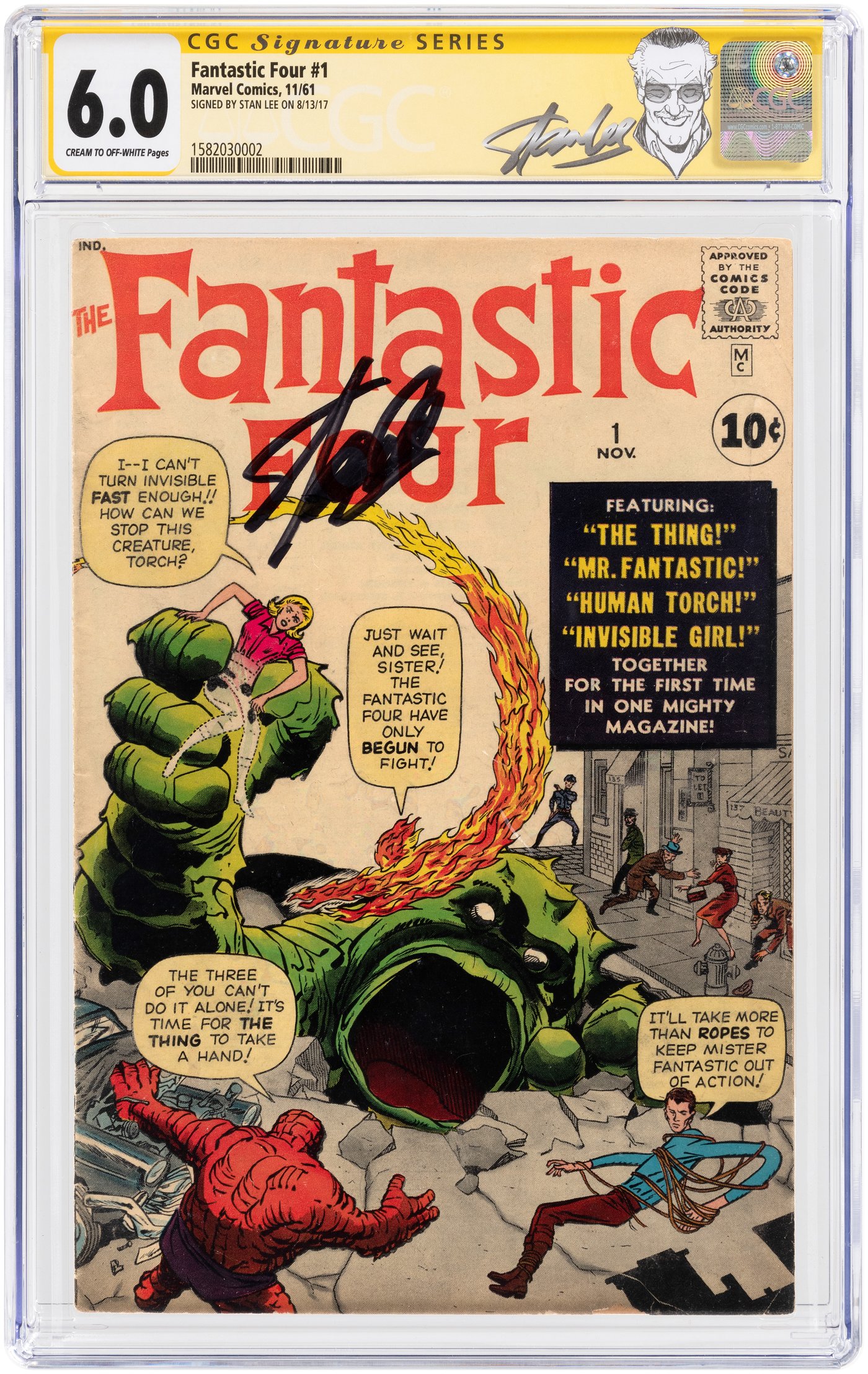 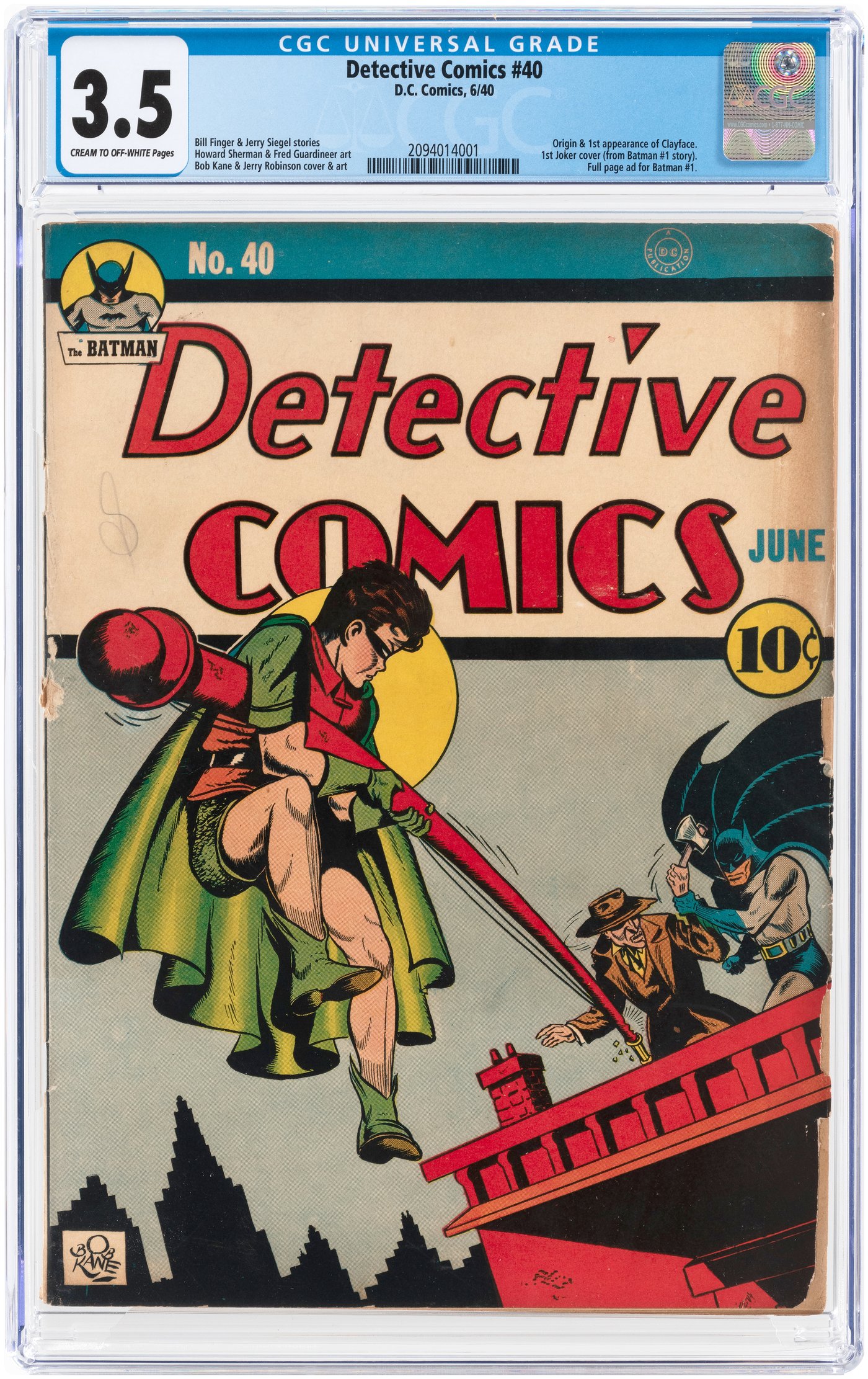 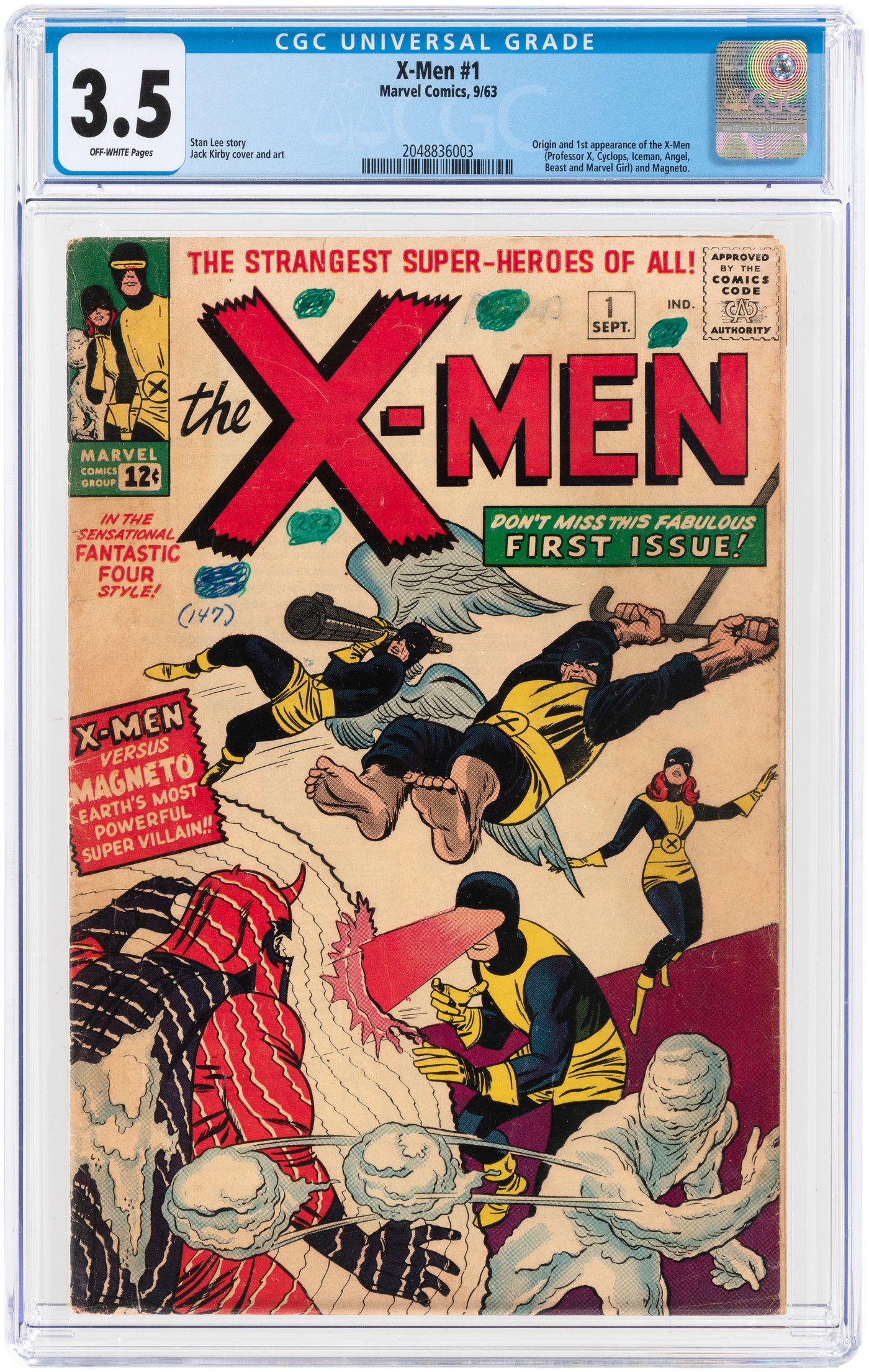 One major highlight from these offerings was a Showcase #4 CGC 8.0, featuring the origin and first appearance of the Silver Age Flash Barry Allen and the debut of Barry’s future wife Iris West. This key issue reached $75,284.

An Incredible Hulk #1 CGC 5.5 smashed onto the scene at $19,275. Along with the origin and first appearance of Hulk, this issue also introduces Rick Jones, Betty Ross, and General Ross.

A copy of Fantastic Four #1 CGC 6.0, signed in black felt tip pen by the late Stan Lee hammered for $17,700. In this story by Stan Lee with art by Jack Kirby, Marvel’s first superhero team makes their premiere.

The Dark Knight scored big with a copy of Batman #1 CGC NG reaching $17,523. This issue introduces two of Batman’s most prominent foes, the Joker and Catwoman, who celebrate their 80th anniversary this year.

Wolverine clawed his way to $8,731 with a copy of Incredible Hulk #181 CGC 9.4, featuring his first full appearance. Written by Len Wein with a cover by Herb Trimpe, this issue also sees an appearance by Wendigo.

A Detective Comics #40 CGC 3.5 showcasing the origin and first appearance of Clayface brought in $6,509. It is also the first Joker cover, by Bob Kane and Jerry Robinson, from Batman #1 and features a full page ad for the issue.

The Heroes in a Half Shell make their debut in an original first printing of Teenage Mutant Ninja Turtles #1 CGC 8.0, which reached $6,490. In addition to the Turtles, this issue also introduces Splinter and Shredder.

Thor, the God of Thunder swings into the pages of Marvel for his debut in Journey Into Mystery #83 CGC 4.5, which ended at $6,405. This issue features a story by Stan Lee with art by Jack Kirby and Steve Ditko.

A copy of X-Men #1 CGC 3.5, featuring the origin and first appearance of the X-Men, closed at $4,153 This issue introduces the original team of Professor X, Cyclops, Iceman, Angel, Beast and Marvel Girl, while also introducing Magneto.

All prices include an 18% buyer’s premium. Top items from Wednesday and Thursday can be viewed on Hake’s website.