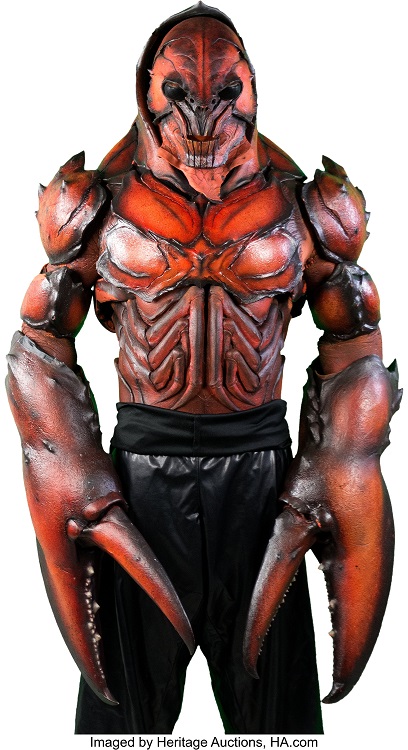 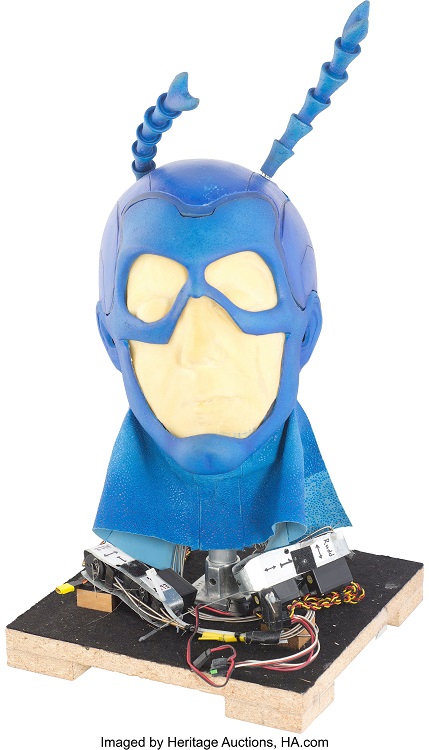 On Wednesday, May 27, 2020, Heritage Auctions teamed up with ScreenBid to auction costumes, masks, props, and over 100 other onscreen items from Amazon Prime’s acclaimed, short-lived series, The Tick. The sale brought in $102,400 total, with over 25% coming from just two items. The Lobstercules costume worn by the super-strong, bank robbing humanoid lobster and the Lobstercules animatronic head each sold for $13,750.

Taking the next highest spot was the Flag Five Flock watches and case given to the Tick, Arthur, Bronze Star, Sage the Supernumerary, and Joan of Arc realized $9,375.

The Tick’s animatronic head and the Tick’s costume worn by Peter Serafinowicz during the second season each sold for $6,875. The costume was the subject of heated bidding, gaining 374 bids before the hammer fell.

Another item that gained significant attention was Arthur Everest’s Moth costume, which nabbed $4,000. Other costume sales included the Tick’s costume from the pilot that reached $3,500 and a second sold for $1,875.

“It was a fun and appropriately exhilarating auction,” said Jim Halperin, Heritage’s Co-Chairman. “We were thrilled by the opportunity to bring this cult comic classic to our community of collectors – and, we believe, some newcomers. We’re always excited by new opportunities to expand the collecting universe.”

Additional notable sales were Joan of Arc’s Flag Five dossier folder for $1,875, the “M” charm worn by crimefighting mutt Midnight for $1,375, and a copy of the dog’s autobiography for $687.