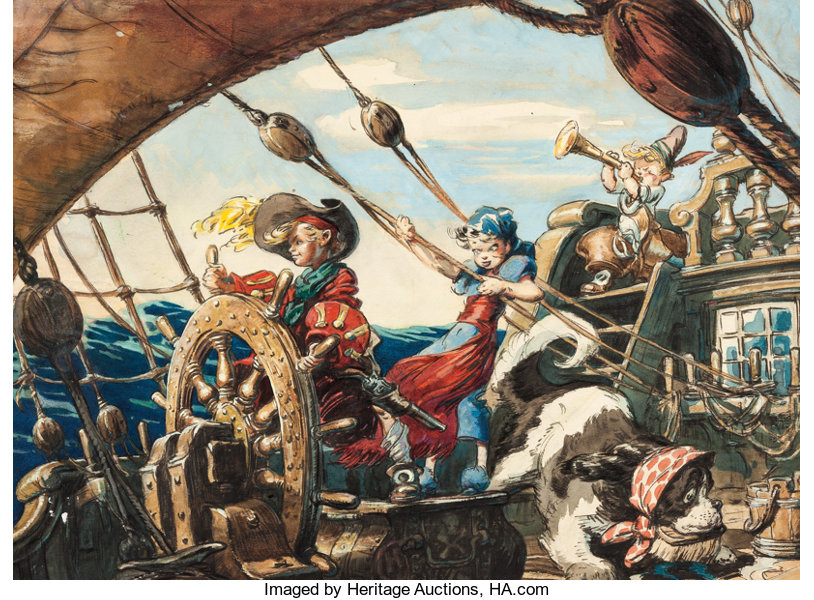 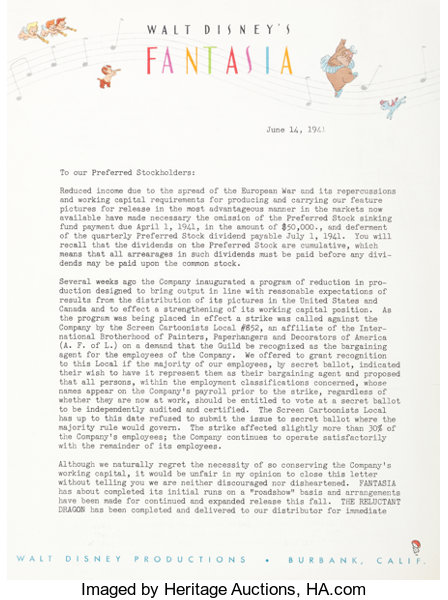 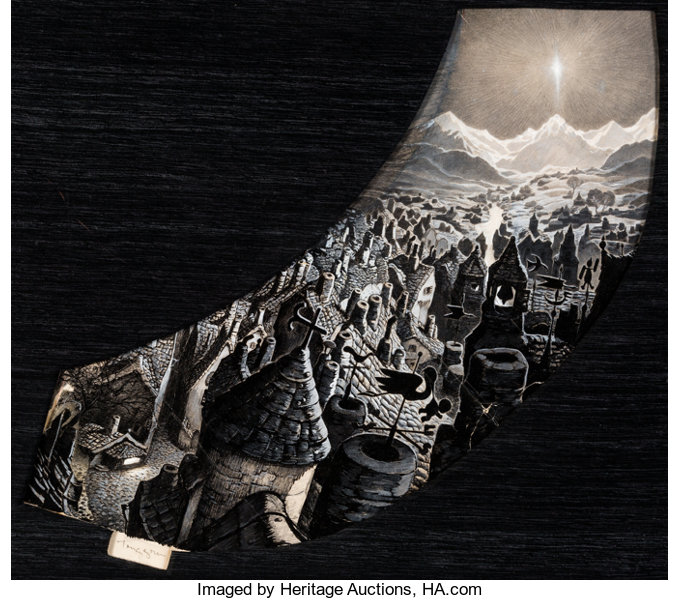 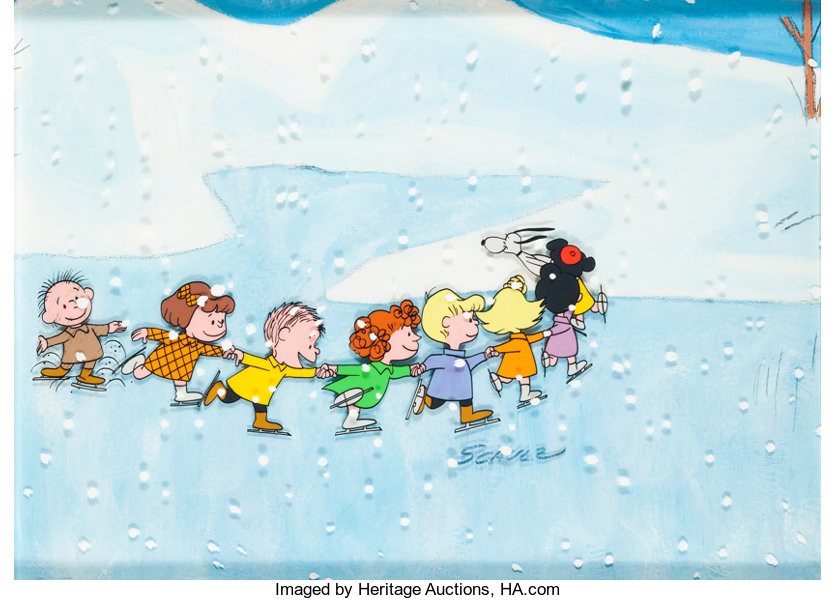 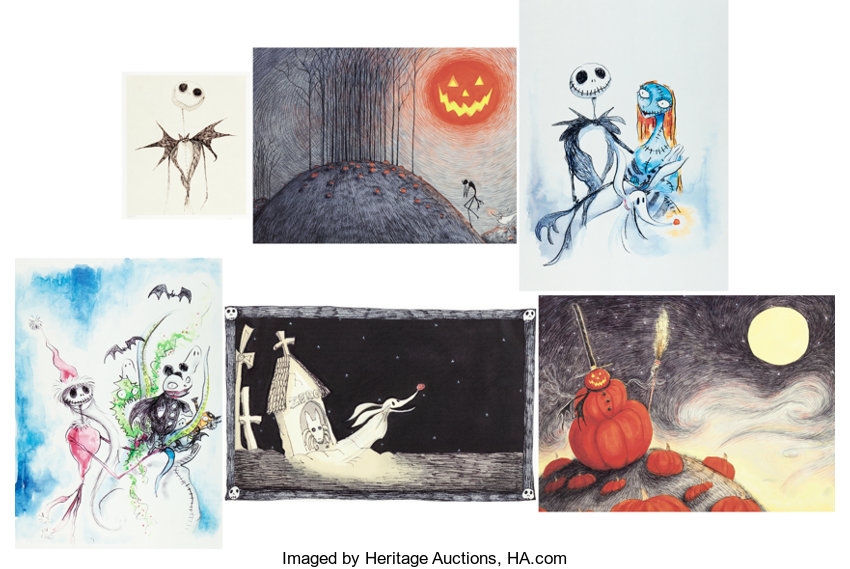 One of the largest collections of art from Peter Pan ever brought to market, including masterpieces by David Hall and Mary Blair, plus a large offering of art, photos, books, and more signed by Walt Disney are in Heritage’s June 19-21, 2020, Animation Art Auction.

“This sale has as broad a range of material as any animated art auction has had,” Animated Art Director Jim Lentz said. “There are items from virtually every classic animated film, and by all of the best artists. The choices range from one of the largest collections of rare production cels, animation drawings, concept art, backgrounds and storyboards from Peter Pan. There literally is something for collectors of all tastes in this sale.”

An assortment of 25 lots of items hand-signed by Walt Disney, who was not known for signing a lot of autographs, are offered. Disney-signed lots in this auction include artwork, checks, photos, books, an insurance card, and World War II ephemera.

Disney-signed lots include a two-page letter to stockholders, which is hand-typed on Walt Disney Productions stationery dated June 14, 1941, with a Fantasia logo on first page, and large Walt Disney signature on the second page. This is one of the oldest and most important known Disney-signed letters.

The auction includes over 40 pieces by Mary Blair, who was considered Walt Disney’s favorite artist and was inducted in 1991 into the Disney Legends group. Highlights are Blair and Eyvind Earle’s Peter Pan concept art group of two, Blair’s Cinderella concept/color key original art and a concept painting, and Alice in Wonderland Alice with flowers and birds concept painting.

The sale features five lots from the Disney Store that opened in March 1987 in Glendale, California, and grew into a worldwide chain that boasted 749 stores at its peak in 1997. Among the highlights store displays of the Seven Dwarfs, Pluto and Donald Duck, Mickey Mouse, and Donald Duck and Pete.

Included in the auction are 48 lots from one of the best production art selections ever assembled from The Simpsons, the longest-running American sitcom and the longest-running American scripted primetime television series, in terms of both seasons and number of episodes. Among those are 27 lots by Bill Plympton, the artist whose contributions include the “couch gag” that appears in the opening of each episode. Highlights from the show are the couch gag production cel and key master background setup, Bart and Lisa signed production cel with Matt Groening sketch, and Bill Plympton season 19 DVD box set animation drawings sequence of three and a sequence of five.

The auction also includes cartoon lots from Hanna-Barbera, Warner Brothers, Looney Tunes, and MGM; classic films like Snow White and the Seven Dwarfs, Bambi, Lady and the Tramp, and Sleeping Beauty; and Disney Renaissance films like Who Framed Roger Rabbit, The Little Mermaid, and Beauty and the Beast.