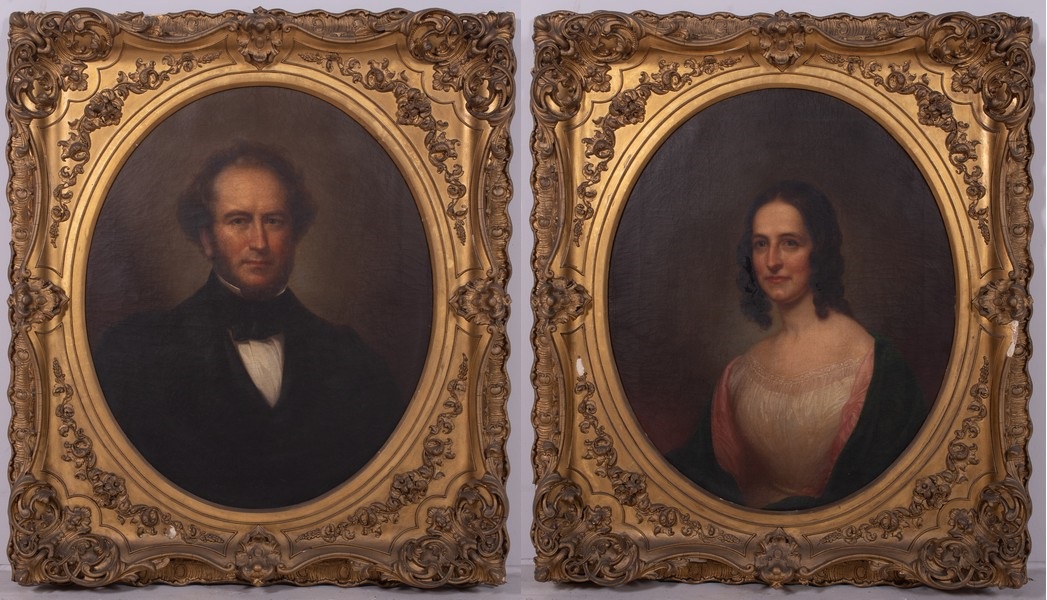 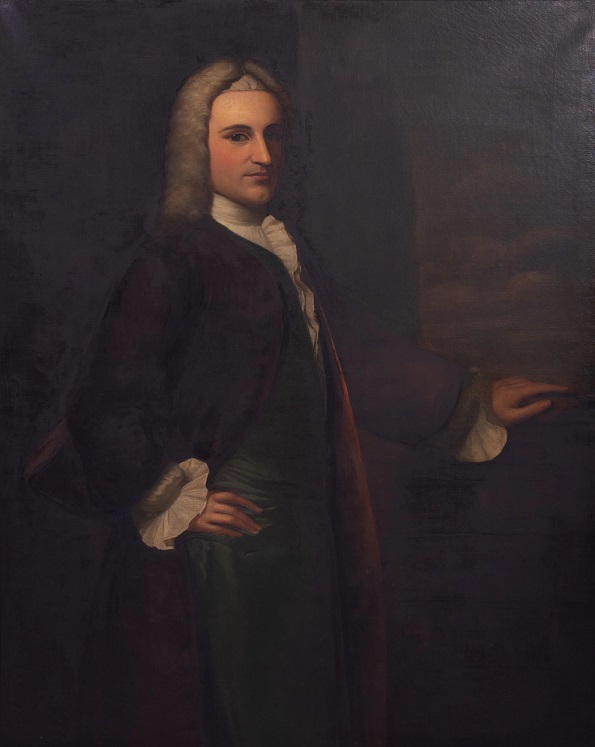 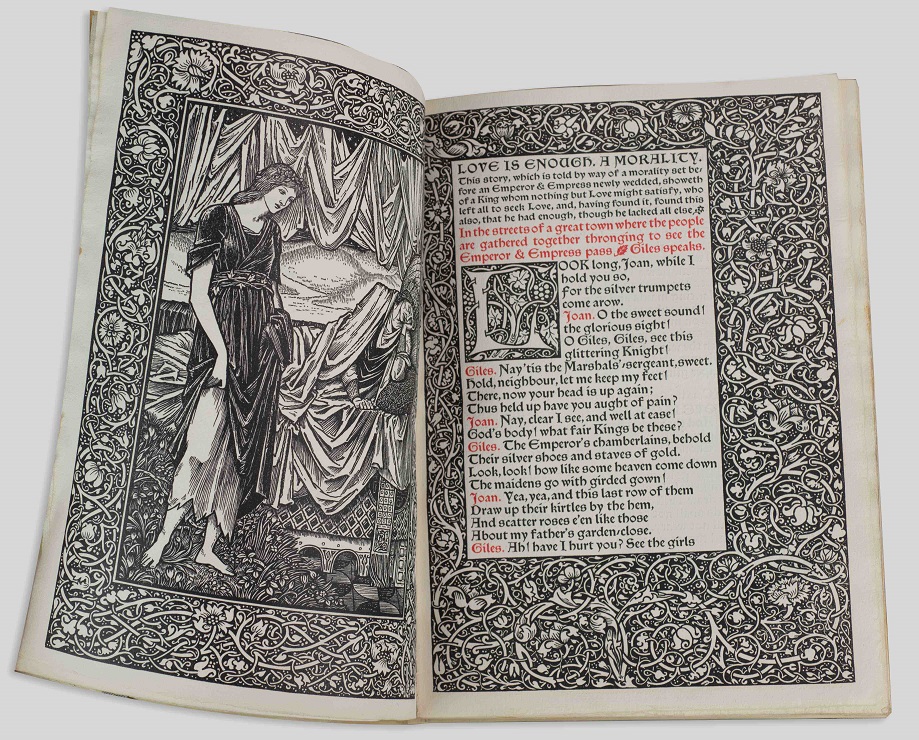 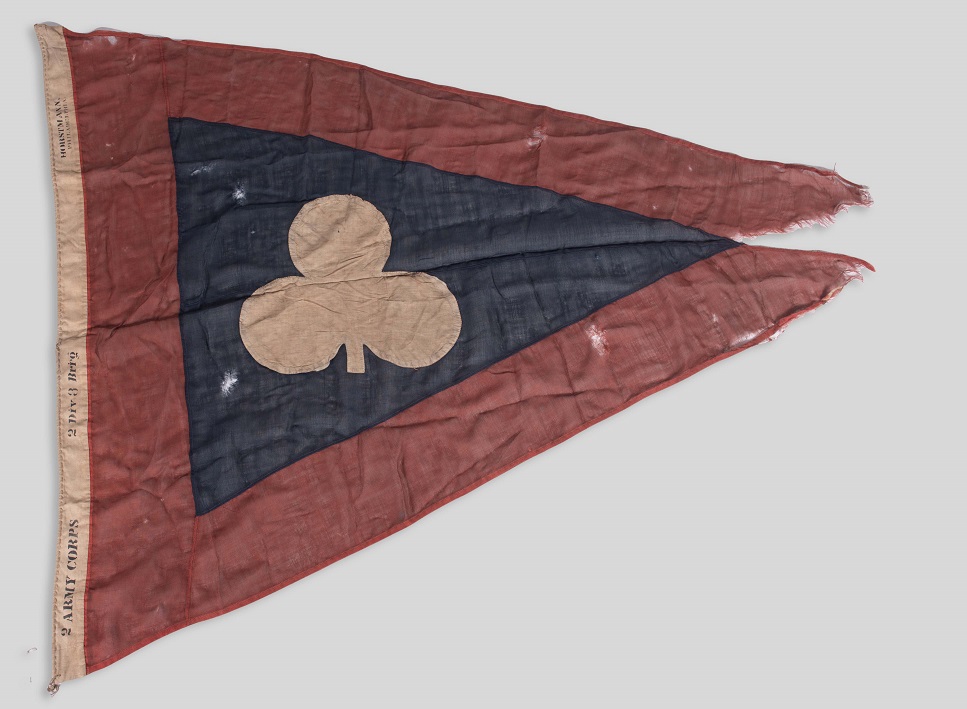 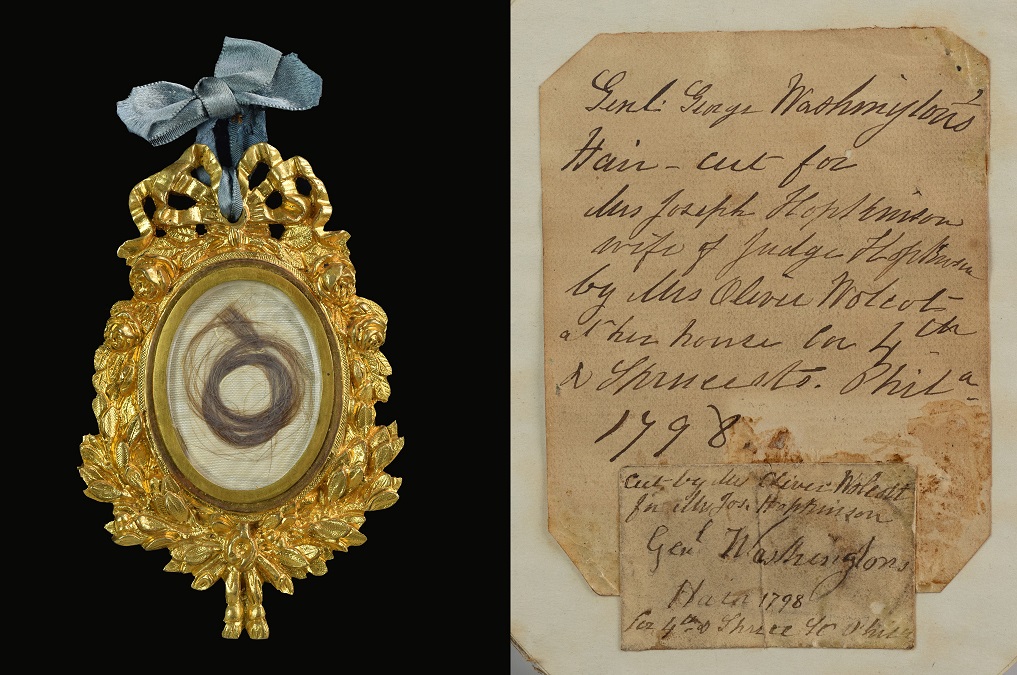 Philadelphia, America’s first capital and home to Independence Hall and the Liberty Bell, is steeped in political, military and social history. Its cobblestone streets, 18th century buildings and revered educational institutions bear the names of prominent families whose origins date back to colonial days. One such Philadelphia family, the Hopkinsons, can count amongst its illustrious ancestors the patriot and Declaration of Independence signatory Francis Hopkinson (1737-1791). A lawyer, judge, author, composer, merchant and holder of many high public offices, Francis Hopkinson is also distinguished for having designed Continental paper money, the first United States coin, and early versions of the American Flag.

Now, 300 years after Francis Hopkinson’s birth, his direct descendants have chosen to auction a treasured multigenerational family archive of Americana, documents, fine art and books that had long been stored away in 25 large steamer trunks. William Bunch Auctions of Chadds Ford, PA, will conduct the live-online auction on June 23, 2020, simultaneously through four different bidding platforms. Note: Live gallery bidding will not be permitted, due to the state government’s COVID-19 lockdown.

The Hopkinson consignment is family owned and completely fresh to the market. “The Hopkinson descendants who consigned the goods provided an extremely helpful inventory of the trunks’ contents, but we were still pleasantly surprised at what we found,” said Bunch. “We unwrapped very nice early 19th century Philadelphia silver, sterling flatware, cut glass and Continental crystal, but the real treasure trove, which will be sold on June 23, is the amazing collection of historical artifacts, manuscripts and unique Americana.” Bunch describes the assemblage as “an 18th through 20th century profile of an important Philadelphia political and social family.”

Perhaps no other item in the sale reflects the Hopkinson family’s status more than the substantial lock of George Washington’s (1732-1799) hair framed and encased in an ornate gilt metal locket. Two applied notes of provenance on verso indicate that the hair was “Cut by Mrs. Oliver Wolcot [sic.] at her house 4th & Spruce Sts. Phila 1798” and that the memento was specifically for “Mrs. Jos. Hopkinson.” The circumstances and individuals involved shine a light on the status of the Hopkinson family, since the Wolcotts were socially prominent Philadelphians and, at a dinner party at their home, Washington either offered or agreed to have a lock of his hair cut specifically for Mrs. Hopkinson, who may not have been present at the time. “Washington obviously thought very highly of both the Hopkinsons and the Wolcotts. In fact, Washington appointed Oliver Wolcott Jr to succeed Alexander Hamilton as Secretary of the Treasury,” Bunch said. “We conducted extensive research that confirmed how socially intertwined the families were.” The presidential hair keepsake is estimated at $15,000-$25,000.

A royal lock of hair was found in the same box as the Washington memento. It belonged to Hopkinson family friend Joseph Bonaparte (1768-1844), the Count de Survilliers, former King of both Naples and Spain; and brother to Napoleon Bonaparte. Clipped on July 20, 1832, the day Bonaparte returned to Europe from the United States, the hair is framed and encased in a decorative gilt metal locket with an applied note of provenance on verso. Its estimate is $1,000-$2,000. Bonaparte’s snuffbox, estimated at $400-$600, is accompanied by a handwritten note stating it was made in Naples for Charles III, subsequently used by Charles IV, then Bonaparte. It is offered together with a Limoges trinket box adorned with a crowned “N.”

The collection also features important artworks, including a pair of 1857 Rembrandt Peale (American, 1778-1860) portraits. The subjects are Richard Colgate Dale Jr. (1810-1876), a surgeon, military officer and Master Mason; and his wife, Elizabeth Woodruff Dale. Each portrait is signed and dated, and measures 30-3/4 by 25 inches (sight). Exhibition labels from the Pennsylvania Academy of Fine Arts are affixed to the backs of their carved and gilded frames. The duo is estimated at $10,000-$20,000.

Dr. John P. Hopkinson (1801-1836), son of US Representative and federal judge Joseph Hopkinson (1770-1842) and grandson of Francis Hopkinson, created a watercolor of a Native American settlement, which he signed and inscribed. The quizzical inscription reads, “1822 Painted by a Maniac Confined in the Cells of the Alms House J.P.H. The Design his own.” Estimate: $600-$800

Rare books and ephemera from centuries of Hopkinson family libraries will be offered. Many are author-signed or have inscriptions from those who presented them as gifts, including Joseph Bonaparte. Among the many highlights is Love Is Enough by William Morris. One of only 300 such books published by Kemscott Press in 1897, it is estimated at $2,000-$4,000. William Hogarth’s The Analysis of Beauty, published by J. Reeves, London, in 1753, has two large foldout plates and the bookplate of Francis Hopkinson. Estimate $400-$800

A very early (1789) University of Pennsylvania sealed diploma written in Latin on vellum was awarded to Jonathan Williams Condy (1770-1828), a future Pennsylvania Supreme Court justice who married Elizabeth Hopkinson (1772-1840). It is signed by politician, physician and Declaration of Independence signatory Benjamin Rush, as well as other early UPenn faculty members. The auction estimate is $1,200-$2,400.

William Bunch’s auction of the Hopkinson family archive and Americana collection will start at 12 PM ET on Tuesday, June 23. Live gallery bidding will not be permitted, per Pennsylvania state orders governing the pandemic. Bidders may participate live online through Bunch Live, LiveAuctioneers, AuctionZip or Invaluable. Gallery previews are available by appointment only (provided there is no change to current government guidelines). For additional information on any item in the auction, call (610) 558-1800 or email info@williambunchauctions.com and online www.bunchauctions.com.