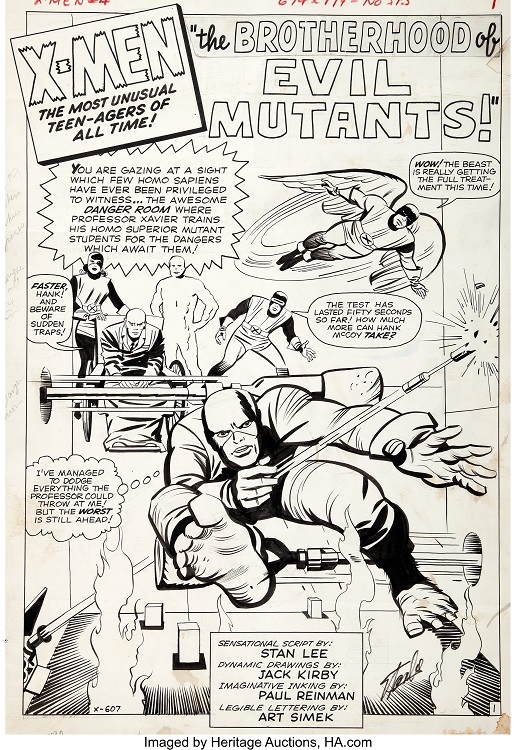 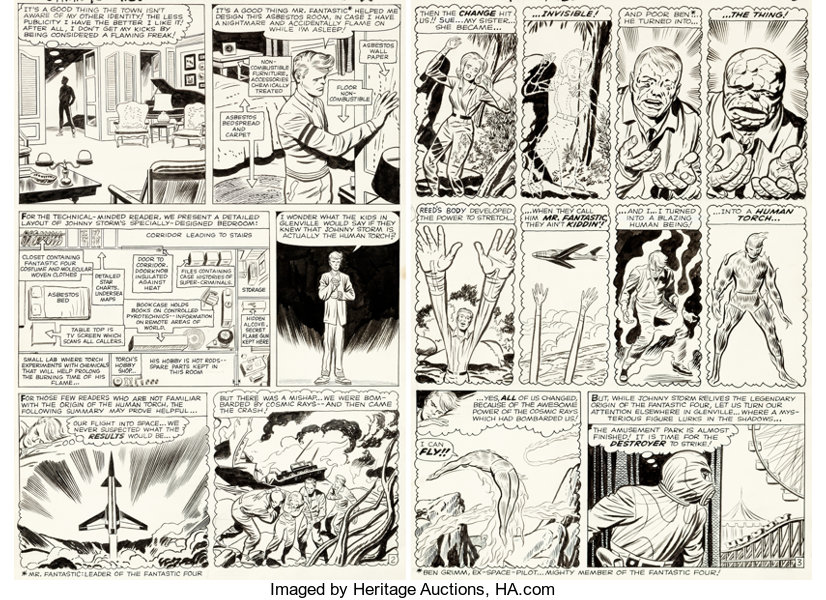 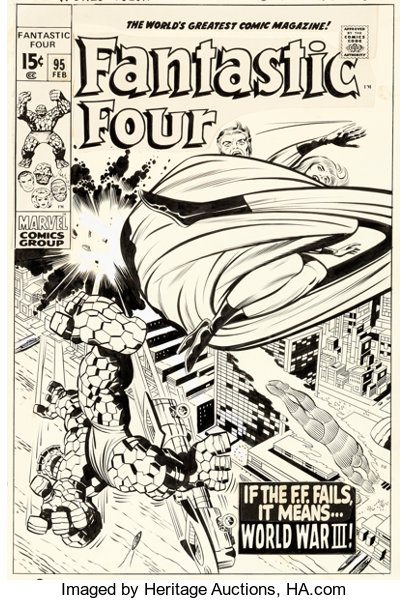 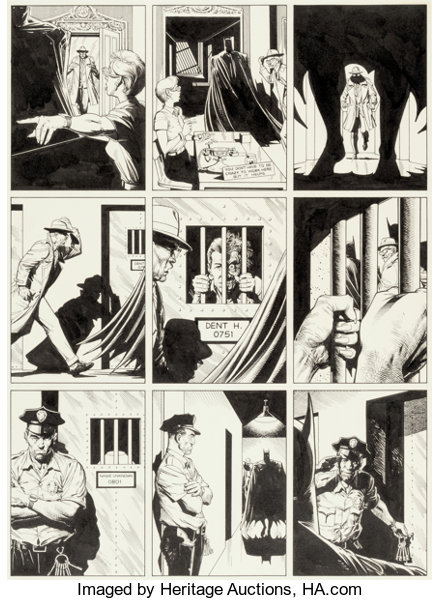 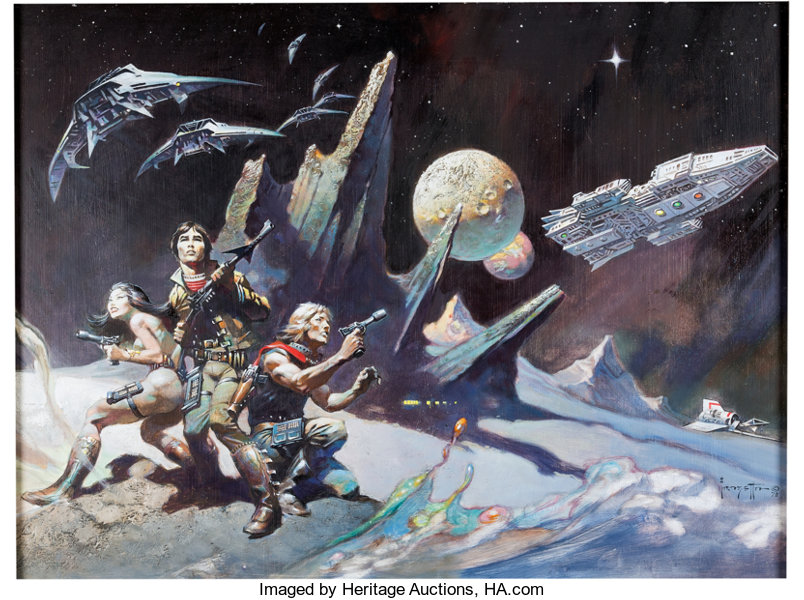 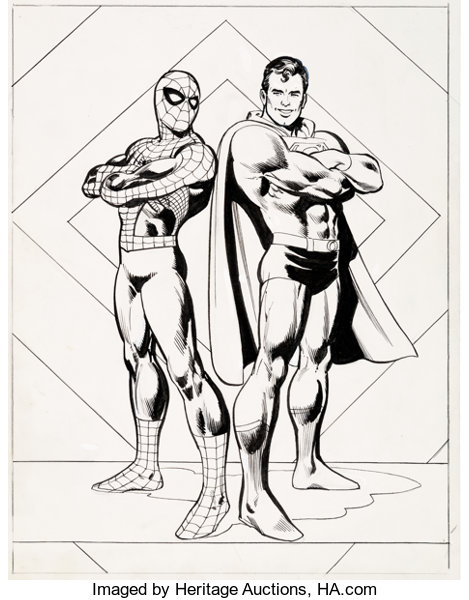 Over 500 pieces of original comic strip and comic book art are in Heritage’s Comics & Comic Art event on July 9-12, 2020. The sale features many incredible pieces by popular, influential artists, anchored by 19 pieces of original art by Jack “King” Kirby.

Among Kirby art is a splash page to X-Men #4 which shows Professor X and the X-Men’s founding five in the only page from this early issue to be offered at auction, according to Heritage. The back of the art has Kirby’s handwritten notes showing the progression of deciding on a name for Scarlet Witch, who made her debut in that issue.

“We have at least three major trophy pieces by Kirby in this event,” Heritage Vice President Barry Sandoval said. “In addition to this early X-Men splash page, there’s the two-page recap of the Fantastic Four’s origin told during the Human Torch’s first solo story in Strange Tales #101 and the Fantastic Four #95 cover featuring the entire team.”

Additional Kirby original art leading the sale is a pin-up of Alicia Masters, Ben Grimm’s girlfriend, from Fantastic Four Annual #2, the Thing’s first appearance outside of the Fantastic Four in Strange Tales #101, and a self-portrait of Kirby done with Joe Sinnott that includes his famous creations like the Thing, Doctor Doom, and Red Skull.

The auction contains over two dozen Garfield strips by Jim Davis that had never been seen in a sale before. The summer event at Heritage has original pages from groundbreaking titles and breakthrough issues, including Brian Bolland’s work on writer Alan Moore’s Batman: The Killing Joke. One of the centerpieces of this art event is a Frazetta oil painting of Battlestar Galactica’s crew made for TV Guide in 1978.

“In the 1970s, people like Clint Eastwood, Sylvester Stallone, George Lucas, Dino De Laurentiis and others endeavored to get Frazetta to paint their promotional pieces – with varying degrees of success,” Sandoval said. “Battlestar Galactica’s producers sealed the deal, and this stunning original resulted from that.”

There are two pieces by Chris Ware in this event, including the complete one-page story “Rusty Brown” from Acme Novelty Library #15. Underground comix Robert Crumb is represented with a single page story from “Kosmik Kapers.”

“The last 100-plus years of comic strips are also represented in this sale,” Sandoval said. “There’s everything from a Peanuts Sunday strip with a baseball theme, a Tarzan Sunday strip hand-colored by the great Burne Hogarth and, from 1937, one of the few Thimble Theatre dailies by E.C. Segar featuring Popeye, The Jeep and the Sea Hag known to exist.”

The selection of popular works and rarities from comic books, comic strips, and animation will cross the auction block on July 9-12.