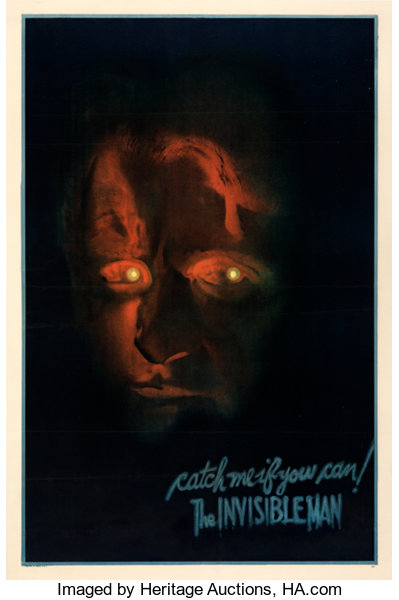 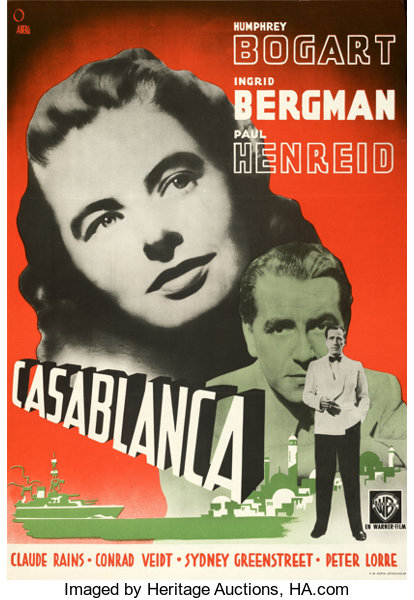 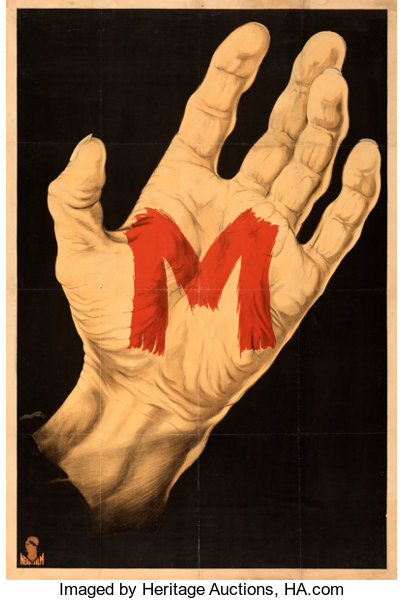 Heritage’s movie poster auction achieved some great prices, led by a scarcely seen Invisible Man teaser for the 1933 classic that scared up $228,000. The auction, which closed on July 25-26, 2020, drew the attention of over 1,700 bidders and brought in a total of $2.3 million.

“The sale was very active,” Grey Smith, Heritage’s Director of Vintage Posters, said. “A large number of bidders participated, there were strong results overall – and some records set.”

Most items exceeded their preauction estimates, according to Heritage. One was the Swedish one-sheet for Casablanca, which nearly tripled its estimate to sell for $55,000. Bidders played it again for Casablanca with two chairs from Rick’s Café Américain hammering for $78,000 – 10 times the estimate. Another big sale happened for that title when a lobby card set a record at $33,600.

Director Fritz Lang’s masterpieces garnered some of the weekend’s highest bidding. The German poster for 1931’s M opened at $31,000 and was propelled to $108,000 – setting a record for the piece. A very rare Metropolis poster from the initial US release in ’27 saw heavy bidding on its way to $66,000.

There were several record setters and more that exceeded estimates. An Italian two-fogli for the Hammer horror film Horror of Dracula opened at $9,000 and eventually set a record at $84,000. The only known copy of the Sunrise one-sheet for F.W. Murnau’s Oscar-winning 1927 movie brought $48,000. A one-sheet for 1919’s The Master Mystery, featuring Harry Houdini was offered by Heritage for the first time, selling for $43,200.

Outside of movie artwork, a “Never Was So Much Owed by So Many to So Few” World War II poster named for a Winston Churchill speech achieved $45,600. According to Heritage, that is the most paid for a World War II propaganda piece.

Among the more modern offerings, a Pulp Fiction poster that was recalled for depicting Lucky Strike cigarettes without permission sold for $6,600. A Star Wars first printing printer’s proof one-sheet also went for $6,600.