Thursday, September 24, 2020
Scoop is a totally free e-newsletter, produced for the benefit of the friends who share our hobby!
Home 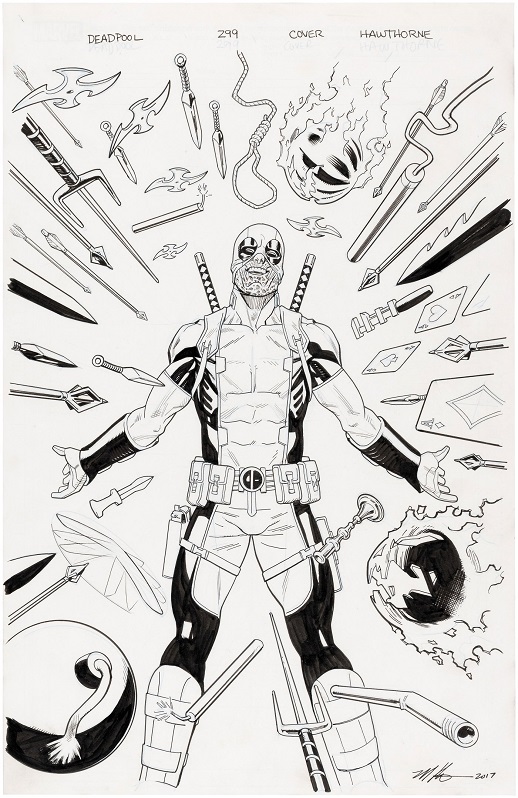 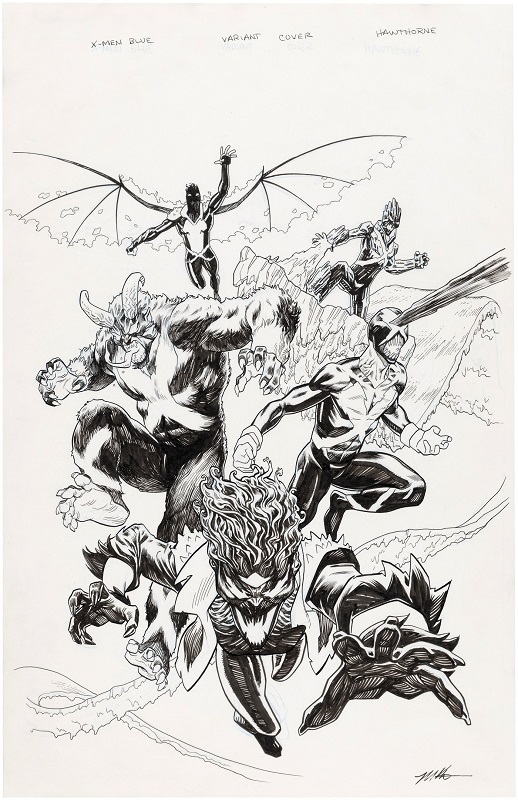 For years Harvey and Eisner nominated artist Mike Hawthorne brought Deadpool to life with beautiful detail and style. Now, fans of Hawthorne’s work on Deadpool and other popular Marvel titles have the opportunity to buy some of his original covers and pages. In their current auction, Hake’s is offering seven pieces of Hawthorne’s original art featuring Deadpool, the X-Men, and Spider-Man.

The Despicable Deadpool #293 cover pencils and inked original art depicts Deadpool sitting while pulling the petals off a daisy as an angry Rogue looms behind him with a boulder over his head. The lot contains a pair of 11” x 17-14” Marvel artboards, first with blue/lead pencil preliminary art and the second with his inked art – both signed.

The Despicable Deadpool #299 cover pencils and inked original art comes from the second to last issue from Hawthorne’s six-year run. The art shows Deadpool standing with his arms spread open with the lower half of his face exposed and smiling as weapons hurtle toward him. The weapons include some notable examples like Elektra’s sai, Hawkeye’s arrows, and others from Marvel, as well as some from the Clue boardgame. The lot includes the blue/lead pencil preliminary art and his inked art – both signed.

Hake’s Auction #230 is open for bids now through Wednesday and Thursday, September 23-24, 2020. Collectors interested in comics, original art, and other pop culture and Americana memorabilia can bid at hakes.com.