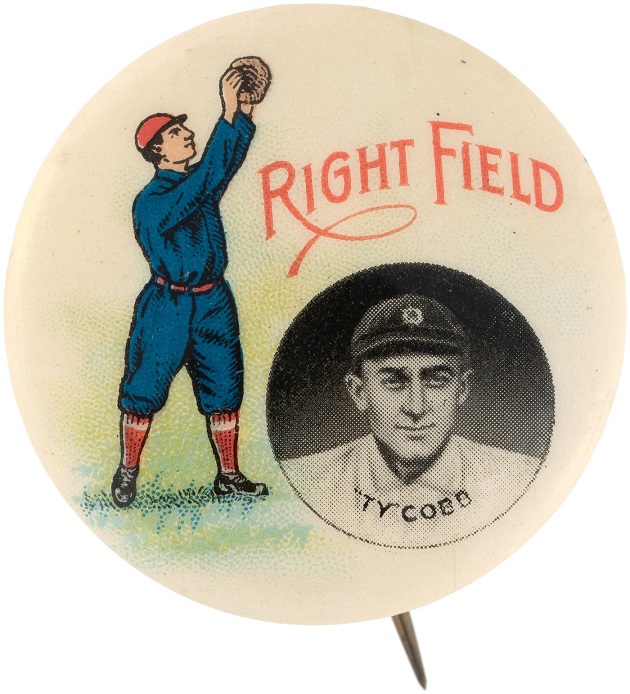 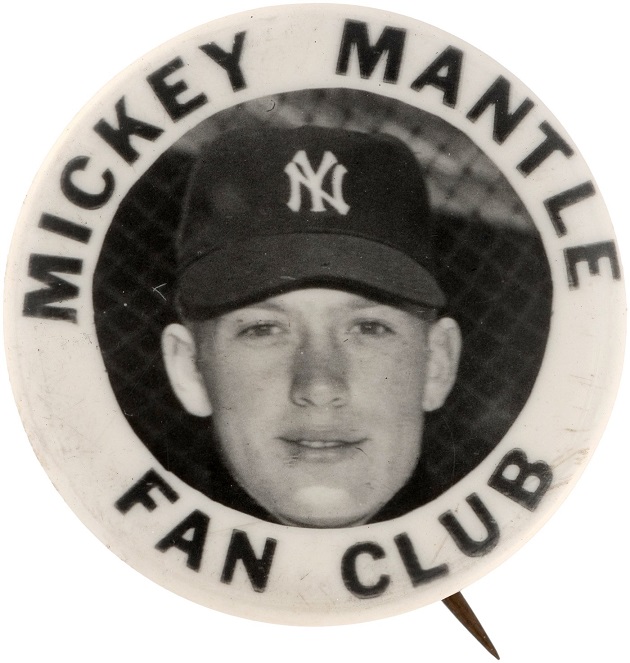 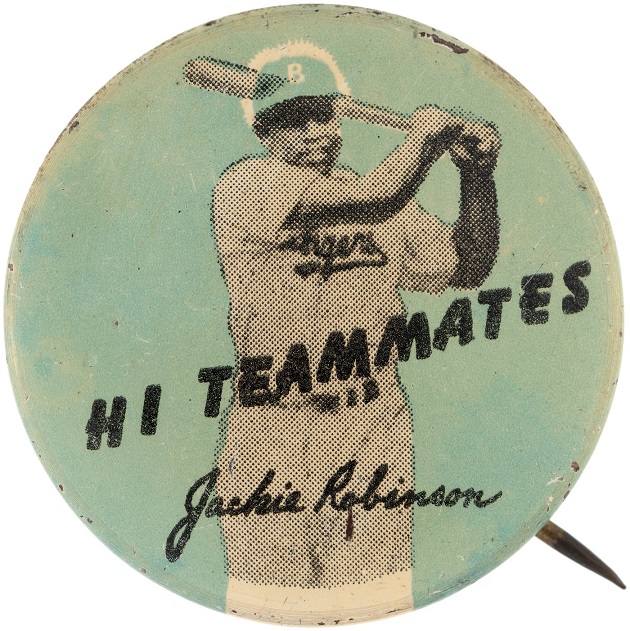 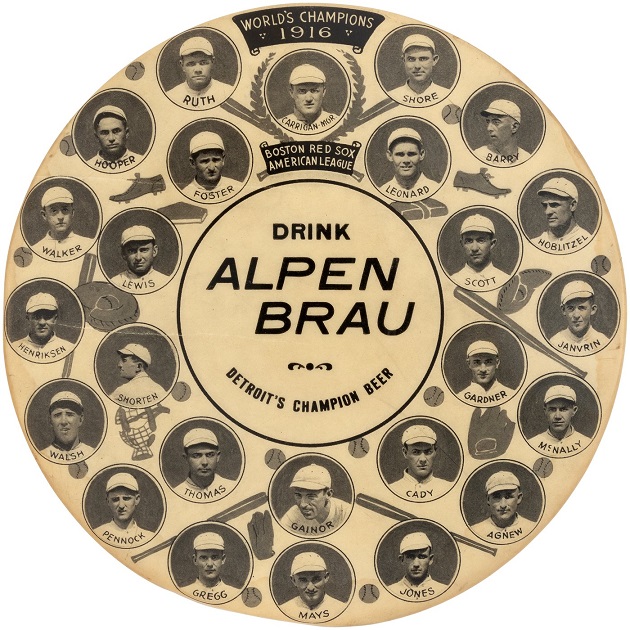 Hake’s Auction #230 is serving as the homefield for the Paul Muchinsky Collection of sports pinbacks with a focus on baseball and boxing. Muchinsky, who got his first pinback button in 1958 at the World Series, was an authority on the hobby who shared his knowledge by writing two books, Baseball Pinback Buttons and Boxing Pinback Buttons. For this auction, Hake’s is swinging for the fences with nearly 200 lots of material from Muchinsky’s collection.

The 1952 Mickey Mantle Fan Club real photo button is 1-1/2” with a portrait of the player. Considered the most desirable Mantle button, it was originally available for a short time by mail only to members of Mickey Mantle’s fan club.

Another exceptional lot is the circa 1947 Jackie Robinson “Hi Teammates” button. It is a 1-3/8” litho with photo images of the player and facsimile autograph and is the only example known to Hake’s.

Also seeking a grand slam is the 1916 Boston Red Sox American League/World’s Champions with Babe Ruth advertising button. Its 6-inch diameter makes it the largest baseball button made up to that point in history. It is also the only known example.